Five Classics To Get You Into Reading 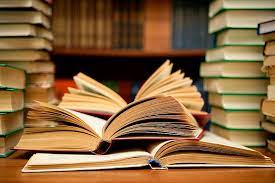 Reading can sometimes be a daunting hobby to get into. So many different genres, authors, and tropes... For a beginner, it can be hard to find their niche within the literary community; especially when it comes to classics. Classics in literature are books that have gained significant social acclaim, either during or after the author's life and can be characterized by being considered complex or hard to read due to the periods they were written in.

The evolution of language has led to the development of new words and the replacement of others, making understanding the language used in early literature, not the easiest to wrap one's head around. On this list, you will find a selection of easy-to-read classics that still have that sophisticated writing style.

The Picture of Dorian Gray by Oscar Wilde -

This 19th-century novel tells the story of a beautiful man in London who sells his soul in exchange for eternal youth with the help of a painting. Furthermore, Dorian is corrupted by the aristocrat Lord Henry into engaging with debauchery and the concept of art for art's sake. The reader follows Dorian's gradual descent into madness as a consequence of his actions while his friend, Basil Howard, makes countless attempts to bring Dorian back to being the pure, kind-hearted man he was before, but his efforts are in vain and he ends up paying a high price.

Focusing on themes of hedonism and the fin de siecle of the 19th century, the writing is beautiful and filled with metaphors that enhance the themes discussed in the book. It is pretty short, making it a quick read, perfect for the autumnal season due to its gothic genre.

Engaging with suicide, the consumption of illegal substances, and murder, this novel is not for the faint of heart.

The Handmaid's Tale by Margaret Atwood -

A modern novel set in a dystopian future ruled by a totalitarian and theocratic state where women are assigned specific roles within society. Due to pollution and the degradation of the planet, most women have become infertile and our protagonist is a handmaid whose role is to bare the children of elite couples who are unable to conceive.

We follow her life once she has already been a handmaid for some time and although the reader never discovers her real name, the name given to her is the word 'Of' followed by the first name of the patriarch of the household she is conceiving for; in the protagonist's case, Offred.

Moreover, it is a gripping novel that will make you reflect on society and the way we treat women and our planet. Written in 1985, the novel focuses on a future not too far from the times we are currently living in and opens your eyes to the social issues we face every day. This is a great novel to start a conversation about the dangers of modern-day politics, the global warming crisis, and women's rights.

Themes of sexual assault, tyranny, and death are prevalent in this novel.

This short story was first published in an Indian Ladies' Magazine and was written originally as an exercise for Rokeya to prove her mastery of English to her husband. The story follows the narrator's dream of a feminist Indian utopia where a woman named sister Sara takes Sultana on a walk around the city where there are no men.

Essentially, societal roles are reversed; women are the only ones that attend university while men are limited to the household and women do not wear veils when they walk out onto the street. Sister Sara explains how this societal change took place and the advantages it has. Published in 1905, Sultana's Dream is ultimately a progressive exploration of feminism and Indian society.

One of the most famous detective fiction writers, Conan Doyle has written over 200 pieces of work throughout his life, most distinctively, the short stories he published in the newspaper regarding Sherlock Holmes and his trusted side-kick, Dr. John H. Watson. Together they embark on a series of adventures, solving convoluted mysteries with many twists and turns and unexpected endings. A good choice if you enjoy short stories packed with action.

If you prefer longer format stories, Doyle also wrote novels dedicated to Sherlock Holmes such as A Study in Scarlet and The Sign of Four. Much like the short stories, these novels follow Sherlock and Watson as they solve crimes and mysteries.

Despite being able to read the stories and novels in any order, the reader can also choose to read them chronologically as there are references to different cases within the stories allowing for an immersive experience and a deeper understanding of when each story takes place.

Due to the high volume of stories Doyle wrote, there is plenty of material to choose from. Simply decide on the title that most strikes your fancy and enjoy!

The House of Bernarda Alba by Federico Garcia Lorca -

This Spanish play was written in 1936 and follows the lives of a group of sisters and her mother after the death of the mother's second husband. The play explores the moral tyranny the mother, Bernarda, exerts over her daughters and the different expressions of rebellion and submission the daughters show in exchange.

After his death, Bernarda imposes an eight-year mourning period for her second husband and forces her daughters to follow suit. each of her five daughters reacts differently to this decision and the diverse personalities each daughter has, create a melting pot within the household, culminating in a final tragedy.

Jealousy, tyranny, and rebellion make this play a fascinating read (or watch) and offers a glimpse into the Spanish society of the time.

Ultimately, literature is broad and ensures that there is something for everyone to enjoy. This varied selection of texts demonstrates this diversity and encompasses multiple different genres engaging with important and prevalent issues within society.

Reading is a great way of learning and understanding so that we can enrich our minds and thus be able to educate others as well.

The Environment and E-books and Physical Books

Why Not Give Up On Reading?