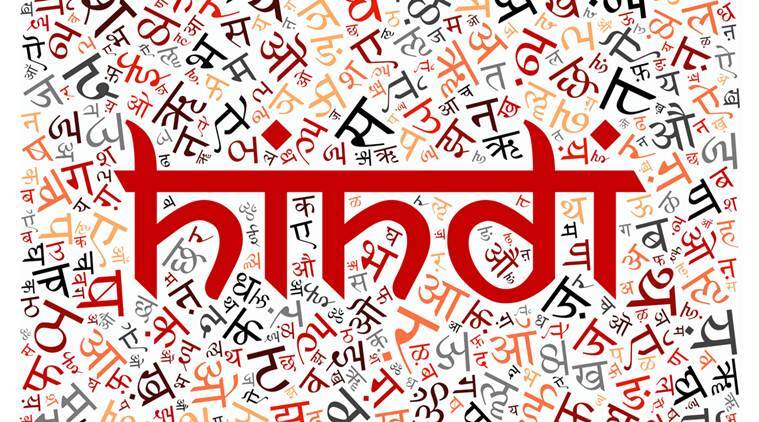 Every independent nation has its own language, which is its pride. For national unity and stability of the nation, a national language is necessary. The Hindi language is the official language of India.

Since 1953 at the request of RashtraBhasha Prachar Samiti, Wardha, 14th September has been celebrated every year as Hindi Diwas all over India to show the importance of the Hindi language in every region.  This day also signifies the cultural incorporation of the 'Devanagari' script and the unification of primarily Hindi speaking Indian states; thereby, celebrating major literary pieces that have enriched India's literary resource as a whole.

Hindi Diwas marks the day when Hindi became the official language of our country. This day reminds us of our roots. It reminds us of who we are and connects us to our past. No matter where we go, our language, culture, and values must stay with us.

In today's time, people are more inclined towards learning English, as English is used all over the world. While English is a worldwide language and its importance cannot be ignored, we should not forget that we are Indians and we should respect our national language. The adoption of Hindi as the official language proves that those in power recognize their roots and want Hindi to be given importance by the people.

India is greatly influenced by western customs. Indians want to dress like people in foreign, follow their lifestyles, and speak their language. They hardly care about Indian cultural heritage. While they praise the lifestyle of people in the West. Hindi Diwas is celebrated to pay respect to not only Hindi but the culture it brings with it.

Hindi – the fourth widely spoken language in the world

Hindi is the fourth widely spoken language in the world, with India having a majority Hindi-speaking population. Most of the countries where Hindi is widely spoken are Nepal, Pakistan, Mauritius, Guyana, Suriname, and Fiji. People all over the world love Hindi songs and Hindi movies which clearly defines the affection towards this language.

Why is the Hindi language not getting priority?

Even though Hindi is the fourth widely spoken language in the world, people don’t give importance to Hindi. In most of the schools, colleges, and offices English is given more priority and Hindi lags behind.

It is common for parents and teachers to stress the importance of learning English, as it helps a lot in securing a job. It is sad to see that even for jobs and educational courses people have to be smart as the hiring executives select them based on their knowledge of English. Many people lose work opportunities simply because they cannot speak English fluently even if they have good working knowledge. Hindi Diwas is an attempt to awaken people and inculcate respect in them for the Hindi language.

Many schools and other institutions celebrate Hindi Diwas every year. Here are the special celebrations organized in honor of this day:

A function is organized in Vigyan Bhawan New Delhi in honor of the Hindi Diwas. On this day, Rajbhasha Awards are also given to the Departments, Ministries, Nationalized Banks, and Public Sector Undertakings. During the World Hindi Conference which was held in Bhopal, Prime Minister Narendra Modi talked about the importance of our Hindi language and said that “Soon English, Hindi, and Chinese languages are going to rule the digital world.” Due to the ruling Bharatiya Janata Party at the center, there has been an increase in the importance and recognition of the Hindi language and Hindi Divas.

In 2017, Union Minister Rajnath Singh (current Defence Minister of India) had also raised the issue of official language status for Hindi in the United Nations and told the importance of the Hindi language.

Let us know some fun facts about the Hindi language:


For those of you who are ashamed of speaking Hindi, let me tell you that English itself has borrowed a great number of words from Hindi. Avatar, yoga, bungalow, guru, jungle, khaki, karma, loot, mantra, nirvana, pajamas, typhoon, shampoo and thug, etc are some of the words which are used in the English language as well.

There are multiple benefits of learning another language. So, these are some of the reasons that you should learn the language if you already don't know, & teach your kids and make them aware of this language.

Hindi Diwas is celebrated with great enthusiasm in various regions and places. But there are many people who don’t even know about this day. It is time that people should recognize the importance of this day as it is a day to remember our national language and our cultural base.

This Hindi Diwas makes people aware of our dying language, Hindi. Let's show the world the importance of the Hindi language in our lives. All of us Indians have to stand by it, only then will Hindi be respected.