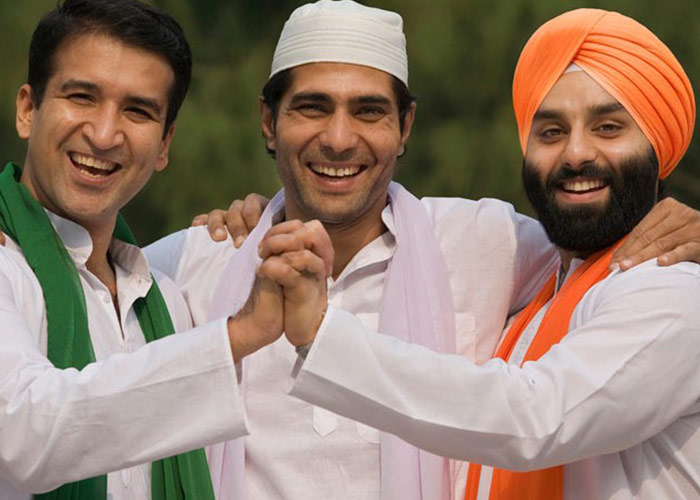 India is a country with geographical and cultural diversities. Here, on the one hand, we have mountains covered with snow throughout the year, and on the other hand, some regions remain warm throughout the year. Along with this, cultural diversity also arose here due to hundreds of foreign invasions on India and almost two hundred years of imperial rule. People of nearly all major religions of the world reside in India and live happily with each other. The languages ​​of the people here are also different according to the regions where they reside. All these differences can strike any outside observer and make him suspect that India is not a country but a huge group of small blocks, with each having its own distinct culture.

But have we wondered why is this so? Do we really have a habit of living in diversity, or do we just tolerate each other? In my opinion, the word 'tolerance' in a positive way entirely is disputed because, on one side, we took pride to be called ourselves as a Diverse country. Still, on the other side, we also say that we are tolerant of different cultures and religious identities, whereas we should say that we are happy with each other and not like that; we just are tolerating each other. But whatever we think, no matter how much we play with this kind, sophisticated words, but the reality is somewhere that we tolerate each other for peaceful survival.

In a recent survey done by Pew Research Centre about religions across India, all Indians share the same views about religious tolerance as a central part of who they are. Across the major religious groups, most people say it is essential to respect all religions to be "truly Indian." This research looks very positive, but as soon as we move forward a few paragraphs, we will understand that the word tolerance is a reality of our society.

The report stated, "Yet, despite sharing certain values and religious beliefs – as well as living in the same country, under the same constitution – members of India's major religious communities often don't feel they have much in common with one another. The majority of Hindus see themselves as very different from Muslims (66%), and most Muslims return the sentiment, saying they are very different from Hindus (64%). There are a few exceptions: Two-thirds of Jains and about half of Sikhs say they have a lot in common with Hindus. But generally, people in India's major religious communities tend to see themselves as very different from others."

Yes, we are segregated not nationally but locally and traditionally. This is evident from the fact that Indians generally stay with their own religious group when it comes to friends. According to the survey, not only Hindus who constitute a significant chunk of the population but also some of the minority religions such as Jains and Sikhs all generally stay with their own religious groups. The same happens when it comes to neighbours. A significant population of Indians prefer neighbourhoods with the majority of their own religious groups, and many people also prefer to keep people of certain religions out of their residential areas or villages.

According to the survey, "many Hindus (45%) say they are fine with having neighbours of all other religions – be they Muslim, Christian, Sikh, Buddhist or Jain – but an identical share (45%) say they would not be willing to accept followers of at least one of these groups, including more than one-in-three Hindus (36%) who do not want a Muslim as a neighbour. Among Jains, a majority (61%) say they are unwilling to have neighbours from at least one of these groups, including 54% who would not accept a Muslim neighbour, although nearly all Jains (92%) say they would be willing to accept a Hindu neighbour."

This is not a hidden fact. We have always known this fact, and sometimes even if we do not want to, we also recognize this segregation by saying that it is essential to keep the peace. How confused we are?

Indians who promote a society that has religious segregation also make religious tolerance an overwhelming emphasis. In other words, the concept of religious tolerance of the Indians does not always involve the blending of religious communities. This means we were still living in 1947 when our ancestors divided the nation to live peacefully rather than solve the country's problems.

Is Communal Violence is responsible for this?

According to the survey, people from almost all religions identified communal violence as one of the biggest problems faced in India, and that's the main reason behind this historical segregation. North India have more segregated areas than South India. One of the main reasons behind this is North India faced more communal violence than South India, but different researchers have different views on this topic. More cases of communal violence in North India occurred because the North faced more barbaric Islamic invasions than the South did. Because of this, South India didn't lose as many temples and power to bloodthirsty invaders, and most of their ancient sites, traditions and languages are intact to this day.

Another valid reason for this is British rule is responsible for this communal divide because the British did so many things to bring the cracks in society. They did systematic segregation based on religious and caste lines which further grows the enmity among people, and because of this, the religious identities are stiffened.

This historical but systematically done segregation not only lead to the partition of the Indian subcontinent but also grows the fears among today's generation, and this segregation leads to a furthermore divided society. Due to which people do not get to know much about each other's religion and cultures. And people are not able to tolerate each other's beliefs and feelings, due to which the communal tensions increase further in an area. This tension increases the migration of people from a place where they may have been born to where a homogenous population live more or where their people live so that they can feel safe. That's why some people accept segregation as a natural phenomenon.

Not immediately, but after taking some time, this segregation is acting like a time bomb that can explode at any time. Like it exploded in 1947, and no one could stop it from bursting because it takes time and hard work to defuse it. Nothing happens in one stroke.