How To Stop Procrastinating And Start Succeeding In Life 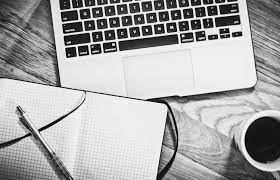 Procrastination ends with Just getting started.

"Start" is the end to procrastination, which is the biggest secret of success.

I completed a Content writing course a month ago and was not doing enough to determine if I have achieved something. I wondered if Ryma would appear soon and tell me something to sort out my situation. I was waiting for her, and she finally appeared last Sunday. I was in my study room watching the roof aimlessly when she suddenly happened to enter my room singing one of my favourite songs. I got up from my couch and hugged her warmly. Still, before I could speak, she raised her hand to stop me and addressed me," I know you were waiting for me to figure out where the hell your content writing course is aimed to take you" I punched her in the stomach and said when you knew that I was waiting for you then why did you take so long to appear. She shrugged like it wasn't a serious matter to her. I wished to hit her in the head with a chair, but I couldn't take a risk like that. "You can do that, but it is only in your imagination you can ever hurt me with anything", Ryma murmured. I dropped onto my couch helplessly, knowing I was so small before her. Ryma, hearing my these thoughts as well, said that she could give me a lecture on these thoughts too, but now she has significantly less time, and she had to tell me something that could conclude what my content writing course has for me.

Ryma started her O'log. "Once I was standing near the main café at Punjab University with a group of friends when a professor asked me what time it was, and I told him ten minutes past the actual time. He stopped near us and started to smoke. I chatted with him, and after ten minutes, he left. The next day he found me again near the main café and told me, "I got late for my class because of you, my friend. You and your friends might have enjoyed your joke but lost your credibility". He added, "One should never compromise one's credibility if it is lost once one cannot regain it. I apologized heartily, and thus we became friends; we used to meet every day, drink tea, and chat. I told him one day, "I want to see the whole world. I want to be Marco Polo; what should I do?" I will tell you the recipe to see the whole world in just one hour he replied. You will become Marco Polo in just one hour, he added. He further asked me to arrange a car for a visit outside Lahore.

I borrowed a friend's car, managed the fuel, and reached the professor's house. He sat with me on the front seat and ordered me to go towards the river Ravi. When we reached the river, the professor ordered me to cross and enter the Shahdra precincts. I took him to Shahdra precincts. He got off the car, and looked at the river Ravi smiled and said, "You have now become Marco Polo".

I looked at him in surprise, and he said, "The world always starts with a neighborhood. The day we leave our city and step into another city, our journey to become Marco Polo starts on that day. I told you today." Crossing the Ravi River is your job now," he paused and said, "there is only one way to do anything in life, and that is "let's start". Just starting means, the training will happen with time. After hearing this advice, my thoughts ran wild, and my mood immediately improved.

It was one of the first self-development lessons of my life. "Just get started." Ryma stopped and sipped some water from my bottle, then she started again, "Believe me, this is not just a phrase; it is magic. There are two thousand seven hundred and fifty-five successful people worldwide. Their business models are different, but one habit is common among these two thousand seven hundred and fifty-five people: "start".

They had begun a project, which was later discovered. They all acknowledged in their life stories having numerous friends and teachers who were more intelligent, fitter, and more complex workers than they were but who were far behind them in the life race. Among these two thousand seven hundred and fifty-five, drop-outs were dismissed from educational institutions by declaring them unfit and less intelligent. Still, they nevertheless achieved great success in life. While their classmates were intelligent and Toppers, they were also left behind in the race of life. Why? The question is, what was the difference between the two?

Data proves that all successful people have the same habit of getting started. Similar to successful people, failed people likewise have the practice of "not starting." Every failed person constantly reflects on how he is sick of listening to advice. But only one factor—"start"—can distinguish between success and failure. You should just get started if you want to succeed.

Ryma stopped here and sipped some water again. Her face has gone pinkish with speaking in flow for so long. Then she described an event from "Seerat-U-Nabi" (PBUH). A man came to Prophet Muhammad and described his poor condition. He said that he had no job and he and his family were starving. What's in your house? Asked Prophet Muhammad. He said, "A bowl and a blanket, prophet Muhammad (PBUH) ordered him to bring those things. When he brought all his stuff, prophet Muhammad sold those two things, gave him the money, and said, "Go buy some food for your family with half the amount and buy an axe with the rest of the money."

The brain behind this incident of Sirat-U-Nabi was also "Start". He neither made a business feasibility nor conducted a market survey. He did not ask the man about education and skills either. He just ordered an immediate start which got him back on his feet in a few days. People often complain about their lack of funding for their businesses. I want to assure them that when they conduct business, money will follow. I want to advise people to "Just Start" to run a successful business.

You, too, can make progress toward success Sadaf. There are countless examples where people began working, Allah rewarded their efforts, and they attained their objective. Ryma stopped again, took a deep breath and started again, "I read about a Pakistani physician. He was a medical student until an accident left him permanently paralyzed. The doctors informed him that he would never again be able to leave his bed. However, the young man was unwilling to follow this prescription. One day, he kept attempting to elevate his paralyzed legs but failed. He persisted in trying, though, until one day, he felt a movement in one of his legs. His movement grew till he was standing on the floor out of his bed. He fully recovered, enrolled in a medical school, completed his MBBS, and eventually graduated as a doctor. He began to heal people afterwards.

He published a book titled "The Third Birth" and demonstrated a new way of living to thousands of courageous people.

Ryma paused and spoke after some minutes. "I once met a businessman. He is currently the owner of 145 stores across the country. The man told me that he was clueless about what to do and how to earn a living. He used to think of many business plans, but something needed to be fixed when his father went to the grain market one day. He loaded sacks of sugar, rice, and flour in a loading car, brought it home and opened a grocery store in his drawing room. The man added, "When I had my first customer, my father called me out and told me that my business had started. Then from that day, I never looked back. I am growing my business daily, and it has spread across the country."

Ryma said, "I would also advise you, whatever you want to do in life, don't plan long and far; just get up and start." Once you start a journey, nothing can stand in your way. Also, remember that only travelers arrive at their destination, while those who wait for the voyage can not cross the threshold of their house all their lives.

After this healthy meeting, I concluded that taking a decision is the key. Only by deciding to act will an issue be handled once it has emerged. Procrastination indeed refers to "not deciding at all," not waiting. I once read somewhere, "The good thing one can do to a rising problem is doing the right thing. The better thing to do is to do the wrong thing, but the worst thing to do is to do nothing at all. So, to climb the success ladder, one must end procrastination. To quit procrastinating is to decide to stop it. So let's start deciding!