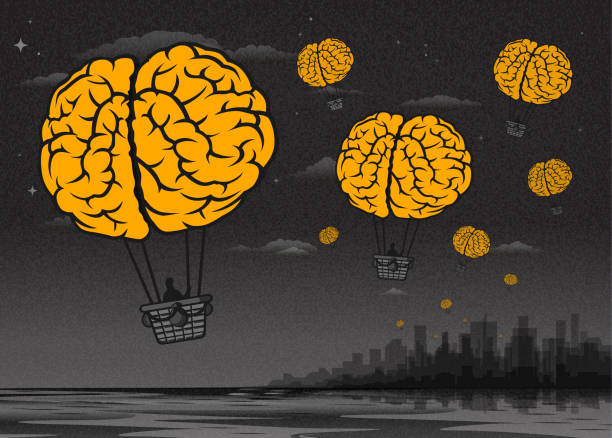 While I was surfing the News Website, Immigration Census data popped up, revealing five lakh people have given up their Indian Citizenship and have migrated since 2015. I asked myself, “Does really migrating abroad prove a game-changer in someone’s life? I was very young when I watched Yeh Jawaani Hai Deewani for the first time. I remember being so thrilled and excited to watch the movie that was so theatrical. The movie is so beautiful and aspirational that it makes you believe that you should follow your passion and get success in life. The main lead role Bunny goes out of India to complete his dream. As I grew up, my frame of reference changed by watching that movie. My ideologies were shifted, and I had a mindset that abroad countries provide better opportunities than India. Not only the fictional characters but also my neighbors brag about their son studying in Canada.

The National Science Foundation has stated that there has been a massive fuel in immigration. The statistics revealed that it increased from 3.4 million to 5.2 million immigrants in 2020.  The roots of this concept, germinated after World War 2, when there was utmost hostility and the countries were economically drained. A bulk of skilled scientist emigrants had migrated from Western Europe to the United States. There is so much history to this too. In the period of ’60s, intended labour had migrated to Mauritius, Fiji, or Madagascar. Scientists, Engineers, and Doctors had flown off to the US, UK, Canada, and other countries in search of better opportunities and even at that time, they easily got visas.

There is no denial of the fact that the biggest Brain Drain is and has been of Indians. The Politicians who claim to be the greatest nationalists have their children studying in foreign countries. It’s not surprising that out of 56 ministers of Modi’s government 12 ministers have sent their children to foreign universities. A BJP minister, who wished to stay anonymous, had commented, “There is no denying fact that Oxford, Harvard, Cambridge have a much bigger reputation than Indian Colleges.” Isn’t it suspicious that if the political leader is so firm in his/her decision, he/she would have openly given the name? The sad thing is that these children and their future generations will start their livelihood over there. And then in a quick span of time, they will adapt to their culture, losing Indian identity and blurring traditions and customs of India. There is no gratitude for the country, where they had grown up, enjoying leisure time, and even are embarrassed to be called Indians.

Indian Americans who constitute 1% of the US population are owning one-third of Silicon Valley. About 8% of Indians are the founders of high-tech startups. To everyone’s surprise, Kamala Harris, the first female Vice President of the US has her roots in India. Her mother, Shyamalan Gopalan originally belong to the southern city of India, Chennai. When she was a teenager, she migrated to the United States to pursue a doctoral degree from The University of California, Berkeley. Not only Kamala Harris but Bobby Jindal and Nikki Haley who served as Governors of Louisiana and Carolina are of Indian origin only. Currently, 2% of the Fortune 500 companies, which includes Microsoft, Alphabet, Adobe, IBM, and Master Card are led by Indian CEOs. Indians have always been intrigued by the western lifestyle, which as a result is fueling up the migration process.

For years, the migration rate is increasing and the remittances have fallen. The government should encourage the NRI’s to come back to their nation. But at the same time, it is important to ask, why are people leaving the country? Does India provide the opportunity which the youngsters are searching for? Definitely not. In September 2021, the unemployment rate is 7.8%. The UN has raised a concern that India will face a severe job crisis in the next 35 years. The question we need to ask amidst this lukewarm job creation, it is appropriate to ask the brain that has been drained out to return to India? About, 306,000 are studying abroad but only 46,000 students come back to India, which counts for less than 1% of international mobility. The government is now working on the Reverse migration strategy, where they are offering scholarships to students to study in International Universities with the condition to come back to India.

A viable option to reduce this issue is to encourage the startups. Companies like Oyo, Ola, Money Tap, Udaan, etc. have topped the charts in 2021. Startups have a good hold in the marketplace, where it will drive many job opportunities. With high skill labour and proper economic stability, India is assumed to become the startup hub of the 21st century. Sounak Mukherjee, a researcher at the Indian Institutes of Science, Education, and Research said, “The biggest issue for research is the lack of funding. Indians are great with ideas, especially in achieving goals more easily and cheaply.” She added by saying, “The so-called Brain Drain eventually decreases the research quality with the brightest minds migrating to abroad.” Other countries succeed due to brain drain.

Migration is intertwined with globalization. Reverse Brain drain is practiced now where people are migrating to other countries, contributing to sustainable development. The people across the borders are proposing ideas that are introduced in the market, providing opportunities unavailable in that country. But certainly, the case is different in India. Our ideas and opportunities are being migrated to foreign countries leading to a downfall in the growth.

The Brain Drain has to be stopped. According to World Population Review, the people of the United States have taken the utmost pride in their country. Indians should be induced with the feeling of nationality. I hope there be will a time when there is a long queue in front of the American Embassy in abroad countries to take Indian Visa. The talent should not go away.

Bruises of Migration : Looking out Looking In