Is it Okay for an 18-year-old to have an OnlyFans? 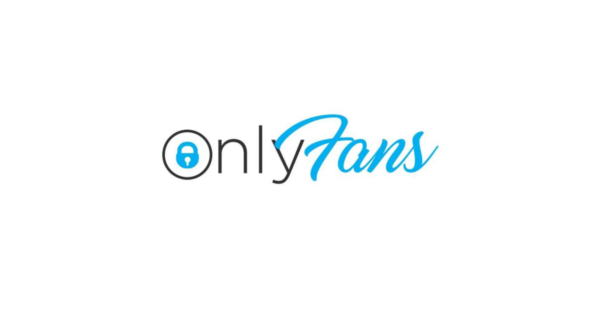 I’m sure every parent’s worst nightmare is having their child be on OnlyFans, and according to Charlie Sheen, he is not happy at all with his daughter creating an account.

OnlyFans is a subscription-based platform that allows creators to share and monetize their content which can be explicit. OnlyFans lets users post content behind a paywall, which fans must subscribe to for access. Celebrities such as Carmen Electra, Bella Thorne, Shanna Moakler, and Cardi B have joined the site to take control of their image and interact with fans.

The site became popular during the early months of the coronavirus pandemic when numerous sex workers joined to get paid more safely. The site has done tremendously in moneymaking for some people, earning them thousands every month.

Charlie Sheen and Denise Richards were married in 2002 before splitting up in 2006. Together they share two daughters 18-year-old Sam “Sami” Sheen and 17-year-old Lola Rose Sheen. The eldest daughter, Sam Sheen, has joined OnlyFans, and her father dislikes the idea and has shared some thoughts.

"She is 18 years now and living with her mother," the former "Two and a Half Men" star told Fox News Digital on Tuesday via his publicist Jeff Ballard. "This did not occur under my roof. I do not condone this, but since I’m unable to prevent it, I urged her to keep it classy, creative and not sacrifice her integrity."

Richards is aware of the situation and responded to Sheen’s thoughts by saying, "Sami is 18, and this decision wasn’t based on whose house she lives in. All I can do as a parent is guide her and trust her judgment, but she makes her own choices."

I understand both parents' points. Sheen is Sam’s father and is protective and doesn’t want to share her body or explicit photos with the world. However, I agree with Richards that she is legally an adult and can make her own decisions. Richards possibly disagrees with her daughter’s choice, but she’s grown, it’s her life, and she must live it by making certain choices and mistakes and learning from them. The worst idea you could ever do is force your child not to do something. That is not good, and it will only backfire.

Sam took to Instagram on Monday to announce her new OnlyFans page.

"Click the link in my bio if you wanna see more," she captioned a photo of herself wearing a black triangle bikini. She also promised to "upload new content 2-3 times a week."

"My messages are open so come talk to me!!" she added.

I hope Sam is careful of what she posts but maybe she doesn’t have to because as stated by Bustle, content creators or influencers use Onlyfans as a lucrative extension of their existing social media accounts. Since the site allows fans to directly chat with users, it encourages creators to foster personal relationships and build deeper connections with their fans. And because of the site's lack of content restrictions, creators can post content that wouldn't be allowed on other social media sites.

Examples include musicians posting exclusive performances, fitness influencers sharing their workout routine and advice, chefs, gamers, and comedians and podcasters using the platform to display their premium content to their core fan base.

Since Sam is an influencer, her posting explicit photos may not be the only thing she does. When Sam announced her new OnlyFans page, the world reacted positively and negatively. Some were surprised, and some were not shocked due to her father’s past. If you didn’t know, Charlie Sheen has been accused of sexual assault, has a history of substance abuse and legal issues, and is HIV positive. As a result of Sheen’s past, people are not surprised that his daughter is on Onlyfans despite him being against it.

On June 15, 2022, Richards commented on her daughter’s Instagram post showing support stating, “I will always support you & always have your back; I love you.” The 51-year-old’s comment received over 1,000 likes. Sam replied, "I love you thank you.”

Richard's support comes a few weeks after she reconnected with her daughter. In September of last year, Sam alleged in a since-deleted TikTok video that she was "trapped" in an "abusive home" while living with her mother. In February of this year, Richards revealed they had a strained relationship.

"It’s very difficult," said Richards. "I know we’ll get back to where we were eventually, but right now, it is strained."

At the time, Sami moved in with her father, 56.

"Obviously, I would love for her to live with me," said Richards. "She lived with me all these years. But I think it's very difficult raising teenagers now and especially in Los Angeles when there's access to everything. We didn't grow up with Postmates and Uber, where you have everything that you want. There are certain rules and I enforce them. And there's different rules at that [Sheen's] house and that's OK."

I’m glad that they were able to rebuild the relationship. And it’s great that Richards defended and supported Sam on her decision. She stood by her daughter while Sheen commented on the situation to a news source disapproving. Then again, why even comment on this to the public, shouldn’t something like this be said in private to your daughter and her mother? Sheen probably commented on this because some think it’s his fault his daughter created the account. In the end, Sam is a legal adult, both parents should accept and support her decision, and not comment on the other person's parenting.