Is Technology taking over this generation? 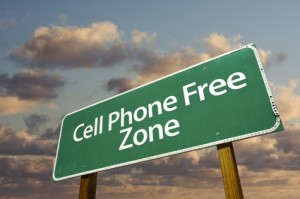 Is Technology Taking Over This Generation?

Today’s generation is so invested in their phones that they do not see the world and reality around them. Is it ruining today’s generation that we are becoming so reliant on our phones, tablets, and laptops that we have forgotten what it is like to have a conversation? Today’s young people have a phone by age six and then when they are growing up, they are given iPad and phones to shut them up in public and not cause a scene because of this they are turning into iPad kids and technology freaks.

How much of technology’s influence is healthy for us? We hear and read everywhere that we should limit our time on screens, and we tell our kids that they should go out and play in the fresh air and not be cooped up inside and stuck behind a screen 24/7. There are so many downfalls to letting this happen. Old folks can remember going out and playing games till it got dark and trying to stay out late with their friends. Today’s generation will not ever know that feeling. It's just going to progressively get worse and worse over time.

Technology at our work

Another downfall of using technology is it makes us lazier every day because we can now order food, can contact doctors, and can do everything via technology these days and it is not helping. As humans, we need to be active and do things to keep us healthy and keep us from dying off so young. We also procrastinate so much because we get sucked into technology so easily. It also decreases creative and think-out-of-the-box skills because technology is doing most of the hard work.

Accidents while using our devices

More accidents happen every day just because of technology. According to the Newyork post, more people have died from selfies than they have from shark attacks. You could also get carried away with your phone walking out into the middle of the road or fall off a cliff due to mobile games or entertainment apps. Yes, it seems silly, but it happens more than you think and more than you realize.

There is more unemployment caused by technology. This is because so many people's jobs are being automated. People are no longer needed for certain jobs because technology can do it more efficiently and to a better standard causing fewer to no errors.

Another major factor in the increased use of technology has the risk of privacy. Many women and children have issues online due to bullying, trolling, identity theft, etc. It is seriously an issue because it can be damaging to the kid’s mental health from an incredibly early age. Most children would just face little scratches or bumps which could be dealt with and made all better with some first aid. Today kids are being exposed to things they should not be exposed to from technology, from violent to sexual content explicitly, from war to politics and so much more. This should not be the norm. We should not have to worry about shielding our kids from this, yet we must.

There are so many impacts due to using technology. Most of it is mental but it can cause physical issues too. Severe headaches, eyesight issues, backaches, and hearing problems are some of them. The younger generation is becoming too dependent on technology these days. It will have longer and more damaging effects on them in the future. Though there are some advantages of using the internet in our daily lives, the overuse disadvantages outweigh them. It hampers our society through influence and meaningless scrolling. Every one of us may get addicted to it fast and overuse it, hence we find it difficult to interact with people.

There are so many benefits to not using too much technology. We realize we can survive without it and so many people wish they would cut off their habits of technology sooner. People have found they sleep better, they also may find they have more in common with people around them. They can also observe and appreciate the world around them. People become calmer and are not as high-strung or as stressed because they are not feeling the need to sit behind a computer screen or an iPad.

They are finding out what they like and dislike and creating more memories with loved ones than watching life just roll on past them very quickly. It is beneficial to take breaks from technology. We all need to do it occasionally and realize that there is more to life than being on our devices 24/7 and doing everything through them.

Nobody is stopping you from thinking or changing the amount of time you use technology, but it does not hurt occasionally, and we should discourage our loved ones from overusing technology.

In conclusion, we need to look back to cut the misuse of technology and interact with people in real life and try to socialize out of social media platforms. We need to learn things and make memories, not watch other people's lives online all the time like we do today.  We should embrace our own lives before it passes without us living much of it.

Did this article make you think of a digital break? Tell us in the comments below.

Should Smut books be age restricted