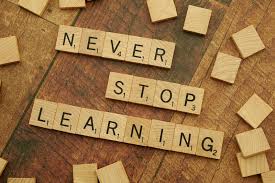 I used to read a lot of books during my graduation. Every Monday, I used to get up, dress in my college uniform, head straight to the college Library, grab some books and come back to my hostel room. I used to read those books for the entire week, and on Monday, I would repeat the same activity. At the end of the year, I was not promoted to the next class. My attendance was zero, and I failed my Math and Physics finals. The day the result was out, I had no idea what to do. How could I inform my father about my result? I tried to reach Ryma, but she was nowhere to be reached.

I spent a week eating, sleeping, and reading the rest of the books I had got. When I finished all those books, and my pocket money ended too, it seemed inevitable to go back home and inform my dad about my results. I was packing and had so many thoughts when Ryma finally appeared. She hugged me, congratulated me on my failure, and said she had something exciting to tell me.

She started O'log straight with, "There were two hundred boys in the hostel. Some had Biology as their major, and some had Math, economics, or Social Sciences. They all shared a home, yet there were significant differences in their daily activities."

Some of them were athletes. They took part in jogging, hockey, cricket, badminton, and volleyball. Others took up acting, painting, and writing poetry. Someone else needed to act. Before, they took no action. Some of the boys put in a lot of effort. They never stopped learning. Some of them were typical students. They used to study hard for their classes and take a few short trips. Some of them had no interest in anything and were sluggish and bored. They used to act once and take no action. They did not play sports, engage in extracurricular activities, or study for high grades.

They merely went about their daily lives like animals, sleeping, waking up, eating, chatting, watching movies, smoking, and swiping money from their parents for things like books, clothes, messes, and fees. This hostel is a complete case study; it acted as a nursery for planting numerous young flowering shrubs, which flourished and were gathered as crops.

Ryma paused and added, "You must have heard this expression frequently. You'll get back what you put in ". This statement requires more organization. Life events follow the same pattern as planting a seed and growing a crop of a thousand grains or stalks. The results of choice must be felt a thousand times, whether good or harmful.

It will be a good bargain if you have to plant a seed and then harvest it. If life were a field, and we made a wrong choice here, we would reap the consequences a thousand times over.

There was a nursery in that hostel. In contrast, a few of them were not in use. They didn't do anything before, yet some boys worked hard.

Life's adventure carried on. Most of the boys who studied math at the dorm became engineers. Some biology students went on to work as physicians, nurses, pharmacists, or professors. After clearing the competitive exam, some art students went on to become attorneys, while others went on to become judges or public officers. Boys who developed the habit of working hard experienced more success. However, the lazy left the country, created enterprises, or entered politics. However, those with no interest fell behind in the race of life. They either became criminals or went bankrupt. They suffered greatly, kept falling, had dysfunctional homes, or became ill in their middle years.

Then one of those uninterested boys appeared. Despite numerous failures, he managed to complete his master's degree. God had blessed him, and that was him. He learned from God that labor is the only means of surviving on earth. You'll get there if you keep moving forward. He began working diligently before realizing that technique is just as important as hard labor. One can only advance using the technique; thus, one must work with it.

Although I didn't want to disturb Ryma, I had to inquire about the strategy. According to Ryma, it ended up being only achievable through learning. To master the technique, you must cultivate your learning capacity.

"Learning" was the technique. To master the technique, Ryma explained, you must cultivate your learning capacity.

How does learning take place, then? Speaking is at the entry-level. A person can learn much from those around him by conversing with them. The second step is education; others nearby inform the person of what they must know. Training makes up the third stage. It is the last stage of learning. A person begins practical training by putting what they have learned into practice. Therefore, learning anything requires training.

Ryma may have noticed the bewildered expression on my face and continued to explain after catching it. Once someone learns something, they often struggle to master the technique. And after they master the approach, they may complete a small amount of work at once. After some practice, they get more adept at it.

It's time to start putting everything you've learned into practice through training. Your DNA will start to change only after that. A donkey becomes a good donkey by working hard, but if he wants to become a horse, he must comprehend how horses act. The same distinctions exist between a street dog and a pet dog. Why do we keep a dog as a pet at home? as opposed to an untrained street dog, which perishes in the streets, since it learns how to live alongside us?

When the boy who showed little interest in anything realized this, he began acting in a new way. He used to enroll in a course for the material he didn't grasp when he fell behind in his training. He began to receive instruction or spend days learning it with an expert. You might be astonished that he received regular instruction in the elementary novel Alchemist.

Later, that boy decided to pursue a career in life coaching or self-help. For this, he purchased training from well-known instructors in America and England. The tape era was at that time. He began listening to Jim Ron, Chris Gardner, Jack Canfield, or Brain Tracy's speeches and lectures on cassette tapes throughout the day.

Anyone may learn nuclear technology online thanks to society's progress. Every training program and course relating to practically anything is readily available online. So why not benefit from them?

That young man is now a prosperous self-help coach and trainer. His former classmates once questioned him on how he accomplished it. He claimed to have learned the world's greatest secret. It is in the mind of a human. A businessman is made from a mind, and a beggar is made from a mind. Man is an engineer, a doctor, a soldier, a bureaucrat, and a banker in his mind. Human brains are like machines. They will become that way regardless of the software uploaded to them.

You are talking about bias again," I interrupted Ryma. "Suppose a person is an engineer and wants to become a doctor. What will he do? She asked.

He will study medicine as though he were to download the medical software after removing the engineering software. Then, rather than building bridges, he will perform surgery or provide patient care in a few years. What will he do if he then decides he should conduct business? She re-asked. With the business software, he will "replace" the medical software. I answered. Yes, Ryma was among them, and in a few years, he will start a business. Similarly, if he ever decides to take up sports again, he must install a sports program in his head, making sports, wellness, and fitness easier for him.

Thus, a person's mind is their most valuable possession. If it isn't working or a person is incompetent, all they have to do is swap out his incompetence software for intelligence software. If someone is lazy, they should get rid of it and install the complicated labor software. When someone is ill, they must upload their mental health software. Everything about them will change.

We live in the strange world of the human mind. It becomes Muslim if we add Islam. It takes on anything we add to it, and the surprising part is that we can modify it whenever we are ready. Everything revolves around software, which both shapes and distorts our personalities.

I provide recipe alchemy here, and anyone can disagree with me. Earning as you learn. You will reap what you sow and be paid for what you learn. The ability to learn distinguishes the driver in the front seat from the passenger in the back.

I explained to Ryma that all I needed was a tonne of knowledge. You are already moving in the right direction, she claimed. All you have to do is learn to accept it. That was the most important lesson I've ever learned. I eventually came to terms with the fact that whatever I was doing was sufficient to keep me on the path to my destiny. None of my software needed to be changed. But you, my reader, replace your program whenever and as necessary. So long as you continue to learn and update your software, nothing in the world will be able to stop you.