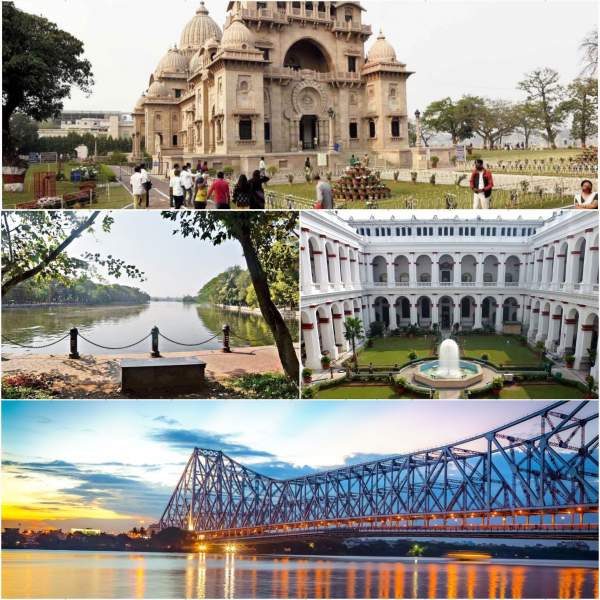 Kolkata is the only city ​​where Bengalis think of almost everything, as their own, be it the alleys of the city or the monuments.Kolkata has contributed massively to literature and film and no one disagrees with it. The city that still shines with its own language and culture is Kolkata.

Today’s event is the history of Kolkata and others.A part of Sati’s body fell on Kalighat during Shiva’s Tandava dance. Many have said in the story that Kolkata was probably named after the Kalighat temple and it has been accepted by many. Some think that the name Calcutta may have been derived from the words khal and kata, meaning excavated. The area was rich in lime and donor of coconut husks. That is why this city is called Calcutta. However, the city was founded in 1890 around three villages, Calcutta, Sutanuti and Gobindpur.Sutanuti was a trading centre for yarn and woven cloth in the area at that time. Archaeological excavations at Chandraketugarh near Kolkata (in the 24 Parganas district and 35 km northeast of Kolkata city, once on the banks of the Vidyadhari River, one of the tributaries of the Bhagirathi River) have shown that the area has been inhabited for more than two thousand years. The village of Calcutta on the banks of the Hooghly River is mentioned in several texts of medieval Bengali literature.

Researchers have come up with various accounts – in 1890, Job Charnock founded the city of Calcutta around Gobindpur, Sutanuti and Calcutta. The English built forts here around 1800 and urbanization started from then on. The city faced many ups and downs. After the defeat and assassination of Nawaz Sirajuddaula in 1757, everything from Murshidabad flowed constructively towards Calcutta.

Urbanization is happening so fast that it has become one of the largest cities in the world with all its services. Then in 1772, on the banks of the Hooghly River, itgained it’s glory.It became the capital ofBritish India, and was recognized as one of the ports of the world. Bengal was divided in 1905. But it was cancelled in the face of the protests in 1911.It is said that at that time Calcutta was considered as the second largest city in the British Empire after London. For various reasons, after the capital was shifted to Delhi in 1912, Calcutta remained the only capital of undivided Bengal. Nevertheless, the expansion and various improvements in Calcutta continued to move forward at an increasing pace.

In the early nineteenth century, the city of Calcutta was divided into two parts. The area south of the city where the British lived was called White Town and the area where the Indians lived in the north was called Black Town.

From the 1850s, the city of Calcutta began to flourish in the textile and jute industries. As a result, the British government invested heavily in infrastructure development projects such as railways and telegraphs. A mixture of British and Indian cultures gave rise to a new Babu class among the urban Bengalis. These Babura’s were generally upper caste Hindus, educated in English and newspaper readers. Professionally they were zamindars, government employees or teachers.

The city of Calcutta was also the backdrop for the ground breaking social and cultural reform movement known as the Bengal Renaissance in the nineteenth century which was able to radically change the thinking and tastes of the Bengali society. The renaissance of Bengal became the pioneer not only of Bengal but of the whole of India. The forefathers of this movement were Raja Ram-Mohan Roy, Henry Louis Vivian Derozio, RamtanuLahiri, MaharshiDebendranath Tagore, Ishwar Chandra Vidyasagar, Bankim Chandra Chattopadhyay, RamkrishnaParamahamsa, Keshab Chandra Sen, Swami Vivekananda and others.

The city of Calcutta is incredibly famous for its abstract, imaginative and progressive traditions. The city was the previous capital of India andin addition it is the origin of the craftsmanship and artistic awareness of present day India. The exceptional interest of individuals of Calcutta in workmanship and writing is commendable. The custom of accepting new ability has made Kolkata a "city of enormous creativity".

For this multitude of reasons, Kolkata is regularly alluded to as the 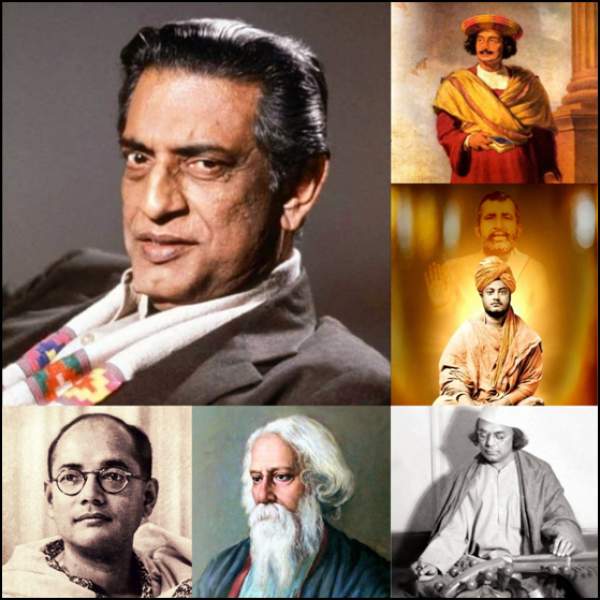 Rabindranath Tagore – Asia’s first Nobel laureate in literature and composer of the Indian national anthem. This Dikpal of Bengali and Indian literature was born and died in Calcutta. The modernization of Bengali literature was completed in the 19th and 20th centuries by the hands of Calcutta-centric writers. Notable among them were Bankim Chandra Chattopadhyay, Michael MadhusudanDutta, Rabindranath Tagore, KaziNazrul Islam and Sarat Chandra Chattopadhyay.

This cultural heritage is carried on by the next generation of eminent writers of the city. Notable among them are Jibanananda Das, BibhutibhushanBandyopadhyay,Tara-Shankar Banerjee, ManikBandyopadhyay, Buddhadev Bose, Ashapurna Devi and others. Notable among the present generation of writers are Shirshendu Mukherjee, BuddhadevGuha, Mahasweta Devi, SamreshMajumder, Sanjeev Chattopadhyay, Sunil Gangopadhyay, Joy Goswami and others.

The musical tradition of the city of Calcutta is ancient. From the last half of the eighteenth century many eminent musicians and singers from different parts of Bengal and even from outside Bengal came and settled in Calcutta. This led to the creation of a special Calcutta-centric genre of Bengali music in the eighteenth and nineteenth centuries, now known as “Puratani”. His Toppagan is still popular today. Nidhubabui is the author of the first patriotic song in Bengali “NananDesheNananBhasha, Bine SwadeshiyaBhashaMeete Ki Asha”. Other prominent composers and singers of the time were Ram Basu, Haru Tagore, Gopal Ure, RupchandPakshi, Sridhar Kathak and others.

The contribution of JorasankoThakurbari and Brahma Sangeet to Bengali songs in the late nineteenth century is also undeniable. In the first half of the twentieth century, the practice of songs composed by Rabindranath Tagore, Dwijendralal Roy, Atul Prasad Sen, Rajinikanth Sen and KaziNazrul Islam began in Calcutta.

Calcutta has a prominent place in the practice and education of RabindraSangeet. The Rabindranath Tagore University of the city and the RabindraSangeetShikshayatan of “Gitabitan”, “Rabitirtha”, “Dakshini” etc. are of special repute. Notable Kolkata-centric RabindraSangeet artists are Pankaj Kumar Mallick, KundanlalSaigal, Debabrata Biswas, KanikaBandyopadhyay, SuchitraMitra, Sagar Sen, ChinmoyChattopadhyay, Sumitra Sen and others; Among the prominent artists of the time are PramitaMallick, SwagatalakshmiDasgupta, Sraboni Sen, Indrani Sen, Srikant Acharya. Artists like Manabendra Mukherjee, DhirenBasu and Anjali Mukherjee gained special popularity in the field of Nazrul songs.

Bengali films and mainstream Hindi films are equally popular in Kolkata. The city’s film studio is located in Tollygunge. For this reason, the Bengali film industry is also called “Tollywood”. Satyajit Ray is a prominent film director from Kolkata. In 1991, he received an Oscar in recognition of his life’s work. He was born and worked in Calcutta. That is why many of his pictures capture the life of Kolkata. In the 1960s, Ray directed three films focusing on contemporary Calcutta’s socio-economic problems. These are competitive, limited and dense forests. These three films are known as “Calcutta Trilogy”. Apart from Satyajit Ray, several legendary film directors have built their careers around this city. Notable among them are Mrinal Sen, Tapan Singh, RitwikGhatak and modern film directors BuddhadevDasgupta, Aparna Sen, Gautam Ghosh and Rituparno Ghosh. Etc.

The festivals of Calcutta are naturally of two types — Religious festivals and Secular festivals.