Misinterpretation of Legal Work in Movies and Televisions 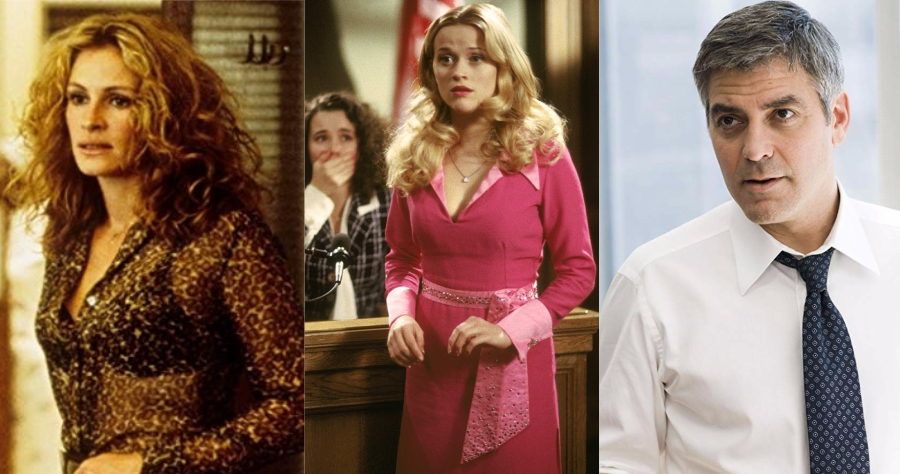 When individuals envision the law practitioners, they think of men wearing costly suits, are from affluent families, and who graduated from prestigious universities. Usually, these men are characterized as arrogant, self-centered, prideful, and heartless. Televisions and movies that the people subscribed to, such as Starla (2019), Suits (2011), How To Get Away With Murder (2014), The Judge (2014), and The Whole Truth (2016), and other television series and movies, depicted lawyers as devious, sneaky, and often the enemy of upholding truth and justice.

This image of lawyers and the judicial system might be well accepted since commoners are usually disconnected from the reality of these professionals because they operate in a very mysterious way. Usually, not all people are given the privilege to view all aspects of their responsibilities, and most of the society is stuck guessing. Furthermore, this occurrence led individuals to speculate about the true nature of these individuals and who they indeed are as a person. Without a genuine grasp of the information, people rely on the celluloid images of the lawyers, the law, and the judicial system presented by the televisions and movies and then encapsulate them as part of reality.

The lack of knowledge and the eagerness to glimpse these seemingly out-of-reach hotshots made every person invested in discovering the lives they cannot personally examine. (Salzmann & Dunwoody, 2005) With this, the public shall utilize free media to provide the information needed; however, the circumstances in the television shows and movies are frequently dramatized, which is not a reliable reference for legal work. The misrepresentation causes an uproar because of the injustices often portrayed in media.

One of the possible root causes of the distaste of various individuals for the law, the judicial system, and their practitioners is what they represent. The judicial systems and the people behind them illustrated upper-level students' superiority over the middle class, showcasing the conflict between the division between the two. The clear opportunity and power of the privilege had been known centuries ago; the competing norms and opposing viewpoints embedded in the history were seen as the bourgeoisie often accustomed to attaining the upper hand. (Friedman, 1989) This prevailing outlook that had been existing in the minds of numerous people became the culture engraved into the minds of the individuals, creating a long-lasting impression of the law.

This truth then is utilized by creating information, writing literary pieces, and now conveying information through televisions and movies. The distrust residing in the hearts of the laypeople urges them to follow through, even with fictional depictions of the people in legal authority.

The emergence of television shows and movies opens the doors for the audience to peek at the reality of the lawyers, the judges, and other law enforcers. They become the bridge for them to a world they have never encountered before. Televisions and movies replaced credible sources such as newspapers and radios as the primary information providers. Individuals watched these media outlets and perceived that the information transmitted and delivered to them was a fact.

The laypeople who do not know the complexities – the system, the laws, the procedure, led to some misunderstandings being comprehended by them. (Friedman, 1989) Persons then misinterpret the law process and practices from what they have understood, making it more distorted by their ignorance and biases. With this meaning, producers can produce ideas and concepts of the law depending on their stand and what they try to persuade people to believe in. This then paved them to campaign and promote their ideologies using popular culture, which many people are currently linked to.

Firstly, the perception of the public on the judicial system originated from the occurring conflict between the bourgeoisie and the proletariat, and this conflict started the division between professionals and ordinary people. Legal professionals often reflected the rich and the powerful, thus, implying that these people are whom they usually represent. It might be engraved in the culture of people that lawyers defend the upper class or are associated with these rich people's illegal actions and existed as their protectors. The depiction of lawyers underwent a long process that ended with people being brainwashed by the reality of these litigators.

These beliefs then existed for years to come and are alive until now. Secondly, The interest and curiosity of people about the legal system did not waver, resulting in the entertainment industry taking advantage of it by portraying the lives of these legal practitioners in movies and on television. Still, because the central grounds of producing this kind of movie was for the general public's entertainment, the producers of meaning added dramatic effects and unrealistic scenes in the fictional depictions. Others might also include their personal biases and perceptions in the movies that molded the image of lawyers and the judicial system in the public's minds. Since individuals spend an extended amount of time watching movies and television, they could mix up the fictional and real-world, resulting in the distrust of lawyers and the legal system.

Popular culture has a firm hold on people, influencing and persuading them even in generally untrue beliefs. The distorted image of the judicial system often convinces persons that it is unwise to be associated with a lawyer or not to trust a lawyer to sustain the law. Lastly, popular culture failed to include important information and knowledge about the law, which enables fear in the hearts of individuals involved with the law since they would often think that their welfare will not be the priority, which could end with them being imprisoned.

The producers of meaning should carefully handle it; instead of using popular culture to start a fad, or a trend, that people cannot utilize in real life, they should incorporate helpful information, or inject the code of professional responsibility, to educate the public about their rights. In that way, individuals can be both entertained and educated.