Nostalgia: What is it, and Why Does it Make Us Feel Bittersweet? 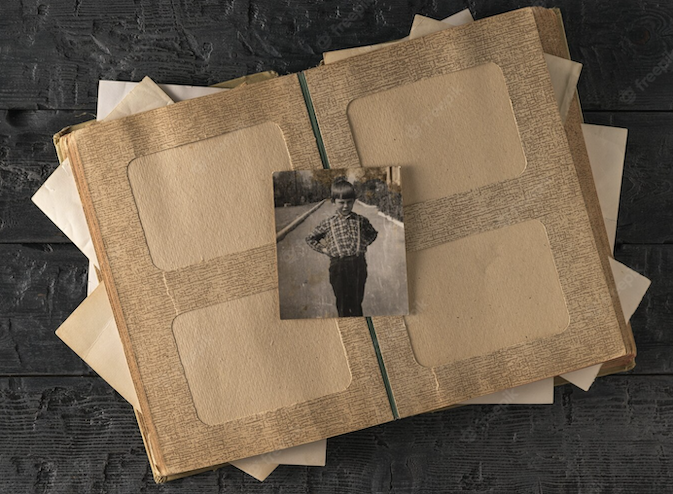 As some of may feel this time of year as the Holidays approach, the passing of time may bring excitement at watching our favourite festive holiday movies to get us in the mood or a warm fuzzy feeling as we think of holidays past when we think of the important people we care about.

Sometimes it’s sadness too, that we feel, as we realise that a new approaching year, that time is passing too quickly for some of us when we think of it.

According to Verywell mind, the definition of this feeling is “-a sentimentality for the past, typically for a period or place with happy personal associations. Nostalgia is usually triggered by something reminding an individual of an experience from the past. It is often characterized as a longing or desire to return to a former time or place.”

That is the feeling of Nostalgia.

Apparently, there are different types, such as positives - the feeling a Christmas movie might give you, or seeing a family holiday photo from when you were last together in the same way.

There must also be negatives, unfortunately, such as regrets about the things we didn’t do or that time is passing too quickly before we know it, especially when the holidays do not always mean positives for everybody.

Are there any benefits to reminiscing with the feelings involved that make up Nostalgia?

There are good reasons to be Nostalgic, however. Psychology Magazine, a part of The American Journal of Psychology, published an article in 2013 that shows that it can help us adapt to change, help us with our outlook on our support networks, such as friends and family, and boost self-esteem.

But, just how have Nostalia’s effects been noticed by companies that make things that may even fuel our nostalgia, like childhood favourite foods like Potato waffles shaped like smiley faces or that ice cream you always begged for shaped like your favourite cartoon character? 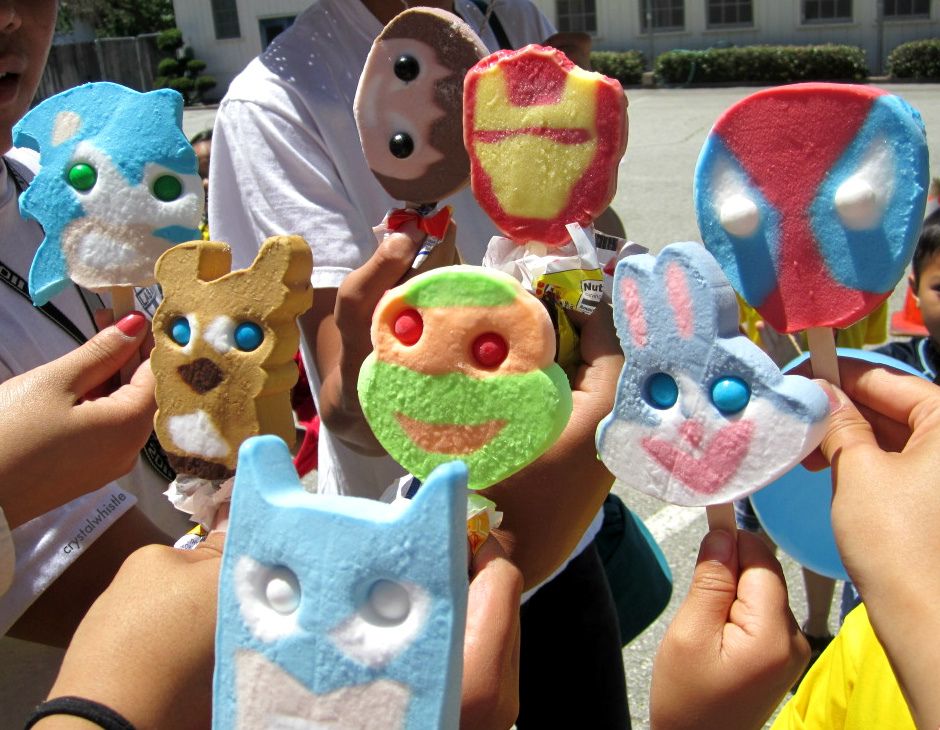 How Has Nostalgia Affected the Industries?

Multiple industries seem to have capitalised on this, most notably attached to the franchises generations have loved, like Pokémon, which has multiple things from foods, to card games and online games.

Online, Adobe Flash run games that started to become popular in the early 2000’s like Webkins, Neopets, Runescape and Club Penguin, which also had many things that stemmed from them.

Club Penguin, originally made in 2005, by Lance Priebe, who originally wanted to make it so his own children could play safely online, eventually caught the attention of other developers, Lane Merrifield and Dave Krysko.

When everyone’s childhood favourite company, Disney, bought Club Penguin, it really began to add to many markets, including plush toys and a physical card game which could be played on the platform for a boost. By 2006, it had over 30 million accounts of children enjoying a safe online space. 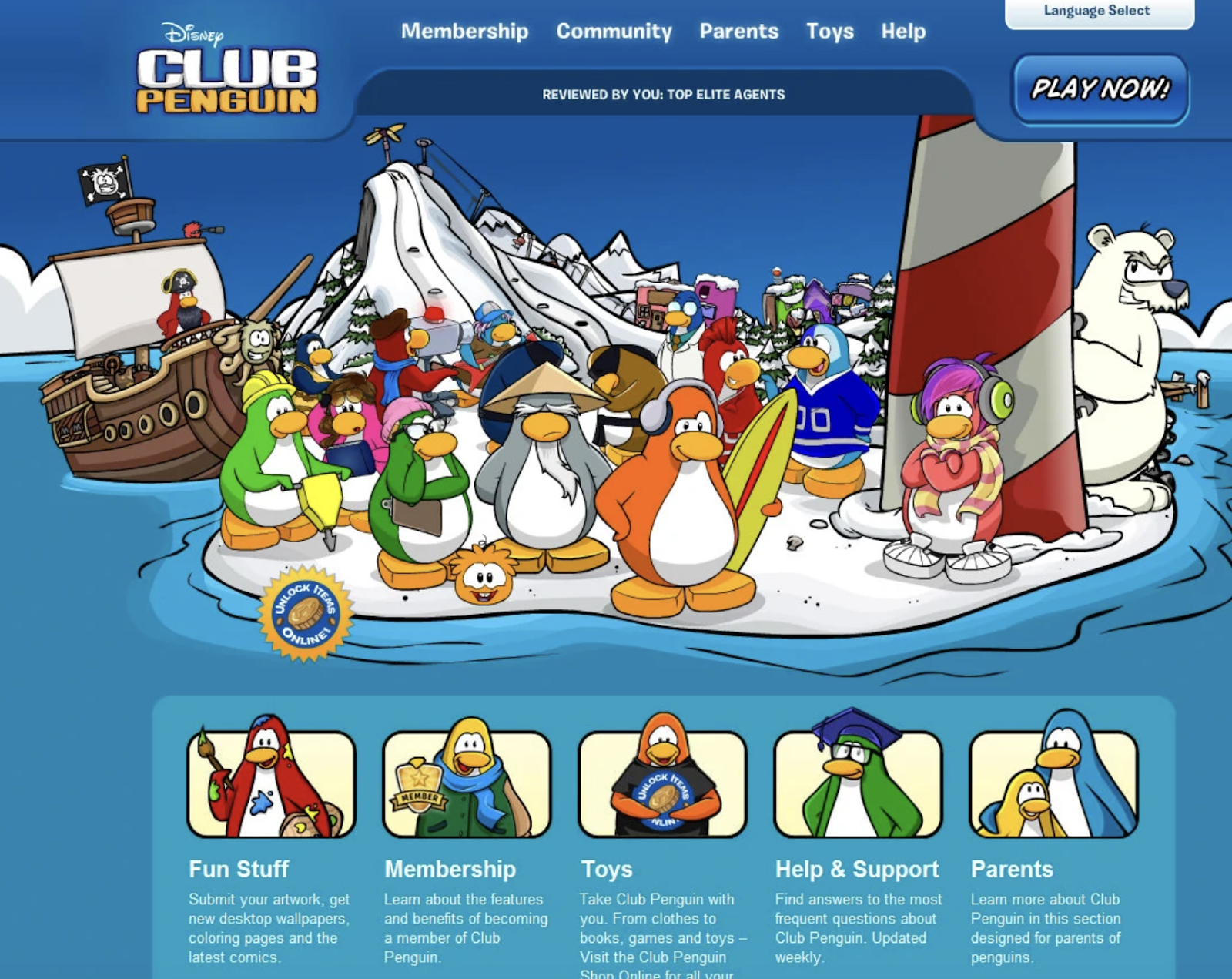 Though it did have a membership system, like most games at the time did, with gift cards that could be purchased for six months, one year or five years, it was still fun for those without, and still wasn’t too concerned at the time with high priced addon on or additions, like modern games now.

Club Penguin’s popularity, thanks to Disney, meant it even had books, including an annual that had items in-game that could be unlocked as part of its charm, with the card game cards even interactive on the online space that had special codes that could be used to beat opponents and add playability. 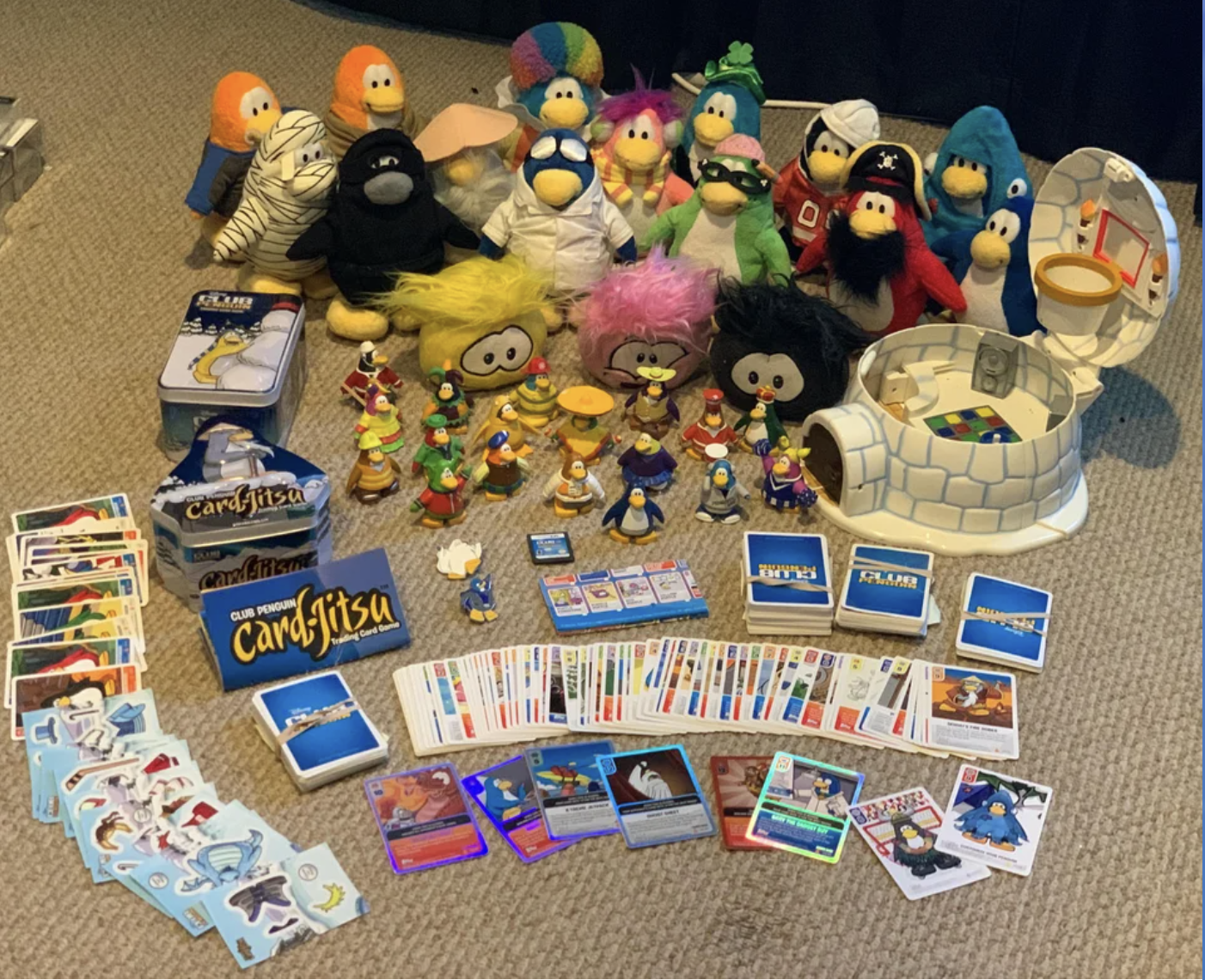 The Spilt Milk Show, a YouTuber, gives examples of its humble start and what made it so popular, including its themed parties, interactive pets and in-game earned currency, which could be used to buy customising items like clothes, including interactive things that showed funny animations when worn, like a skateboard.

In fact, what made Club Penguin so memorable, was the Game Development team's interaction with users.

They responded to comments on blog posts, wrote emails back, and featured drawings and Players’ Penguin avatars each month.

The parties were server-wide events that had themes, unlockable stamps to show achievement and participation that others could see by clicking on a penguin’s profile and fun activities, such as finding a collectable outfit earned by logging in to the party and completing minigames or missions. 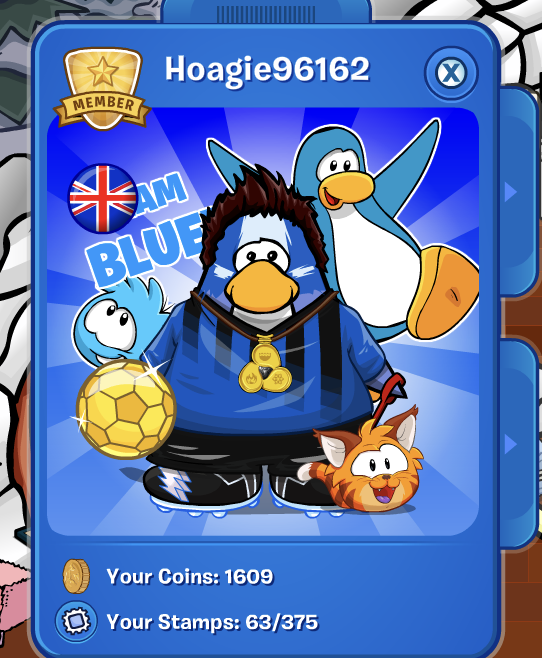 Some famous character NPCs or Non-playable characters even gave out backgrounds if you met them at relevant parties, which could distinguish players uniquely between those who were Beta testers of the early game or those who had met an NPC and interacted with them. In the case of Club Penguin, there were actually two of each character. 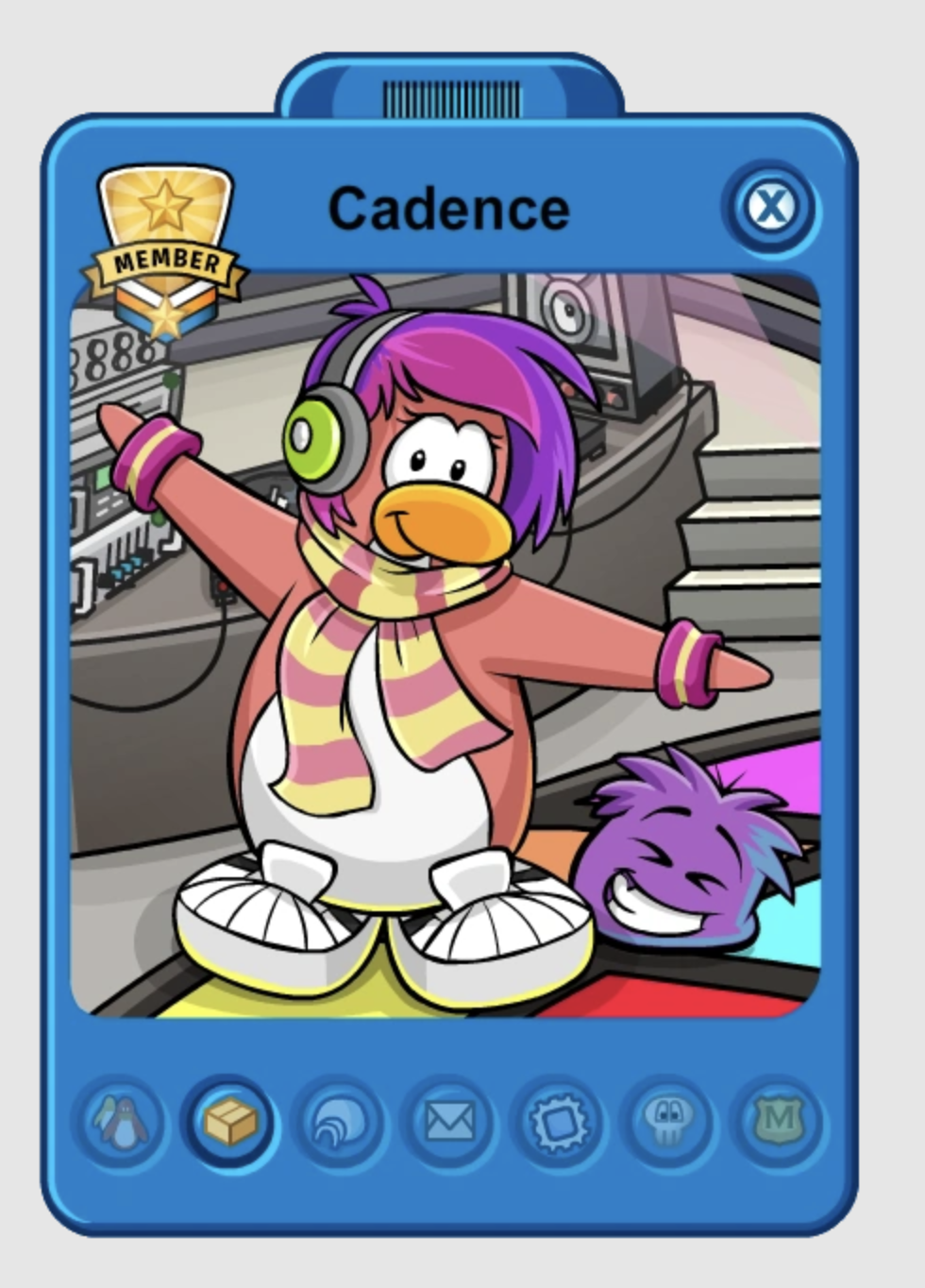 One that would be in their usual spot, such as the Night club for DJ Cadence, and a moderator-controlled account which interacted with players and gave out backgrounds.

NPCs included a grey penguin called Sensei, who could be found at the Dojo where you could play Card Jitsu, one of the permanent Minigames, and he attended parties to do with Card Jitsu or Ninjas as a whole. 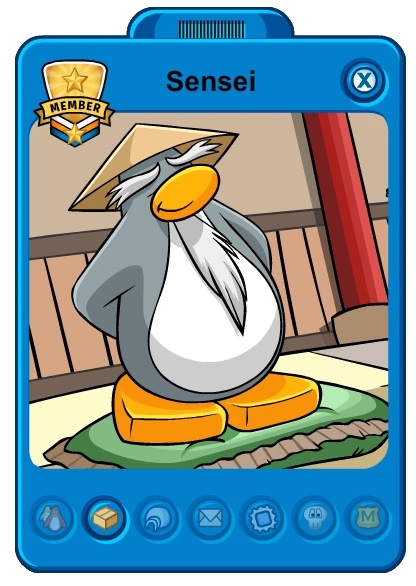 Club Penguin even had its own Lore, partially created by fans and by the Game Devs, who saw what excited young Club Penguin fans the most and added to it.

Ninjas, and secret Agent penguins, for example, were incredibly popular, thanks to movies like Madagascar in 2005, featuring penguins Skipper, Private, Kowalski, and Rico, who are like a secret agent team.

Which led to the development of the card game that was both playable in-game and with the buyable sets of cards in store.

How the game Card-Jitsu helped the lore develop, of course, fuelled by fan theories of players and parties with plenty of activities.

The game was simple. The more the card game was played, the more progress towards the player eventually becoming a Black Belt Ninja, gaining a special clothing item which had its own animation, turning the player’s penguin invisible when they pressed the ‘D’ on their keyboards.

This action was usually used for Dance animations, but when the player wore items such as a hardhat, they would use a drill; if they carried a boombox, they would have a street dance animation.

One of the most famous online parties in the online game’s history was Club Penguin’s Operation Blackout.

It continued along the lore that originally started early on in the game, with a lone Agent doing missions -The player themselves, via an interactive Flash game, which earned you Medals to unlock secret agent clothes- and their rivalry with a disgruntled Polar Bear who had fond himself floating away on an ice floe.

Herbert P. Bear Esquire, as he became known, was a crucial villain in the story of Club Penguin. All he wanted to do was keep warm, but his plans were always complex or dangerous for the way the game worked for most of the Player penguins.

One Mission shows him planning to demolish all the buildings, starting with the Club Penguin ski lodge to make a huge bonfire to keep himself warm.

In Operation Blackout Party, he plans to harness the sun’s rays to heat his secret lair while making everyone else cold.

Each day, players would log in to a changing scene of the island’s sky getting darker and darker, followed by a dramatic score that was everywhere on the island.

They were encouraged to take part as Agents, getting free gear every day to unlock a part of Herbert’s secret lair and earn achievements while doing it. Member or Free players teamed up, which added to the speciality of the game itself, and each day, a beloved NPC would be captured and frozen in ice.

There was even an external website, made to look like it was owned by Herbert, revealing which NPC he had captured and who was next. 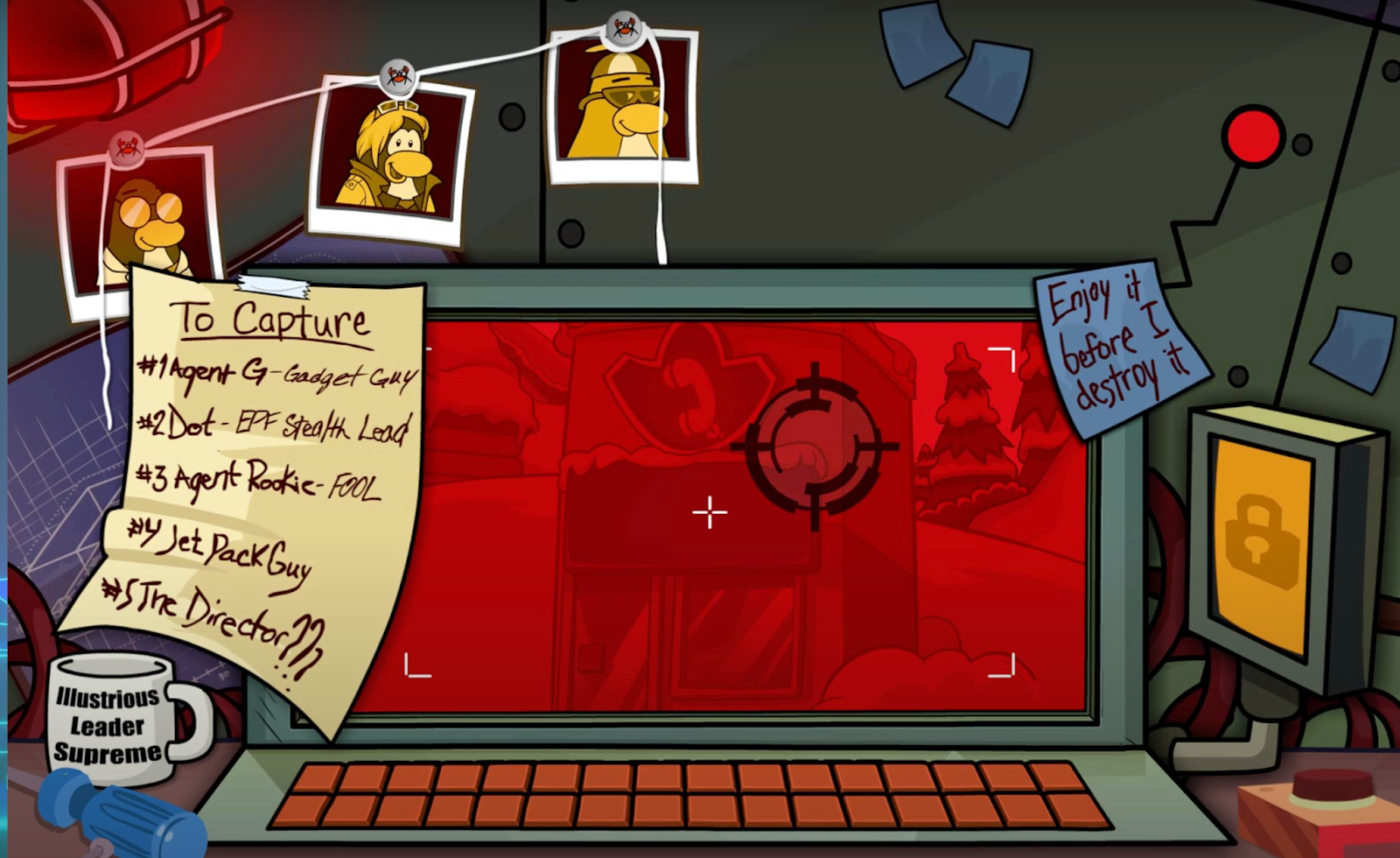 Just How Successful Was the Party?

ClubHerbert.com was a brilliant piece of marketing, eventually meaning that all 30,000 users were logged in from November 14, 2012 - December 6, 2012, when the largest piece of Club Penguin’s Lore was revealed at the end via a cutscene.

The Director was none other than the newspaper journalist Aunt Arctic, a popular, fan-driven theory at the time.

Without its humble beginning of wanting somewhere safe on the Internet for children, fans and lovable game developers fuelling the game, I don’t believe it would have existed.

Club Penguin’s Nostalgia and the Backlash That Followed its Shutdown 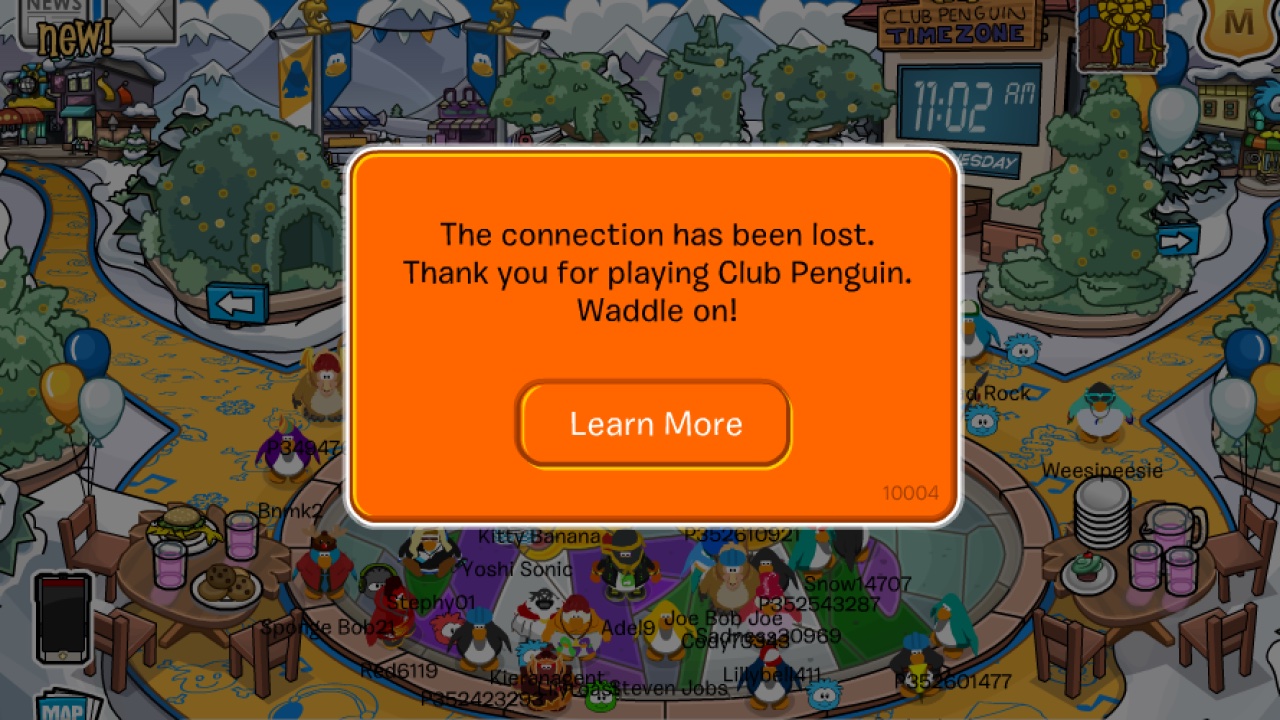 Its nostalgia holds many happy memories for Club Penguin fans, and Disney eventually shut the website down in favour of a mobile game, Club Penguin Island.

The climate of games had long since changed since 2005, and this now included microtransactions and monthly subscriptions within the game to do anything, with even the trials of things to do requiring bank details to access.

Unfortunately for the creators of the game, who had almost all left and the new team hired, this caused fan backlash within the first couple of weeks because of older users’ nostalgia.

The original Club Penguin always had a space for others, regardless of whether they could pay for membership or not, something that was part of the magic of the game itself.

Eventually, due to this negative attention from older players of the original Club Penguin game, Disney eventually shut down Club Penguin Island in December 2018, as it wasn’t considered profitable as an asset.

The Fan Reprisal of Club Penguin?

Due to the special nostalgia players held when Club Penguin was shut down, many versions of the game were made by using older assets from the game, which are apparently publicly accessible somehow; fans began to make versions of the game the way they remember it, for recreation, as anyone can buy a website and servers to run it on a large scale.

Even though Adobe killed off its HTML Player, Flash, there are many others, like Ruffle, which can run existing flash content the way it was supposed to, which only fuelled the recreation of Club Penguin and Club Penguin Island.

While fans can enjoy the nostalgia that comes with Club Penguin once again, there is caution, for one version of a Club Penguin fansite got shut down following a cease-desist order from Disney themselves for not explicitly saying they weren’t affiliated with Disney, as well as getting advert revenue.

Most Club Penguin fansites will now explicitly state on sign-up that they aren’t affiliated, and any advertising earned will be donated to online safety or technology poverty in smaller communities for this reason.