Paganism: Recounts of a Modern Witch 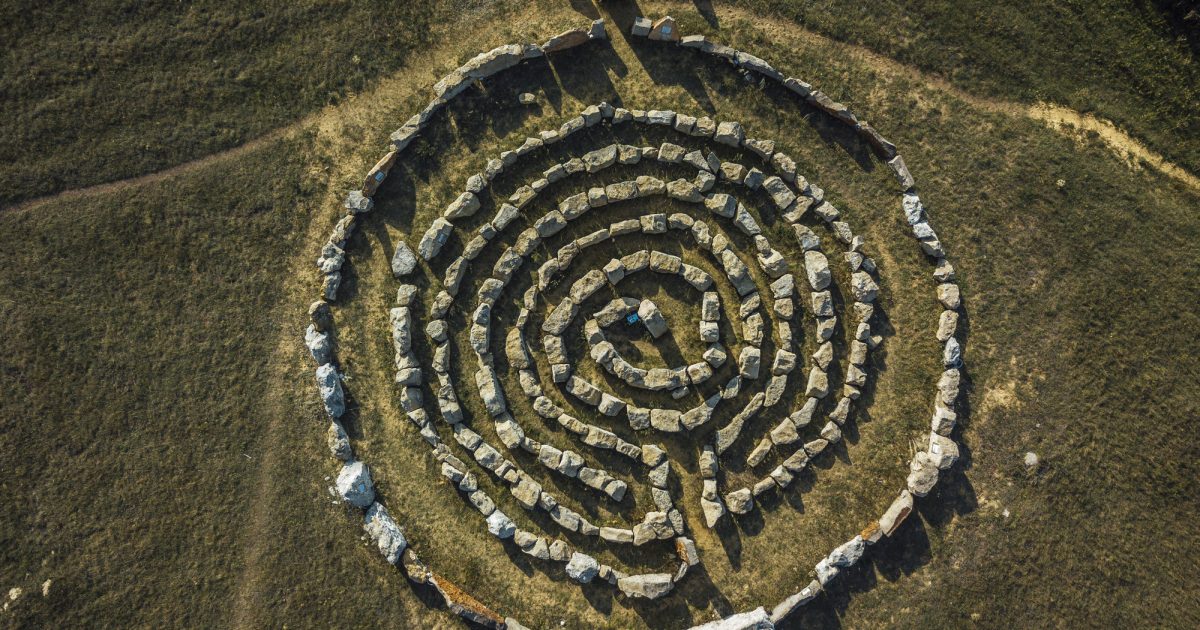 Last Saturday, Jupiter (real name redacted, as she wishes to remain anonymous) gave an Instagram LIVE talk and answered some questions about her first experiences in starting the practice of witchcraft and her interactions with deities (gods from different mythologies).

She began the transmission by talking about her educational page on all things Neopaganism and Wicca, including the classes she teaches in Zoom groups and her store of items for the novice witch. She reiterated her gratitude to the universe for its cooperation. Twenty minutes into the meeting, she began to describe:

"From a very early age, I understood that I had a certain sensitivity that other children my age did not have," she described, "as time went by, the intuition increased. I had a problem because my whole family always practiced Christian beliefs; they thought I was cursed." In this way, she explains the difficulties she encountered early in her life when she was still learning to understand her abilities.

Jupiter had been practicing with "a person that came into my life who later became my mentor and introduced me to the world of paganism" when she decided to begin investigating the branches of paganism. Then, she learned about the deities and started reading about them. "I read everything I could about the gods in different cultures, and the one that caught my attention the most was Hekate." She is the Hellenic goddess of all witches. She stayed up all night thinking and searching for ways to bond with this deity, "I learned that Hekate is represented on earth in the form of several black dogs; it was believed that on moonless nights, she would roam the earth with a pack of ghost dogs and help the witches." She fell asleep thinking about the subject and had dreams full of questions.

The following day, the young witch got up early for an early morning walk while admiring the plants in her neighbors' and the neighborhood garden. She thought about her discoveries from the previous night: "I was standing, distracted, smelling some jasmines when I was tackled to the ground by a huge dog. At that moment, I was scared. This dog was black. I began to analyze the possibilities. Instantly, two more black dogs with a human being dragged by them by a leash came around the corner and headed straight for me." The dogs were jumping on her, licking her face, and the dog's owner kept apologizing. But she didn't care because she realized that Hekate heard her desperation and needed to contact her, so she rushed to "call back" as soon as possible.

"From that moment on, I’ve worked with Hekate. I tried a similar method with other gods in other mythologies that I would have been interested in working with, such as Aphrodite, Hades, or Freya, but not all responded as clearly as the first."

As she continued researching the branches of paganism, she realized she enjoyed several aspects of the practice. She became determined to find her specialty. Her subsequent acquisition was Tarot cards so that she could practice the art of divination, "I started by throwing the cards at myself and trying to understand the meanings of the pictures on the cards without reading the definitions first. I wanted to see what the images provoked in me and then compare them with the technical meaning to see if I had any talent for prophecy because I was very intuitive all my life."

Having only been working with deities up to that point, she had not asked herself about her spirit guides, which are those deities that contact you in subtle ways to guide you on the right path through messages one finds in the nature around them.

"I went to Chinatown to buy crystals to start studying their energies and meanings so I could introduce them to my practice." She bought one of every crystal in the store and one too many of those that appealed to her intuition. The crystals' energies interact with the person's powers, so it is necessary to cleanse them with incense or moon water before using them. "I started with quartz and let myself be guided to chalcedony, amethyst, and aquamarine, among others, and to apply them in my daily life. For example, amethyst helps you clear your mind and sleep better. You can put it under your pillow before going to sleep."

As she studied the energies of crystals and how they work with their owner, she began to practice moving them by combining their powers. After weeks of practice, she was able to reach such a high point of concentration that she was able to bring a crystal to drop from a table when it was near the edge just by using the combined energy of her hands and the crystal: "My mentor had told me about this, and I needed to check it out for myself because this sounded like the magic that movie witches did, and I remember feeling a palpable energy emanating from the crystals the first few times I tried it like they wanted to move, but it wasn't enough of the strength I possessed within myself, so when I finally got it to move, I couldn't believe it; I felt like a real witch."

The same thing happened with the incense smoke. She found that by concentrating hard on the wobbly smoke coming out of her burning wands, she could make it go in a straight line upwards instead of building up or spreading out: "Handling smoke with energies is infinitely easier than moving crystals; obviously, because of a density and weight issue: it's practically incomparable the weight of a crystal with the weight of smoke. I managed to control the direction of the smoke within the first day I started trying it."

Finally, Jupiter mentioned what we were all waiting for: how the spells are cast. You start by organizing your altar and getting the things you need for your ritual. From there is where it gets interesting: "before you start gathering the elements of your altar to complete a ritual, there are steps to follow. The first is to draw a circle for protection; it can be imaginary or with Himalayan salt if one is not good with visualizations." Since the circle of protection is an energetic construct, it is not visible to the human eye. Still, pink Himalayan salt has excellent magical properties that help visually close the circle. It can also serve to contain the energies within the process better.

"It should be noted that once the circle is drawn, it cannot be broken until the spell is complete. The next step is to find the cardinal points and place their elemental representation appropriately. A crystal can be used to represent North (Earth), incense to represent East (Air), a lit candle to represent South (Fire), and a chalice with pure water to represent West (Water)."

The Botanical Witch: A Generational Witch With A Knack For Plants