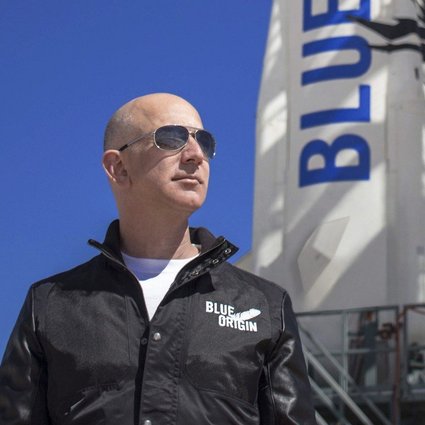 More than 120000 people signed the petition to not return Jeff Bezos, to earth.

Jeff Bezos's founder of Amazon, and billionaire, is going to take his maiden flight to space on July 20. Earlier this month, Bezos announced that he will go into space onboard New Shepard.

New Shepard is developed by his own space company ‘Blue Origin’. When people learned about Jeff Bezos going to space, from many Twitter handles like ‘@Aborteddreams and Geiger’, a named guy posted and made a fake petition of not allowing Jeff Bezos to re-enter earth.

But some people took it seriously and made it a real petition, and around 1 lakh people have signed a petition to stop him from returning.

When this real petition got spread globally, and when it was all over the news, the one who made this fake petition tweeted that “I made a fake petition meme a week ago. Some genius made it into a real petition and now it's making international news. Thank you to whoever made it. It makes me happy to know Jeff Bezos will seek it”.

People who have signed the petition or those who are signing have their reason for signing it. They are demanding Jeff Bezos to pay his taxes.

On June 7, Jeff Bezos announced that he, his brother Mark Bezos, and the winner of the auction who will pay $28 million to fly with Bezos brothers, would be going to space on their first flight, which is going to be launched by his company ‘Blue Origin’. The rocket is reusable and has a capacity of six passengers. These people will be the first crew to board the rocket. Bezos once said that he always wanted to go to space.

The flight is expected to last about 11 minutes, the adventure is not for much time.

More than 7,500 people registered to bid. The winner will be announced soon. The auction money of $28 million, will be donated to the foundation called “Club for the Future” of Blue Origins. This “Club for the Future”, aims to inspire those people who want to pursue their careers in STEM.

After the petition, many more petitions were made, like Bezos should buy and eat the Mona Lisa portrait. This whole petition is being signed on Change.org, a US-based petition website.

Who is Jeff Bezos?

Jeff Bezos is the founder of the e-commerce giant Amazon in 1994 in his garage. He is the CEO of Amazon, but in July 2021, he will step down.

Amazon made a huge profit, and its revenues grew 38% in 2020 to $386 billion. During the lockdown, people stayed at their homes and made online purchases in large amounts.

He and his wife divorced in 2019, after 25 years of marriage, they decided to part ways. After their divorce, Jeff transferred the quarter of his Amazon stake to her.

Why is Jeff Bezos going to Space?

On June 7, Bezos posted a video on his Instagram handle earlier this month that “Even since I was five years old, I’ve dreamed of traveling to space. It is a big deal for me. I will take the journey with my brother Mark Bezos. The greatest adventure with my best friend”. He also said in the video, “To see the earth from space, it changes your relationship with this planet, with humanity.

It’s one earth”. When he asked his brother, he said, “He wasn’t even expecting this, but it's good to travel with your best friend to space. This is a remarkable opportunity”.

He made this decision because on July 20, its 52nd anniversary of Neil Armstrong and Buzz Aldrin’s, when they landed on Moon.

Immediately after his announcement, people started making memes and suggested he take a one-way trip to space and no need to return to earth.

How safe is it?

According to Blue Origin, it is a safe and secure rocket. Its safety system has been in testing since 2012 and has conducted fifteen successful missions, and the escape system has been tested three times.

This time Jeff Bezos, the boss of Blue Origin, is going to travel, so they can’t afford to make any mistakes. They have to pay attention to every detail.

Bezos is not the only one who spent this wealth on space exploration.

Apart from Jeff Bezos Blue Origin, Richard Branson’s Virgin Galactic is also planning to begin space flights for space tourists likely to start from this year, and along with this Elon Musk’s, Space X is also working to send tourists to space.

In 2014, Virgin Galactic sent its two pilots to test flight, but unfortunately, it crashed in California, and one of the pilots died. After investigation, it was found that due to pilot error and design problems, it crashed.

According to reports, four employees of Virgin Galactic are expected to join the next test flights. It is also said that this time Richard Branson can also join. Branson said last month he is preparing his body for spaceflight.

Neither Elon Musk nor Richard Branson has traveled to space yet. Jeff Bezos is the first person who is going to space among them.

This initial step taken by Amazon’s chief executive is mind-blowing. The fellow billionaires Elon Musk and Richard Branson are also trying to reduce the distance between humans and spaces. July 20, 2021, is the day when Bezos will travel to space, and his dream to travel will finally be accomplished with his brother and other two members.