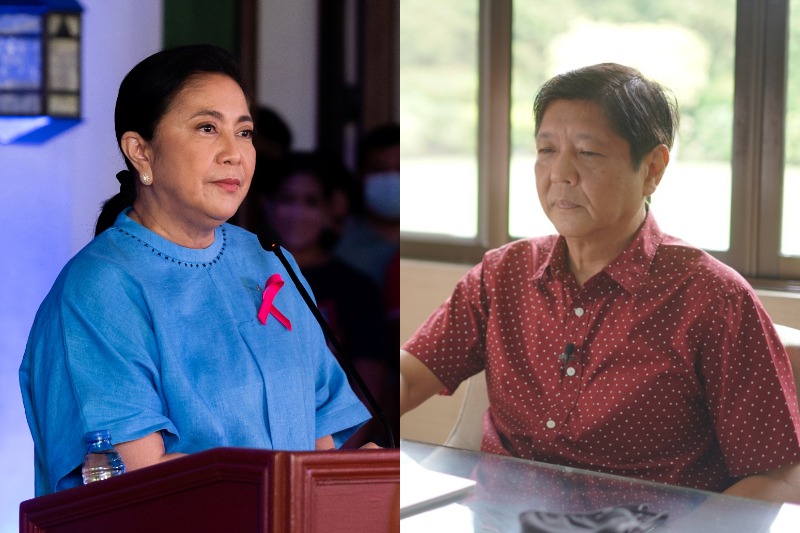 What are you willing to do for your country?

How much effort are you willing to exert to safeguard its people?

The Philippine National Elections 2022 is considered one of the most controversial elections: that emerged in political history. Aside from the prevailing fake news: that is used to weaponize against running candidates.

The issue of the son of the late dictator Ferdinand Marcos named Ferdinand ‘Bongbong’ Marcos Jr is running for the presidency position. With this, the 14th Vice President of the Philippines, Maria Leonor “Leni” Robredo, was urged by her supporters to run against the late dictator's son because of the fear that stayed in the population's hearts and minds. However, due to the gap between the current generation and the older generation that lived in Martial Law. It becomes a question of whether the gap can cause an impact on the country's future.

Marcos and Robredo are regarded as long-time rivals. They are in opposition to the Vice-Presidential position in the last 2016 election in which Robredo won. The outcome of the 2022 elections is perceived as crucial because of the responsibilities of the incumbent politicians, as they will be managing; the majority of these responsibilities as management of the COVID-19 virus, health, safety, security, economic, psychological, and social concerns, among others. However, among the previous elections, this election will influence the direction of the country for six years. This election will convey the state of the country and the possible future.

The Philippine Elections became one of the most trending topics for months due to the popularity of the front-runner candidates, Marcos and Robredo. Reuters (2022) reported that Marcos was able to gain popularity among the Philippine citizens after a wide gap between his father's dictatorship. Moreover, his proposal of a unifying leadership and strong social media presence affected his lead in the polls.

Throughout his campaign, Marcos mentioned his father as one of his inspirations and portrayed him as a ‘political genius’. (Reuters, 2022)

His activity in social media and simplified branding was perceived as: effective in communicating to the Philippine citizens. Marcos gained strong allies that vouched for loyalty such as Governor Gwen Garcia, Harry Roque, and Loren Legarda. (Macasero, 2022)

On the other hand, the force Leni Robredo received for her candidacy portrayed genuine love and concern from her kakampink, the term Leni Robredo supporters named themselves.

Senate Minority Leader Franklin Drilon implied that securing support from local politicians is unnecessary due to Leni Robredo’s ability to gather passionate kakampinks who back her presidency. (Abad, 2022) Leni Robredo’s elections are frequently organized by her supporters.

As a report from Rappler (2022): the biggest rally ever recorded was 400,000 attendees on her birthday. Robredo’s ability to transform the Office of the Vice President (OVP) by utilizing it to improve the Filipino citizens’ lives, specifically, marginalized led to her popularity. In addition, Robredo mobilized resources through her Angat Buhay initiative, received the highest audit rating from the Commission on Audit (COA), and was certified by the International Organization for Standardization (ISO). (Philippines: Leni Robredo: A Symbol of Hope, 2022) Marcos and Robredo utilized different tools to market themselves to the Philippines citizens intensified throughout the months' campaign period.

Later on, Bongbong Marcos obtained: “the 95% vote share, which is equivalent to 30 million votes" which was still being verified by the Commission on Elections (COMELEC). (Regan, 2022) The landslide wins of Marcos against the incumbent Vice-President Leni Robredo, conveys the reality of the Philippine society. Bongbong Marcos urged the Philippine community to give him a chance to govern. However, the lack of established platforms and plans for his campaign caused concerns and commotion in the Philippine community.

Moreover, his branding of unity did not succeed in portraying the kind of governance he will be executing throughout his administration. (Anthony, 2022) The outcome of the Philippine election is concerning not only because the late dictator's son won but also due to the lack of an established plan for the next administration.

Marcos conveyed, “Judge me not by my ancestors, but by my actions.” This encourages today’s generation to give him a chance before assumptions about the possible impact of his future administration. (Aljazeera, 2022)

The outcome of the Philippine National Elections, however, unofficial illustrates the reality of the population. Nonetheless, it should be emphasized that the result showcased the decision of the majority of voters. The right of suffrage is given to the citizens to elect the officials they viewed as to bring improvement to the country. Although voters are in mourning because of the initial results, the power of the people stands within themselves. The political candidates who won both local and national have a responsibility to assume as citizens.

They must certify that: those politicians do their roles well and excellently, which should be a top priority. The elections might portray the reality of the political sector of the nation.

However, campaigning for social change does not only end by winning or losing a position. Subsequently, one or many can create change through their respective organizations, engagements, and projects.

The people of the Philippines have spoken, and they choose Ferdinand ‘Bongbong’ Marcos Jr as their 17th President of the country. In the next administration, his opponent, Outgoing Vice President of the country, Maria Leonor ‘Leni’ Robredo, will be pursuing Angat Buhay as a Non-Government Organization to continue her causes. Both candidates have exerted their efforts throughout the months. After the inauguration, Marcos and Robredo will assume the path: they were directed to. However, people who suffer from various obstacles such as war, poverty, unemployment, and others will continue after it.

The reality of the Filipino people happens before, during, and after elections. Therefore, the best motivation to continue as watchdogs is to encapsulate the responsibility for the choices our people decided to make.