There is a growing ‘psychedelic renaissance’ happening as part of clinical research concerning mental health. Psychedelics such as LSD, DMT, MDMA, psilocybin, have shown potential in clinical research and therapeutic settings to cure anxiety, depression, PTSD, and conditions such as addiction.

Psychedelic substances are hallucinogens or substances that have the capability of altering your mind and enhance an individual’s comprehension of reality. There is a range of psychedelic drugs which are illegal and banned across the world. These include LSD, DMT, MDMA, and psilocybin. As part of its increased demand in secretive social circles, they go by their street names like acid, molly, ecstasy, magic mushrooms, etc.

The term ‘psychedelic renaissance’ surfaced because of the promising research that arose from countries in the West from the start of the 21st century. But, the capability of psychedelics in bringing out a spiritual experience of understanding the self and its relation to the outside world has been happening for centuries, especially in indigenous cultures across the world.

A Backdrop To The Psychedelic Renaissance

The use of psychedelics dates back to at least 1000 years. The use of a brewed drink called Ayahuasca which is used by indigenous tribes of the Amazon basin in South America contains a plant ingredient that has the presence of DMT, which is a hallucinogenic chemical agent. The traditional use of this brew is attuned to a spiritual experience that helps in purifying the soul of the person through ritualistic proceedings under the guidance of a spiritual mediator called a Shaman.

The presence and usage of psychedelics from ancient history like amongst the aborigines of Australia are studied and speculated. Similarly, the drink soma is described in the Vedas as a drink extracted from plants and mushrooms and there are claims that it had mind-altering properties similar to psychedelics.

Information about psychedelics and their usage came up in the 20th century when these substances started being produced in laboratory settings. During the 1950s and ’60s, there was rampant research happening about the use of psychedelics to cure mental ailments. Dutch Psychiatrist Jan Bastiaans used LSD, psilocybin, and ketamine to treat survivors of the Holocaust by helping them comprehend their war experience through the channels of the psychedelic high. He had also used similar methods to treat people who were victims of trauma till the 1970s after which he retired.

Albert Hoffman had created LSD in his lab in 1938. 5 years later he accidentally ingested it into his system and claims to have had vivid visuals that took him back to some memories from his childhood. He is one of the first proponents who mentioned the capability of using a psychedelic substance in clinical settings. He was disappointed in the manner the world started viewing his creation as a substance of abuse. The distress made him call his nurtured and caring invention a ‘problem child’. He says that-

“ If people would learn to use LSD’s vision-inducing capability more wisely, under suitable conditions, in medical practice and conjunction with meditation, then in the future this problem child could become a wonderchild.

Hoffman also emphasized how LSD allows for a more vivid connection of the mind with nature. He also commented on how the usage of the substance should be respected as in par with the manner psychedelic rituals took place in indigenous settings, with care, and under spiritual motivations. In other words, don't use it as an entertainment party drug.

It seems Hoffman’s vision is coming true after all.

The therapeutic potential to cure mental ailments cannot be discarded. The numbers speak for themselves. Research undertaken through diverse samples and in different locations has given fruitful results.

Dr. Rick Dublin is the founder of MAPS (Multidisciplinary Association for Psychedelic Studies) and has been working towards the legalization of psychedelics for its use in clinical mental health settings. The current clinical psychological research using MDMA which is funded by his organization is said to have reduced PTSD in patients from around the world.

Of the 107 people studied by MAPS, 56% no longer had symptoms of PTSD after the initial treatment. This is a two-time increase compared to the results from non-psychedelic mental treatment for the same, which stands at 23%. After a 12 month follow-up, 68% of the patients no longer had PTSD.

After these results, the United States Food and Drugs Administration (FDA) termed MDMA psychotherapy research to have achieved groundbreaking results. The third phase trials are still happening, after which there is a chance for MDMA psychotherapy to be integrated with the state mental health infrastructure across the USA and other parts of the world.

The FDA, in October 2019, had also termed psilocybin psychotherapy to have achieved innovative results in its capability of producing efficient results in countering depression, and addiction. Psilocybin is a chemical substance extracted from mushrooms which have psychedelic properties. These mushrooms when illegally procured, go by the name magic mushrooms.

A particular study by John Hopkins University in 2016 to understand the emotional state of non-terminal cancer patients was conducted through psilocybin psychotherapy. 83% of the 51 participants have developed better emotional well-being in comprehending their mental state while nearing death. 67% of participants from this sample claim to have had one of the most meaningful experiences in their lives.

In 2014, after 6 months post the conclusion of psilocybin psychotherapeutic research done by John Hopkins University on cigarette addicts revealed that 80% of the participants stopped smoking. 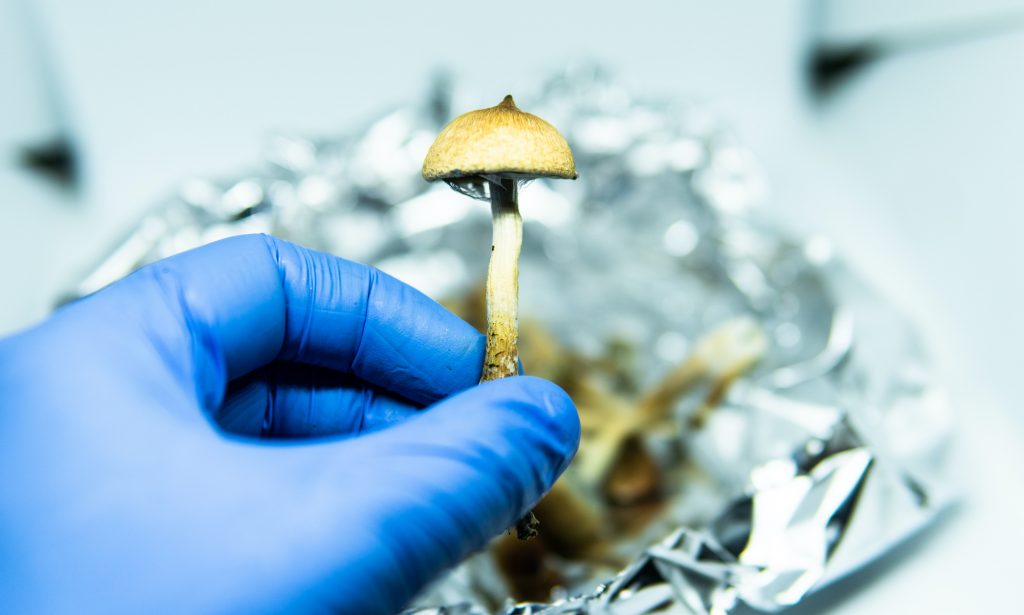 The importance of a mediator while undergoing a psychedelic experience is very important in its medical setting. The role of the doctor/ psychologist would mediate and help the person make sense of the visuals they experience. In this process, there is increased self-realization which happens by accessing the suppressed memories of trauma, pain, suffering, or even hopelessness, for those who have been diagnosed with non-terminal illnesses. This can also be an event or circumstance that might have caused a detrimental effect on one’s mental health. In this manner, the brain can understand and reorganize its nerve channels to comprehend a new reality that can come in terms with one's own experiences from the past or present.

In a TED talk given by Dublin in 2019, he mentions how a Vietnam war veteran suffering from PTSD was able to comprehend his trauma by visualizing his martyr friends exclaiming him to move forward in life and how that would make them happy. The same veteran also stopped the use of opioids which he was addicted to before the MDMA-induced psychotherapy session.

Dublin also mentioned an example of a person called Marcella, who suffered from PTSD after experiencing a violent sexual assault. After inducing a psychedelic by herself she thought of killing herself, but when she was administered a dose as part of therapy she was able to relive her trauma and thereby restructure it to increase her well-being. The possibility of achieving a ‘bad trip’ during these sessions is very possible and this is exactly why a trained mediator should be present during the session. This analogy also rules out the fruitfulness of self-administered psychedelic experiences.

The clinical setting for a psychedelic experience happens with the patient lying down with an eye mask, listening to music, and trying to interpret the visuals coming before them. There will be a trained mediator sitting beside the patient helping them relive and understand their experiences. The room would be silent and calm with no triggering artifacts and usually, the therapist might suggest the patient bring personal things to keep in the room so that it brings a comfortable nature/ environment and a better mindset for the patient. The role of a mediator is important and if and when psychedelic use in therapy becomes mainstream, there will be a need to train and assimilate traditional proponents of psychiatry and psychology to the newer methods of psychedelic therapy. 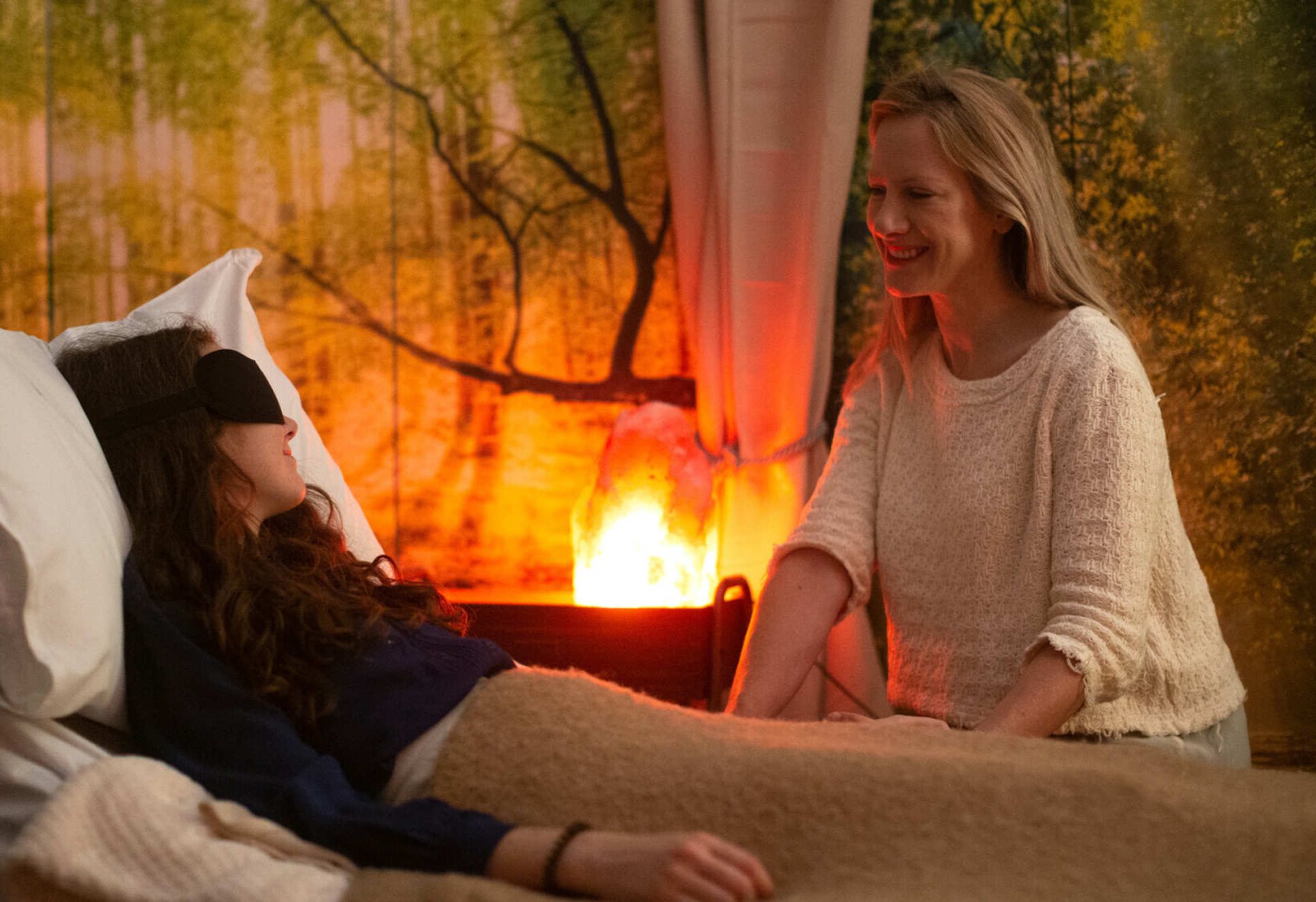 The counterculture movement that emerged in the 1960s saw an anti-psychedelic stance emerge from the state, which then spread across the world. The counterculture movement aimed to bring down normalized understandings of sex, sexuality, gender, race, and was also a movement against war, especially since it was the time that the Vietnam war took place. The civil rights movement, sexual revolution, hippie movement, second-wave feminism, and gay liberation all stemmed from the counterculture era. Since this was also the time that the public started using psychedelics and marijuana on a large scale, the state brought forth stringent regulations to control the recreational and clinical use of it as well.

The anti-state-society stance from the young protesters was regarded as a drug abuse-induced movement rather than a movement for reform at the time. However, this was also the time when the Manson murders took place, which shook the entire world. It also rooted an end to the counterculture movement. The use of LSD in controlling the minds of the killers in the Manson murders bought a highly negative connotation to the drug. It is also a case study that brings out how psychedelics when used wrong can bring terrible repercussions.

Micheal Pollan, the New York Times best-selling author for his book ‘How to Change Your Mind’  writes about psychedelic research and its history. In an interaction from 2018 with 52 insights, Pollan describes the counterculture era and psychedelic use as follows,

“ This was a very unusual moment in history where the young developed their aesthetics. Their music, dress, codes of conduct, sexual morals. A remarkable autonomy in a way culturally. And I think that will never happen again because it was a product of the novelty of those drugs. The threat in the 60s though was also born of the unfamiliarity of the elders in the culture with this practice, with psychedelics. We had this very unusual situation where the young were undergoing a powerful and searing right of passage”.

-Micheal Pollan, author, and advocate for psychedelic use 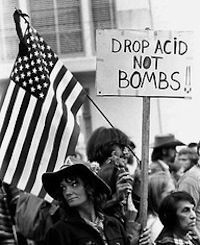 The state cracking down on psychedelics around the world has bought out an illegal market for the same. But, these street drugs are contaminated to an extent and their quality cannot be ascertained to be on par with substances produced for clinical research. There have been instances of increased paranoia, personality disorders reported if psychedelics are taken in nonmedical settings.

There have also been reports of people committing suicide after taking these drugs because of intense paranoia arising from a bad trip. For instance, in 2008 the Netherlands government banned magic mushrooms for recreational use after a 17-year-old girl jumped to her death from a building while on a school trip and under the influence of the drug. The Netherlands is amongst one of the few countries in the world that are tolerant towards the recreational use of cannabis and other psychedelic drugs.

Indigenous practices of psychedelic healing through psilocybin and ayahuasca have also been exported to the west with underground practitioners with no academic/ professional experience conducting spiritual sessions through these psychedelic induced highs.

This has increased recreational drug-based tourism to parts of Europe, South America, and other parts of the world. Trance parties and certain musical festivals are conducted under such pretenses as well.

A scientific renaissance for psychedelics illuminates an understanding of these drugs which go against a societal taboo accorded for these substances. However, there is always a chance for misuse and abuse arising from the use of psychedelics in unfavoured mindsets and non-clinical settings. The developments in Psychotherapy show how these drugs could be used for the benefit of the human mind rather than be a boon for society.

Is Technology The Reason For The Generation Gap?