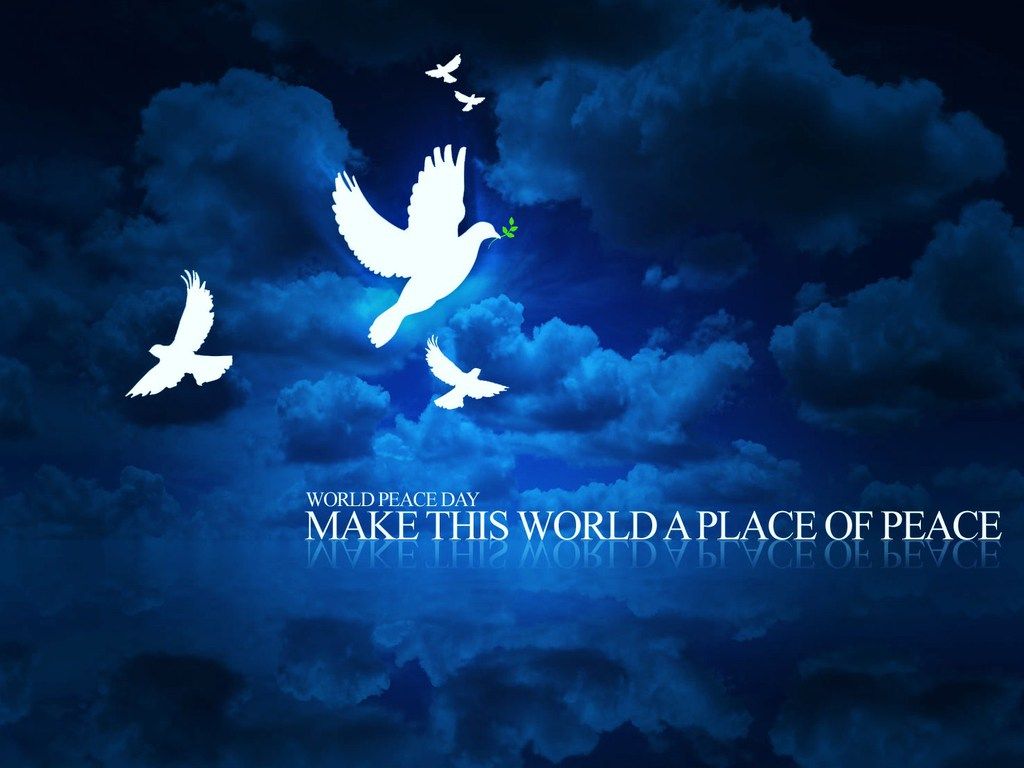 International Peace Day also known as World Peace Day is recognized globally every year on September 21st. It is a United Nations-sanctioned Holiday. The aim of declaring this day was to strengthen the ideals of peace across the world. In this world every third thing starts from violence, fights, rush, war and these things often engross our news cycles so this Day reminds us that we should work in peace for a Peaceful Life. "Peace"-the word is more often identified as a state of mind but for World Peace Day it means the absence of human conflicts or battles. Someone said it so right- “Mankind must remember that peace is not God's gift to his creatures; peace is our gift to each other.”

You may think that this day has 1000 years ago history, but not. It has a very recent history. People might link it with the ending of World Wars, but it didn't originate from the end of any World War. It was in 1981, on the opening day of the annual sessions of the General Assembly in the United Nations. The United Nations General Assembly recognized the 3rd Tuesday of September as World Peace Day or International Peace Day. Two Decades after the recognition of this Day in 2001, the UN assembly decided to fix the date as September 21. From then, every year 21 Sept is observed as International Peace Day, a day of global ceasefire and Non-Violence all over the world. Since then, this tradition has been kept secured by Secretary-General Ban-Ki-moon, every year requesting to uphold a global ceasefire. This Day has worked quite well several times. Afghanistan has also experienced a reduction in violence since 2008.

Today we are in much better condition than our ancestors. You can easily have an idea, as in earlier times there have been a lot of wars and battles between different countries or regions for example Battle of Plassey, Battle of Buxar, Battles of Panipat, Hiroshima, and Nagasaki atom bomb blast and some recent terrorism wars. Violence and war still exist but compared to initial times, the chances of dying in a war is much less. 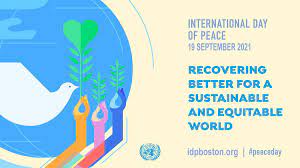 Every year this day comes up with a new theme to spread peace. This year's theme is "Recovering better for an equitable and sustainable world". The UN's Secretary-General, Antonio Guterres gave a 100-day countdown message. In his message, he said that the UN requests everyone, everywhere to observe 24 hours of ceasefire and non-violence. In these times of pandemic and 100 days before the International Peace Day, our main purpose is to defeat Covid. This virus is our common enemy because it causes suffering and risks, making a stop at human progress. He also said that this pandemic is not just a health issue, it is an issue of Peace, Development, and Security.

This theme has been decided to celebrate this day by spreading kindness, sympathy, and hope in Covid. The world is called to participate and stand with United Nations against attempts to promote Discrimination and Hatred to "Shape Peace Together."

This Day brings lots of activities and events including festivals, public ceremonies, exhibitions, private events, concerts, and lessons for students in schools and colleges all over the world. Students are told about the mistakes done in ancient times that had lead to wars so that these mistakes won't be repeated in the future. As an individual, we can also participate in the celebration by doing small acts such as setting caged animals free and by planting trees because -“Many a little makes a mickle.”

In the matter of Peace, India has a strong influence on other countries as we have got much of our independence through peace and non-violence. Mahatma Gandhi has been one of our freedom fighters who believed in solving everything with peace. He has always favored non-violent movements, peace, brotherhood, and harmony. "Ahimsa" has always been an important part of his life. He devoted his whole life to world peace.

Some of his sayings about peace are:

“An India awakened and free has a message of peace and goodwill for a groaning world.”- Mahatma Gandhi

“Peace will not come out of a clash of arms but out of justice lived and done by unarmed nations in the face of odds.”- Mahatma Gandhi

The daily life of people nowadays is quite hectic at times. It may sometimes feel like giving up everything and go into peace but unfortunately, that's impossible. It's impossible because we are bound to work and work, that's the way we live. But actually, it doesn't have to be that way. Sometimes small efforts to bring peace into life can make a big difference. In today's time when hatred has taken over everything, there's a huge need for peace and solidarity.

The best and creative way is to find a relaxation technique for yourself. "No one can know you better than yourself". Some people find peace in music, some find in doing yoga, some find it in spending time with their loved ones, some in hugs, some in sitting alone, some in interrogation, some in crying and even dancing. Peace is everywhere. We just need to know ourselves to find it.