Should You Stop Eating Avocados? 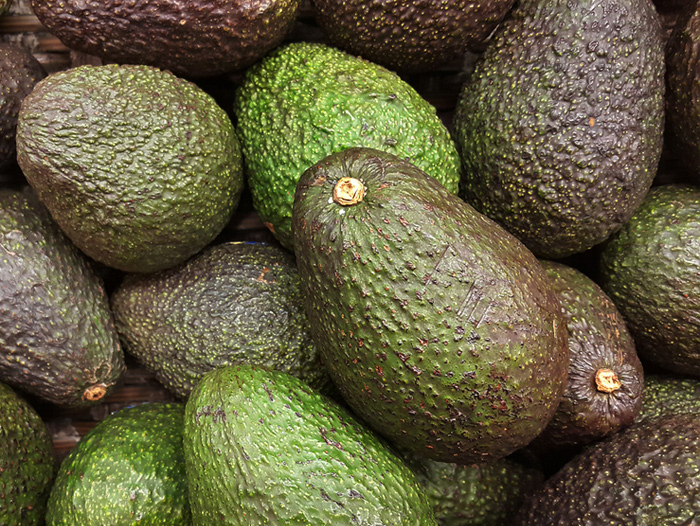 There’s no denying that avocados have become incredibly popular in the last decade, but have you ever considered why? Avocado toast is widely known as the millennial breakfast but avocados have been in the limelight since the US government pushed low-fat diets in the 80s. Consumption of the fruit also peaked alongside a growing interest in Mexican cuisine and since the Northern American Free Trade Agreement in 1994.

The agreement was implemented to encourage trade between Mexico, Canada, and the US with incentives such as lower tariff rates, economic growth, and an abundance of jobs as a result of increased exportation. The updated version of this agreement is called The United States-Mexico-Canada Agreement which was enacted in 2020. Although most American avocados are grown in California, Mexico is the leading global exporter of avocados, especially to America.

In February of this year, Mexico’s avocado exports were briefly halted after a US inspector in Michoacan was threatened whilst routinely inspecting Mexican avocados. The avocado industry has historically caught the attention of drug cartels and organised crime, especially in Michoacan, Central Mexico, where avocados are mass grown and distributed by sellers who are susceptible to violent exploitation.

The billion-dollar industry appeals to Mexican cartels who see profit from infiltrating avocado production and demanding profit for ‘protecting’ vulnerable workers from competing cartels. Avocado shipments are stolen daily as gang members sell for a higher price and behave violently towards avocado workers as a way to exert and maintain power.

Avocados have become a lucrative business that criminals comepete profit from whilst sellers are caught amidst the violence. According to the START, the National Consortium for the Study of Terrorism And Response to Terrorism, ‘CJNG and other Cartels are heading out into the fields of Michoacan with axes, chainsaws, and machine guns to establish their own growing fields. Gangs are often territorial over land that can be stolen and cultivated for their own crops.

The CJNG, short for Jalisco Cartel New Generation, are notorious for drug trafficking and the murder of rival cartel members. In 2018, the US government announced a $10 million reward for any information that would lead to the arrest of the Mexican drug lord and CJNG leader, El Mencho who has not been seen for several years.

Although gang feuds are often fuelled by the global drug trade, it has become increasingly apparent how ‘green gold’, aka avocado, also has a macabre connection to organised crime. The term ‘blood avocado’ has been coined in reference to how dangerous avocado production has become for Mexican citizens.

According to Green-Books.org, Caballeros Templarios currently have 10% control of all avocado farms in the Michoacán region. The cartel poses a serious threat to the lives and livelihoods of hard-working locals. The avocado trade is a human rights issue, and the question stands of how ethical it is to consume avocados at the cost of human life.

Avocado groves also need a lot of land that is cultivated and used for replanting year after year. Mass deforestation of arable land leads to soil degradation which is when nutrient-rich soil becomes stripped of its biodiversity. Soil is a finite source that worsens in quality over time and with use. However, Mexico’s economy depends greatly on its avocado trade which also produces thousands of permanent jobs for local farmers. Avocados are among Mexico's top 10 exports alongside vehicles, crude oil and electronics.

It is easy to see why the popularity of avocados has boomed over the past decade, but aside from the economic factors, avocados are also widely available at most supermarkets and are considered a ‘health-conscious food.’ In recent years millennials have been stereotyped as obsessed with the exotic fruit. They are the generation that loves to waste their money on avocado toast at some overpriced cafe, but millennials, like any generation, know how many health benefits avocados provide, as well as being trendy and delicious.

Avocados are a healthy source of fat that is notably great for skin health. They are also high in fibre which aids digestion and overall gut health. They are abundant in various minerals and vitamins, and studies have shown that folate, one of the said vitamins, is often prescribed to people who are pregnant to help with foetal growth and development. Folate is also known to decrease a baby's risk of neural tube defects such as brain or spinal cord damage when taken before conception and through the early stages of pregnancy.

Overall, avocados, like most globally distributed food, have a long way to go before being considered entirely humane or ethically sourced. However, the avocado industry also has many benefits to Mexico’s economy and the livelihood of locals. Avocados have worked their way into many different cuisines worldwide. Avocados are blended or pureed into drinks or part of a creamy dessert in many Asian countries; or even salads to compliment spicy dishes. Avocado is incredibly popular in Sushi alongside fish, particularly in Japan and America, and, of course, as fresh guacamole in Mexico. Mexican restaurants will commonly serve guacamole as one of their most loved recipes. So, you might want to reduce your consumption of avocados, or at least ensure none go to waste - but they also provide many benefits to Mexico's economy.