Stereotypes and Generalization: how to avoid Stereotypes 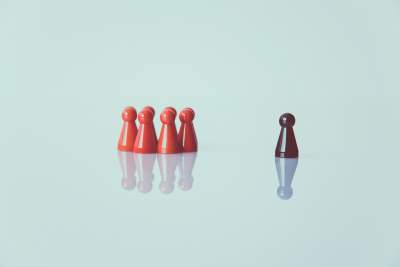 People see the world with words that determine things. Depending on the range of determination, while it helps people to understand, it could bring stereotypes. When could those perceptional ranges be stereotypes and how can people avoid them?

Generalizations are inevitable as “an inherent part of human perception”, which requires allocating things into different categories. Therefore, Bennet (2021) does not insist on avoiding generalization. Instead, it shows the importance of admitting the variety of individuals in one group. The level of analysis for generalization, either at the intercultural or individual level, is important. Intercultural analysis observes human behavior, while individual analysis focuses on individual characteristics and personality. Confusing these criteria could easily create stereotypes. The perception also determines the perception as a stereotype or generalization. Give an example, the wide scope, “the West” to “the East”, is too vague; the extremely narrow scope is not useful.

Joel Charon discusses generalization from the perspective of sociologists. As a sociologist, he faced situations that required him to generalize people. At first, he had doubts that, however, as he investigated more cases, he realized that categorizing and generalizing are necessary and inevitable components of perceptions. The key point of generalization is understanding. When people use it for evaluating others, it could easily be judgmental as stereotypes. He describes the six aspects of stereotypes; judgmental, absolute, overshadowed, rigid, far-fetched, and focusing on the differences. They are oversimplified or exaggerated, and for the people who are judgmental, it seems attractive.

How to accurately generalize

Then, how is it possible to make accurate categories and generalizations about people? Charon, J identifies six ways of thinking without making stereotypes. First, social science tries hard not to judge categories of people. Second, it reminds us that its assumptions are rarely absolute and have exceptions. Third, it is not supposed to create categories for understanding all individuals. Fourthly, it collects evidence for generalizations. Fifthly, it constantly evaluates the evidence. Finally, scientists categorize because they seek “a certain kind of generalization” in order to understand the cause of the category. Therefore, the real question here is “should we generalize about people?”. One absolute fact is that people cannot understand well without categorizing and generalizing. There is no other way, but we must know the tendency of stereotypes.

How to avoid stereotypes

Stereotype suppression is the strategy that tries to avoid stereotype others. However, there are many cases that show that suppressing those ideas from the mind has the opposite effect. In the experiments conducted by Wegner (1993), when the mind tries to avoid thinking about a thing, it becomes unavoidable.

In addition, there are three more different approaches. The first one is override, the second one is correction, and the third one is inhibition. However, override and correction could face the lack of cognitive resources, and overcorrection and inhibition could cause new stereotypes. Therefore, the author claims that not thinking about any stereotypes is the key, so that suppressing is the most common approach (Monteith Sherman et al., 1998).

Then, how can people suppress stereotypes without enhancing them? Kimura (2005) suggests instead of trying to avoid stereotypes, trying to think about them later will make it easier. Hayes et al. (1996) also show that accepting it will avoid rebounding stereotypes. Wegner (1994) also suggests that thinking about something else will stop rebounding. Another suggestion (Galinsky & Moskowitz, 2007) is to think about the opposite word, which means positive, to the stereotypes. However, this could just bring antonym stereotypes (Reich and Mather, 2008). Although Oe and Oka (2003) note that using neutral words could be the solution, whether the person can come across the neutral word depends on their perceptional ability so that it cannot be efficient for everyone.

Magdalena, Z. (2018) illustrates that “stereotypes are a bit like air: invisible but always present”. Even though people recognize stereotypes as unpleasant, avoiding them is hard. These past years’ research has clarified that stereotypes can damage people’s ability to perform. The first research was conducted in the 1990s. The experiments were conducted to find out how racial stereotypes can affect intellectual ability. As the black participants had negative feelings about their verbal ability, once they were told the test was about those abilities, they produced results inferior to those of the white participants. Even when they are only asked to identify their race on paper, the black also underperformed. These tendencies are not only about race but also could be seen in any category. Women underperformed in terms of math and leadership aspirations. Men also underperformed in terms of social sensitivity, though they performed better in terms of information processing. The poorer or immigrant children performed worse in the test as diagnostic of intellectual abilities, and the elderly did worse in diagnostic of memory performance. Anxiety caused these results from the negative stereotypes. They cause people to be under pressure, which increases the negative stereotypes and fear.

To escape from these interrelated mechanisms, concentrating on the task and ignoring the frameworks of stereotypes is important. For example, showing role models will reduce stereotypes. As “Obama effect” was reported, when the role model offered positive stereotypes, it decreases the negative self-image.

Another way is shifting one’s own stereotypes. People are categorized into different groups, therefore focusing their attention on the group’s positive categories could improve performance. For example, since Asian people are regarded to be good at math, when Asian women focused on her Asian identity, she got better results on paper.

By knowing those differences between generalization and stereotypes, and paying more attention to our own perception, is the best way to avoid stereotyping.