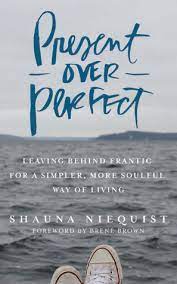 It is Peter's story, who was from Eastern Europe. Peter was eight years old. He lived in a small village in Eastern Europe. His parents were wealthy and prosperous. Peter was their only child. He was also handsome, intelligent, and polite. Everyone in the village, including the family, the young lads, older men, and children, were happy with him.

He was the darling of the school. His fellow students liked him, and he was the favorite student of the teachers. He always came to school after doing his homework and excelled in sports, classwork, and studies. He was a perfect child, but he only had one flaw. What was that flaw?

Before I get to that, let me tell you this, it's not only Peter's story. It belongs to all of us. At some point or another, we are all Peter. Therefore, this tale is both Peter's and ours, as well as that of Muhammad, Rahul, Aisha, or John. We need to hear Peter's story to comprehend how this tale relates to us.

Peter only had one issue—he had a propensity for "daydreaming." He would sit with his eyes open and daydream. He didn't live in the present and occasionally changed the flow of time. He would frequently sit in class and imagine himself as a gorgeous man of twenty. He would imagine himself mounting a horse and watching as his horse took off like an airplane.

Peter would travel in the world of imagination. Sometimes he would fight wars. Sometimes he would reach the princess's palace, kidnap a queen, and put her on a horse. He would run the horse through the valleys, mountains, forests, and plains and feel the enemies' horses running behind him. He used to play polo matches in the world. Sometimes he entered the market as a businessman, and sometimes he fought the waves of the sea as a sailor.

He dreams his ship would stop on a deserted alien island, and he would spend the rest of his life as Robinson Cruise, or he would become a vagabond. At times he would become Robin Hood robbing the rich and distributing to the poor, and then he would become an old King and feel sick. He sees himself lying on his deathbed, taking his last breaths and his princesses and princes stand around him to hear his will.

He calls himself Pope at times. He dreamed that he was standing on the Pope's balcony in Vatican City, and the whole world was standing under the balcony and paying homage to him.

Peter was a wonderful child, but with only one major flaw. He could not be mentally present at any time. His body and his mind were always in two separate worlds. Peter's biggest dream was to learn to control time. He wished he could move time forward or reverse it whenever he wanted.

One day he was walking through the forest. He stumbled, fell, and fainted. When he opened his eyes, he found an older woman leaning over him. It was high time she asked Peter what his greatest wish was. Peter said, "I wish I could move time back and forth whenever I wanted" The old woman laughed and replied, "Silly child! Time is a river." It flows forward; it doesn't go back. I can only give you something to move time forward."

Peter agreed, and the older woman gave him a magic ball. There was a thread hanging out of the ball. The old woman told him, "this thread is as long as your life; the more you pull this thread out, the further you go in time."

Peter happily went on. He pulled a little thread. Magic happened with an echo of the older woman's disappearing voice, and Peter went forward ten years. He was now a handsome young man of eighteen. He walked on the heels of the youth, and the beautiful women of the city stood on the balcony watching him. But Peter found his parents were getting old. The wise people of the village have passed away, and the town's size has increased. He soon got bored of being 18 years old. He pulled the thread from the magic ball again.

He went forward another ten years when he was a 28 years old young man. His teenage was over, and he wanted to settle down in life. His parents were old and sick. Savings were used, along with the sale of lands and horses. His mother's back pain was getting worse, and she could not walk, while his father was beset by heart disease, and their servants had left them.

In this decade, Peter tried to get a job but failed due to a lack of education. He tried business but was killed by inexperience, laziness, and lack of commitment. He ventured into politics but also failed due to a frivolous past. His friends had left him. He had been roaming around the village and cursing his aimless life. Peter got tired of this phase of life too. He took out the magic ball, pulled the thread, and became 38 years old.

In this decade, his life was in order. He had grey hair now. He was developing wrinkles on his face, and he was always bothered by a minor pain in the back of his neck. He had married a college friend Rita and had two small children. His father was disabled, and his mother passed away. The huge house, as well as the land, were both sold. He resided in a compact home. His wife used to make pickles, and he sold them in the market. In the evenings, he used to sit in the village pub, which was all his life.

Panicking, Peter tugged at the thread, and he went forward twenty years this time. He was 58, and his children had moved to the city as young adults. The house had grown older, and his wife, Rita, had a kidney disorder. She was living with a bag on her stomach, and most of the older adults in the neighborhood had died. The village had become a town, and it wasn't quiet.

Peter had broken his hip bone by falling in the bathroom. The bone was attached, but he used to lean slightly on one side while walking. When their elder son sent money from the city, the husband and wife would eat three meals a day. In the house, only the sound of both husband and wife coughing all day and night.

Peter was also terrified of this phase of life. He took out the ball, pulled the thread, and became 68 years old. It was over; the wife had died, all of his friends, relatives, and family members had passed away, the house had been sold, and he now resided in an elderly care facility.

TV had taken the role of radio, and Internet was replacing TV. Peter's lungs were filling with water, and the discharge from his throat was uncurable. He used to take steps and sit down tired. He usually did not feel hungry, and if he did, he could not get food. If he did get some food, he could not eat because he lacked teeth. If he somehow swallowed his food, it was not digested. If the food was somehow digested, he got constipation, which was worse than hunger. Life has suddenly changed for the worse.

Life had turned into a terrible situation. Peter used to sit at the railway station all day long. He wanted to read books, but the weakness of his eyesight was bothering him. He tried to listen to music, but his sense of hearing had faded. He wanted to see the past and remember things, but the memory did not support him. People, items, and events all got mixed up. One day Peter sat at the railway station and asked himself, "Peter! What was the most wonderful time of your life?" "There was an image of eight-year-old Peter instantly popped into his mind.

He realized the most wonderful time of his life was when he ran through fields, forests, and valleys, and the shadows of fear and pain were not yet born. He pulled the thread, but with a ticking sound, the thread broke. Peter found himself standing at the head of his grave. The grave was old, degraded, and deserted.

The grave was telling its condition. It has been a long time since anyone has seen it. No one has come to its head. No one has sacrificed even a single flower on it. Peter fainted, and when he opened his eyes, he was in the same forest where it all started. He was sitting with the magic ball in his hand, and the same older woman was standing in front of him, smiling.

The old woman added, "One can only maintain today's integrity and cultivate today's happiness. You're an eight-year-old boy today; you'll be nine years old next year. Whatever you do, you won't return for eight years after that. So get up and make the most of the next eight years. Please don't get caught up in your dreams; whether it's Robinson Cruise or Robin Hood, they all end up in abandoned graves. Only those alive today will survive the world's past and future; thus, if you choose to be happy now, you will be for all time." Saying this, the older woman disappeared with the ball then.

Peter got up and started running down the valley; he was now enjoying his eighth year.

Tenacity: the Capacity to Persist