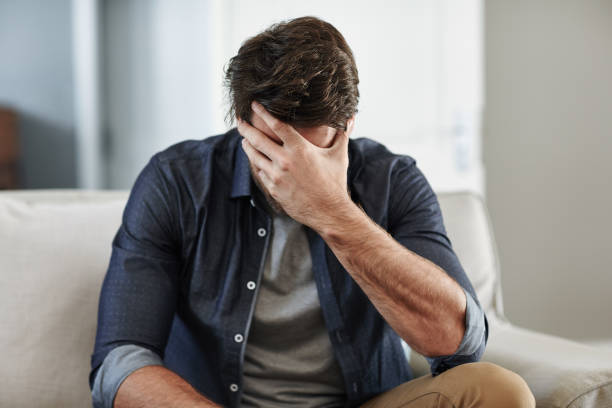 World Health Organization estimated that around 800,000 people die from suicide each year. That is one person every 40 seconds, speculating who is more vulnerable. Research shows that although women tend to experience suicidal thinking more often, men, on the contrary, are more likely to die by suicide.

This article explains why men are more prone to suicide than women. In recent years, a gradual spike in men has been seen who end their lives prematurely through suicide.

The rate of committing suicide among married men is three times more than that of married women. In 2021 around 81063 married men committed suicide, while the women's figure stood at 28660. Family problems and illness were the major causes of suicides, accounting for 33.2 percent and 18.6 percent of suicides, respectively, in 2021. However, according to The Centers for Disease Control and Prevention (CDC), in 2020, around 45,979 people died by suicide in the United States. Risk factors for suicide are:

Research shows some other theories regarding men being at a higher risk of death by suicide. They are as follows:


Prevention Of Suicide Among Men

Several strategies that both communities and individuals can use to help reduce the peril of male suicide, including:

Emotional and practical support is essential to help people and restore well-being. However, people with suicidal tendencies often report a specific kind of tunnel vision. They think in terms of black and white and cannot see the broader picture. During such plights, that individual might not be motivated to seek help. As a result, offering support by listening, encouraging, and sometimes even challenging the preconceptions that these people hold about themselves, which could be their abilities and worth to society, helps a lot.

Psychologists and other mental health professionals often discuss the importance of a solid social support network. For example, experts implore people to lean on their family and close friends for support. When dealing with a crisis or reaching a goal

Research demonstrates the link between social relationships and different aspects of wellness and health. Poor social support has been linked to loneliness and depression. It also alters brain function and increases the risk of the following:

In one study of middle-aged men over seven years, those with strong emotional and social support were less likely to die than those without such relationships.

A written set of instructions is created as a contingency plan where you begin to experience thoughts about self-harming. It contains a series of gradually escalating measures moving from one step to the following until you are secure.

Your suicide safety plan should include specific steps that should be written in the order presented below.

The first step in creating the plan is to think about the types of images, situations, thoughts, behaviors, and feelings that might urge or accompany suicidal feelings for you. Additionally, these are warning signs and help to familiarize yourself with such risk factors for suicide to recognize them beforehand. For example, when you get depressed, you tend to isolate yourself and ignore your health. Again, this is a warning sign.

If the self-help measures cannot distract you, keep a list of updated contacts you can talk to at such desperate times. Be sure to have backups if the first or second choices are unavailable.

Ways to Calm Yourself

Creating a list of activities that can be calming when you are upset might be helpful. Suppose you need help to think of examples off-hand, trying mindfulness such as breathing exercises or body scan meditation. Alternatively, look at ​ways to reduce stress. A few self-soothing ideas include taking a hot bath, listening to music, or exercising.

Creating a list of all professional resources available, with email addresses, phone numbers, and other pertinent contact information. Any crisis hotline numbers like the National Suicide Prevention Lifeline at 988. Professional healthcare team members can include your psychiatrist and therapist as well. Take your time to learn about different types of therapists that might be suitable if you have yet to see a mental health professional. I suggest making an appointment today.

Creating a list of reasons for living. When you feel suicidal, it is effortless to get caught up in your pain and forget about the positives in your life. This list might help you focus on why to keep going—few people who are depressed or not tend to keep a gratitude journal.

For example, if you feel suicidal urges, referring to the notes you made will help you understand yourself better each time. Consider penning down your blessings like they say, "Count your blessings." It can contain your family members, close friends, the pets you own, health updates, faith, or a simple thought that stayed with you when nothing else did. Keep track of your growth, which will help motivate you.

Creating steps to keep yourself safe. Removal of items you use to hurt yourself or change locations until the urge passes. Sometimes involving a person who is close to you might help. Whenever you feel like hurting yourself, visit a public place like a mall, library, cafe, or any crowd, for that matter, to distract yourself. Moreover, keep things around your room that make you feel empowered about yourself and do not provoke you negatively.

How to Get Help

If you or somebody you know requires help, there are multiple ways to seek help. You can visit such communities and people and express your thoughts openly. You will be heard irrespective of your issue and receive help immediately at such places:

Call 911 or visit the nearest emergency room in cases of immediate danger. Treatments for depression, such as antidepressants, psychotherapy, and often a combination of both, are considered to be effective in reducing symptoms of depression and lowering the risk of suicide.

Suicide is a severe problem worldwide, but there is hope. Recent research has found that hope can act as a resilience factor that buffers the impact of hopelessness on suicidal ideation. It is a future-oriented attitude that helps individuals get through times of crisis by projecting thoughts of a future full of possibilities.

In conclusion, reframing gender differences in mental health and creating a wholesome environment where people are encouraged to speak up without feeling judged is necessary. Prevention is better than cure, and nothing better than saving lives. Hope is a four-letter word, but it impacts billions, so we shall hope for the sun even if it rains. Without them, there would be no rainbows. So let us find our rainbows and be one in someone's gray skies.

Loved how at the end you beautifully described it as - "Hope is a four-letter word, but it impacts billions, so we shall hope for the sun even if it rains. Without them, there would be no rainbows." Overall very well written!!