The Era Of Popular Culture 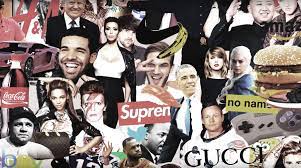 There are multitudes of cultural differences between different societies of the world. We can easily say people of one society come from a background, distinct from the other. Therefore, they are bound to have different beliefs and engage in activities that do not coincide with the other. The world we live in is rich in several cultures and we are typically a part of many such cultures at the same time, either directly or indirectly. What brings people of distinct cultures together is popular culture or mass culture. It aims at forming a larger collective unit (i.e. a social group) and bringing a large number of heterogeneous people together, by using the high level of influential power it possesses.

Popular culture is defined as “a set of practices, beliefs, and objects that embody the most broadly shared meanings of a social system”. Popular culture sets out to influence people belonging to different identities and establish a particular belief or practice that gains global recognition. Thus, it becomes a universal language that manages to connect us across racial, political, and social divides. It comprises, among other things, media, objects of pleasure and leisure, fashion and trends, and language conventions. It is beyond conventional ways of culture. Rather, it focuses on the soft power of things (i.e those which have the potential of making an impact on the whole generation, irrespective of their traditional outlook on practices).

The connection between popular and mass culture leads to a focus on popular culture's role in the capitalist economy. From this economic perspective, popular culture is viewed as a collection of commodities produced mainly for for-profit motives and therefore sold to clients. According to one viewpoint, popular culture is a technique used by the elites to try to modify and control the consumption standards of the people on the ground by acquiring control of the mass media. It is claimed the elites use this culture to divert people's attention away from essential concerns to enjoy the benefits of the same. Through this, popular culture emerges as an arena of negotiation between the interests of dominant groups and those of subordinate ones.

The other, opposition to this, is that it is a weapon used by the subordinate and lesser classes or groups to rebel against the dominating groups. This tradition saw popular culture as a culture emerging from authentic folk and the working class. Through this subculture perspective, popular culture is defined as a set of behaviors or trends by artists that result in performances are received and interpreted by audiences.

Popular culture can be created through a variety of mediums, including movies, television shows, pop music, sports, books, radio, games and sports, the internet, and so on. Television is one of the major mediums of popular culture because of its wide reach. First, media professionals put into meaningful televisual discourse, their particular account of raw social events. In the moment of audience decoding, another range of ways of looking at the world is ‘in dominance’, i.e. those portrayed by the media. If the message has not been segmented, it has no effect. On the other hand, if the audience acts upon decoding, it has now become a new form of consumption.

Films are part of our world today much as they inform us about our contemporary world. Different types of film genres set out different forms of popular cultures and ideologies in the minds of the viewers. For example, science-fiction films are very popular in today’s time. Science fiction films reflect both man's wild and moderate imaginations as he considers extraordinary scientific advancements such as the discovery of fires capable of destroying the entire earth. We can take the example of Marvel films where their different ‘heroes’ and characters have some supernatural powers that help them in saving humanity. Such films expand human vision and thought, and therefore they have attracted a considerable audience among both old and young people all over the globe.

Social media and the internet are fast emerging as the major tool for establishing any popular culture in society. It has turned out to be influential for the people in terms of content and spreading ideas. It influences the type of music we listen to, setting fashion trends, and the type of dance form we watch and perform, among several others. TikTok and Instagram reels are good examples of setting popular trends on social media, be it in the fields of dance, music, fashion, or even the food we eat. TikTok dance trends and similar compilations have taken over the internet and traditional forms of dance have been replaced by them, especially for the younger generation and youth of not only one country, but the entire world. Celebrities also use social media for their promotional purposes and people enjoy their content as they get to consume more insights into the lives of their favorite celebrities. This is also turning into popular culture in today’s globalized world.

The cultural experiences and attitudes are more accessible to the common people on the ground and that represent mainstream society are referred to as popular culture. Unlike high culture, most individuals are aware of and have access to popular culture. The first and most basic consequence of pop culture is how it fosters and strengthens relationships with others who share similar interests. The wide range of representation in pop culture's numerous genres helps individuals grow and become more inclusive.

It is indisputable that popular culture has aided in the realization of the concept of  "global society" by providing a common topic of discussion for individuals all over the world. It has widened the scope of globalization even more. People are proven to be adaptable to a variety of cultures. It demonstrates that interaction between different cultures around the world enriches culture. As a result, globalization is not a disintegrative but an integrative process.