The Importance Of Grassroots Activism 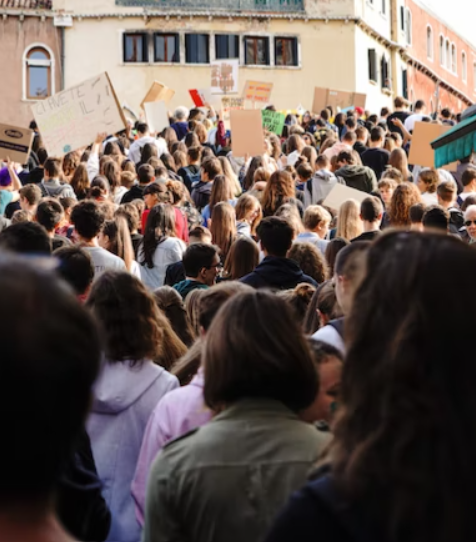 Standing up for something you find wrong or unfair has been around for centuries. The most prominent method people use is protesting, when a group gathers to send a message to those who have the power to change or fix an issue. However, the methods of standing up to a problem have changed through different generations and have more abilities. This article will include what grassroots activism is and how it has evolved. It will also include what methods are most helpful and what methods have been used in the last decades. This article will also talk about why grassroots activism is essential and give some examples of grassroots activism.

Grassroots activism is when ordinary people take actions meant to demonstrate public opinion or demands and spark political change (Dan Jasper 2022) Ordinary people usually cannot change anything, especially issues that are political, such as laws. Grassroots activism is a way for those who agree on the same point to solve a problem that needs to be solved. People mostly protest, which involves telling stories, visiting places that can change the subject, walking in the streets, and holding signs that include messages related to the topic, among other things. Grassroots activism has changed a lot and has new accessible and beneficial tools to have an enormous impact. The Internet has been the most significant way for people to connect and has helped to find people far away from each other that agree on the same issue that needs to be changed.

Social media as a method for grassroots activism:

As we go deeper into the internet, we must acknowledge how social media is a massive part of it. Social media platforms such as Facebook, Instagram, Twitter, and Tik Tok are examples of how the younger generation communicates with one another daily. Social media platforms are free to be used so anyone can access them via the internet, and that has advantages and disadvantages. The benefits are how fast information can be spread, having a large audience for all age groups, and the ability to be accessed anywhere and anytime. The disadvantages are that people can use them to the detriment of activists, such as creating hashtags that shadow the activists use to connect with other activists. Also, as we know, people have different opinions on everything, so as much as something can sound 100% right, there will always be people who will not agree with it, which can impact other users negatively. Some recent grassroots activism examples on social media are Black Lives Matter (BLM) protests, abortion rights protests, and Masha Amini’s protest. These examples have more details down below.

Why is grassroots activism essential?

Grassroots activism can play an essential role in societies and help shape political environments (Dan Jasper, 2022). Grassroots activism has changed but has also shown how people are passionate about a specific topic or an issue. Examples of grassroots activism include the BLM protest, which began in 2013 and has continued until the most recent, in 2020, after the death of George Floyd by a police officer.

The protests first took place in the United States and spread globally, such as in Australia and France. Others who could not attend the demonstrations expressed their support on social media using the hashtag #BlackLivesMatter.I believe this movement has shaped opinions about police officers, especially in the United States, and has helped others to see and understand what other communities go through. People created other hashtags that were frequently used to shut down the movement during the movement, such as #AllLivesMatter.

Another recent example that also took place in the United States is the abortion rights protests, which were after the Supreme Court overturned Roe V Wade. It had a significant impact on women, which led to protests in many states in the United States. However, women in other countries stood with them and protested, as well as on the internet. Many users with a big audience on social media spoke up, such as Billie Eilish, who addressed how angry she was. She also created a song (TV by Billie Eilish) that indicates how sad she is about the court’s decision. An ongoing example of grassroots activism is the protests in Iran after Masha Amini’s death by police officers because she wasn’t covering her entire hair with her scarf. The protests started in Iran, and other countries supported them through social media and demonstrations. Social media has been used extensively, with people using the hashtag #MashaAmini to connect. Also another movement that women on social media have been using is cutting their hair, and celebrities have also shown their support, like the model Gigi Hadid and Angelina Jolie. Also, big organizations like UN Women have demonstrated their support for women in Iran: UN Women stands with the women of Iran in their rightful demands to protest injustice without reprisal (UN Women 2022).