The importance of Vocal for Local in the Indian Global Community 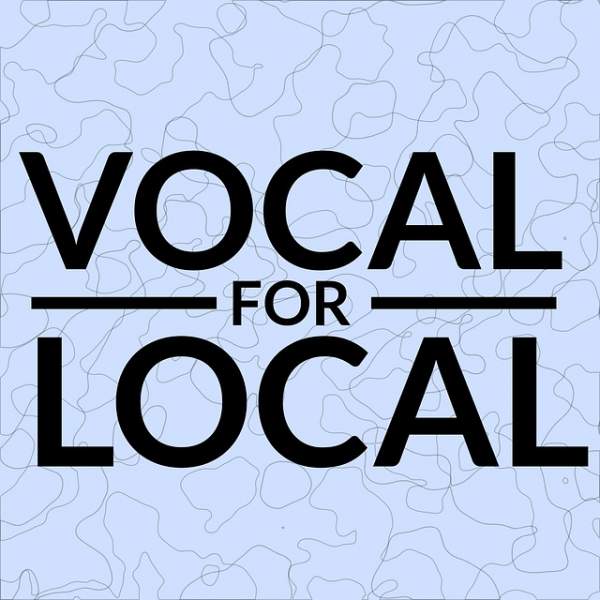 Prime Minister Narendra Modi addressed a nationwide address on May 13, during the coronavirus outbreak and consequent shutdown. Prime Minister Modi delivered a remarkable address amid one of the most difficult periods in recent memory when the entire globe was gasping for air, in which he unveiled an economic stimulus plan of Rs. 20 lakh crore and the vision of an independent India, or "atmanirbhar." He urged that Indians must become ambassadors for their communities.

During the COVID-19 outbreak, the latest motto was Vocal for Local. However, this movement's premise is not wholly original. The idea of 'Vocal for Local' derives from the 1905 Swadeshi movement in India. It encouraged the emergence of Indian nationalism as an economic approach. To develop a domestic major industry, we consciously adopted a socialist growth pattern from 1945 to the 1960s. Conversely, it inhibited competitiveness and promoted protectionism. India's economy liberalized in the 1990s. Then followed FDI, massive corporate investments, and joint ventures. India's competitiveness rose. Indian IT, ITES, and BPO enterprises have become key worldwide players due to their global market success. Some industry verticals were struck heavily, while new manufacturing hotspots arose in South Korea, China, and Taiwan.

The coronavirus epidemic means we must secure our product demand. The worldwide movement of commodities and services slowed as nations tightened their borders and stockpiles. Many countries were trying to satisfy fundamental standards while simultaneously exploring import replacements. This faultless system had vulnerabilities, but only a pandemic revealed them.

We now know that focusing on few critical commodities will boost our ability to produce those commodities many times over. Global supply networks have evolved as a result of labor division. Officials desire an autonomous India, or "aatmanirbhar," and want things created in India, as well as local supply networks. If countries around the world suddenly imposed protectionist laws, Indian startups in a range of industries, such as Zomato, Ola, Oyo, and Paytm, would suffer tremendously.

The modern world economy is a network of tightly entwine value chains where price and quality are the two holy grails that define market competitiveness. A value chain is obviously at work to develop a globally competitive goods or service. Competition buys enterprises that are unable to adopt multi-location production processes. Range Rover and Jaguar were both acquired by Tata Motors established example.

The term "local" underlines the importance of both small and major Kirana enterprises. The local movement may be considered as an effort to reestablish demand and, consequently, offer some type of lifeline to the smaller home enterprises fighting to survive this epidemic. Nowadays, self-sufficiency is unique due to the specialties and competitive pricing. Indian FMCG enterprises, notably those in the food industry, have been following Prime Minister Narendra Modi's "vocal for local" or localization aim.

A substantial and high-quality textile industry exists in India. However, Bangladesh and Vietnam have such low prices that corporations from all over the world acquire their garments from these nations. Indian textiles are sold to neighboring nations for garment fabrication. These goods will finally be supplied worldwide. Global brands use-value synergies like these to stay competitive.

While India's ambition of becoming a viable manufacturing powerhouse in comparison to China is praiseworthy, price competitiveness must be achieved and maintained. Investing both domestically and globally requires it. Indian industries like IT and ITES, BPOs, and other firms that employ educated youth have created strong strengths over the preceding three decades. These enterprises offer foreign cash and jobs to millions of people. This would have benefitted millions of people and firms. A more direct approach to several of these industries would have benefited "Vocal for Local."

Some Indian businesses might have benefited from "Vocal for Local," but not all of them. It's a noble idea, but the global scene has changed tremendously in recent years because of "Vocal for Local." Products that compete on a worldwide scale require global resources as well as global synergy. Without a doubt, globalization is beneficial. The promotion of globalization is essential. Specialization in a wide range of products and industrial processes is based on the same idea. A person's ability to meet his or her most basic needs is crucial. In the event that the principal provider goes out of business, having a backup plan is crucial.

Deregulation has spawned numerous new private equity and venture capital firms both in the United States and abroad. In the last decade, India's startup environment has risen rapidly. Paytm, OYO, and Ola Cabs' expansion has been aided by easy access to investors and finance. China's phones and other goods are on fire in protest of the global economic crisis. The Indian government has backed this endeavor with a price cap and a new 5G tender plan. Despite its success, FMCG still has room for improvement. When domestic brands like Yoga Bar entered the market, international companies lost their dominance. It would have been beneficial if these industries had received more direct assistance.

India's fruit and exotic vegetable export prospects are promising. Despite the industry's success in introducing new fruits to the market, such as kiwis and strawberries, older fruits such as apples, pears, walnuts and almonds are facing difficulties today. In order to be self-sufficient, companies must be built that can generate a strong value chain through branding, packaging, pricing, and distribution methods. Direct aid may have helped certain sectors grow and become more competitive.

MSMEs make up a significant part of the Indian manufacturing industry. Most notably, their importance can be seen in the automobile and auto parts industries, as well as in the supply chain and a range of other fields. Direct monetary relief for small and medium-sized businesses (SMEs) should have been given. The weakest link in the supply chain can result in the cessation of supplies for large markets. Starting with the weakest link in the chain makes sense and is ethical.

To some extent, Vocal for Local will help to protect the sector. That can't be right, can it? There are many Indian companies that would suffer if countries around the world suddenly enacted protectionist policies. These include Zomato, Ola, Oyo, and Paytm. Indian pharma is the frontrunner in the race to supply the rest of the globe with the coronavirus vaccine. With no doubt, India is going through a tough time right now, along with the rest of the world. The country's future is secured by a large pool of highly qualified workers, large demand centers, and the tenacity of its businesses and citizens.