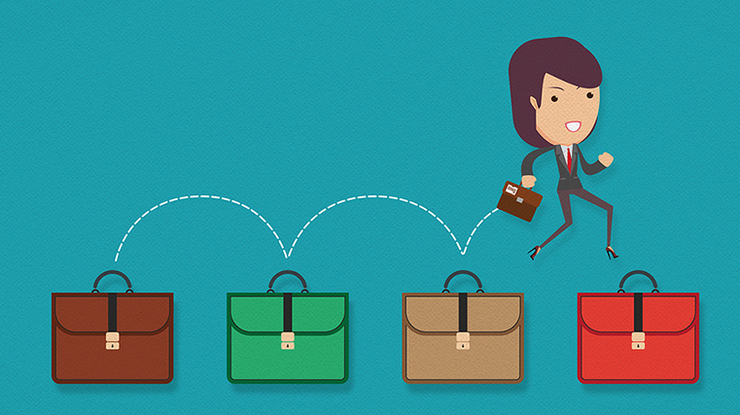 Job-hopping is the practice of often changing or switching employment from one company to another to find the ideal job that meets specific requirements.

A job-hopper is a person who jumps from one occupation to another. This attitude is common, especially among the Millennial generation, which is impacted by several variables.

This phenomenon has become more relevant in the past years, and several reasons are at the bottom of that. Just to cite some: the uncertainty of today’s job places, the low salaries, the dissatisfaction of young people, the precarious situation post-pandemic, and so on.

As a study conducted by a few students at the Malang University, it showed (Job-Hopping and the Determinant Factors), that the Millennial generations, also known as the Y generation, have a terrible image for being job-hoppers while having favorable attributes such as a high level of confidence, resilience, independence, and social activity.

The millennial generation is also considered to be a one-of-a-kind generation with a flexible work style.

Why This Phenomenon Is So Popular

The job-hopping phenomenon and the consequent choice of leaving a workplace are barely based on salary: money is not the reason! Job-hopping is mainly influenced by internal variables. This includes poor employee-managerial interactions, family issues, unsuitable business cultures, age (the younger the employee, the more ready they are to leave the company), and a lack of balance between their personal and professional lives.

But how does this phenomenon affect a recruiter’s perception of a candidate?

Employers initially prefer to look for someone who can commit for a longer period of time, because the procedure of hiring someone new on a regular basis is incredibly time intensive. Companies invest a significant amount of time and money in training new employees, intending to keep them for longer periods than it took to bring them into the company's life in the first place.

Anyway, hopping from one job to another has negative and positive sides. For instance, it surely states a person’s flexibility and high adaptability, and quick learning skills as well. On the other hand, it is not well-seen by everyone, as it shows a lack of stability and uncertainty, and employers are mostly looking for someone to rely on.

Pros And Cons Of Job-Hopping

The phenomenon has many advantages but many disadvantages as well. Among the pros, there is a high chance of development, indeed, changing teams and companies can introduce you to a new mindset and new resources; moreover, other advantages are certainly gaining many experiences in different fields and from different backgrounds, and building a strong network.

However, as previously said, continuously changing employment may result in controversies, compromised integrity, and a lack of stability.

Certainly, young people (and not limited to them) do look for a challenging environment in a workplace, along with healthy competitiveness and rewards.

7th pay gives the experience of the cloud nine