The Phoenix Rise of Starbucks from its Ashes 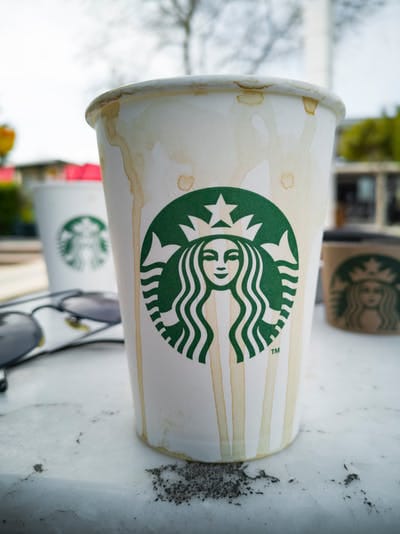 The concept of third place

The differentiating trait of Starbucks from other coffee brands was not just its high-quality coffee but its stellar customer experience. The makers selected a specific supplier network for Arabica beans from Ethiopia, Sumatra, Kenya, and Costa Rica as these beans could withstand high roasting temperatures, thus giving a richer flavor. The Seattle based coffee company thus aimed to give Americans a taste of the European coffee style, particularly in Italy. Howard Schultz, an employee of the company who later brought Starbucks, wanted it to be a "Third Place" for people. He observed that in Italy people did not go to the coffee shop just to gobble up a cup of coffee but for a period of refreshment, to make new friends and find a peaceful place, rather than the chaos of home and work. So Starbucks was supposed to be that third place for customers, and Schultz achieved his aim. At its first peak period, the baristas of Starbucks were not only familiar with the names of their regular customers but were also aware of their palate choices and allergies. They used to entertain people by making different froth patterns on their coffee, and it was common for people to invite their favourite barista for their weddings and other functions. This sense of belonging made customers more loyal and was called "The Starbucks Experience". This culture later extended to Japan, China and Dubai. Schultz stepped down from the CEO's position in 2000 when things started going downhill.

On paper, Starbucks showed an incredible growth rate in the early two thousand, with six new stores opening every day in 2007. But the new board of Starbucks was so obsessed with financial growth that they dug their own grave with some critical mistakes. They replaced the semi-automatic coffee Machines with fully automatic ones to reduce the time per coffee, but this had a counter effect on the buyers.

People did not come to Starbucks for a quick cup of coffee but the currently missing experience. They built new branches in new places but did not create a quality supply chain, so the richness, which was a characteristic of Starbucks, was also lost at the new stores. They also cut corners in the training of the baristas. After a while, they could no longer be counted. Soon sales began dipping and people preferred to have their coffee at regular fast food joints such as McDonald's and Dunkin Donuts.

At this juncture in 2008 seeing the miserable situation of his brainchild, Schultz took over again as the CEO. It took the company three years to rise from 1% to a 9% growth rate. He closed more than 600 underperforming stores and replaced all the fully automated machines with semi-automatic ones for which people knew Starbucks. He stressed employee training from scratch, which was avoided during expansion. The whole country was shocked when Starbucks closed its 7100 stores for 3 hours during the time of recession when all businesses were struggling for more customers for employee training.

He suggested dynamic actions, such as sending Starbucks employees to New Orleans to help those affected by floods and hurricanes. Barely a month after the 2008 stock market crash, 10000 Starbucks employees worked for free, repainting houses, remaking parks and repairing damaged stuff. Starbucks spent 30 million dollars on this project and gave a loud message to the world that they stand for humanity. The company constantly introduces such measures as the inclusion of sign language, the introduction of reusable cups and measures for fewer carbon emissions. These activities build trust in the mind of people. "We are not in the coffee business serving people; we are in the people business serving coffee." says Schultz during an interview.

Starbucks is the biggest bank?

Starbucks also took the initiative of MyStarbucksidea.com, where people were asked to suggest changes in the company. They received 7000 ideas in just 24 hours and Starbucks incorporated the most popular 25 ideas like free coffee on birthdays, free in-store Wi-Fi, in-store music changes, etc. The best suggestion was the registration of a Starbucks card for loyalty rewards. So regular customers could save money in their Starbucks wallet and use it to buy from Starbucks from their nearest store whenever they like. Soon Starbucks had millions of dollars as zero interest revenue lying in its account. This also led to economists dubbing Starbucks the most successful bank. This was the main idea that skyrocketed the profits of Starbucks and gave it the identity which it has today.

The business model of Starbucks teaches three main points; first financial growth must be a factor with never the sole yardstick of calculating growth. Secondly, the main characteristic of the organization not change as such that it becomes unrecognizable and finally that dynamic action is required to make a memorable brand.