The Return Of The Early 2000s Fashion: Eating Disorders And Body Trends 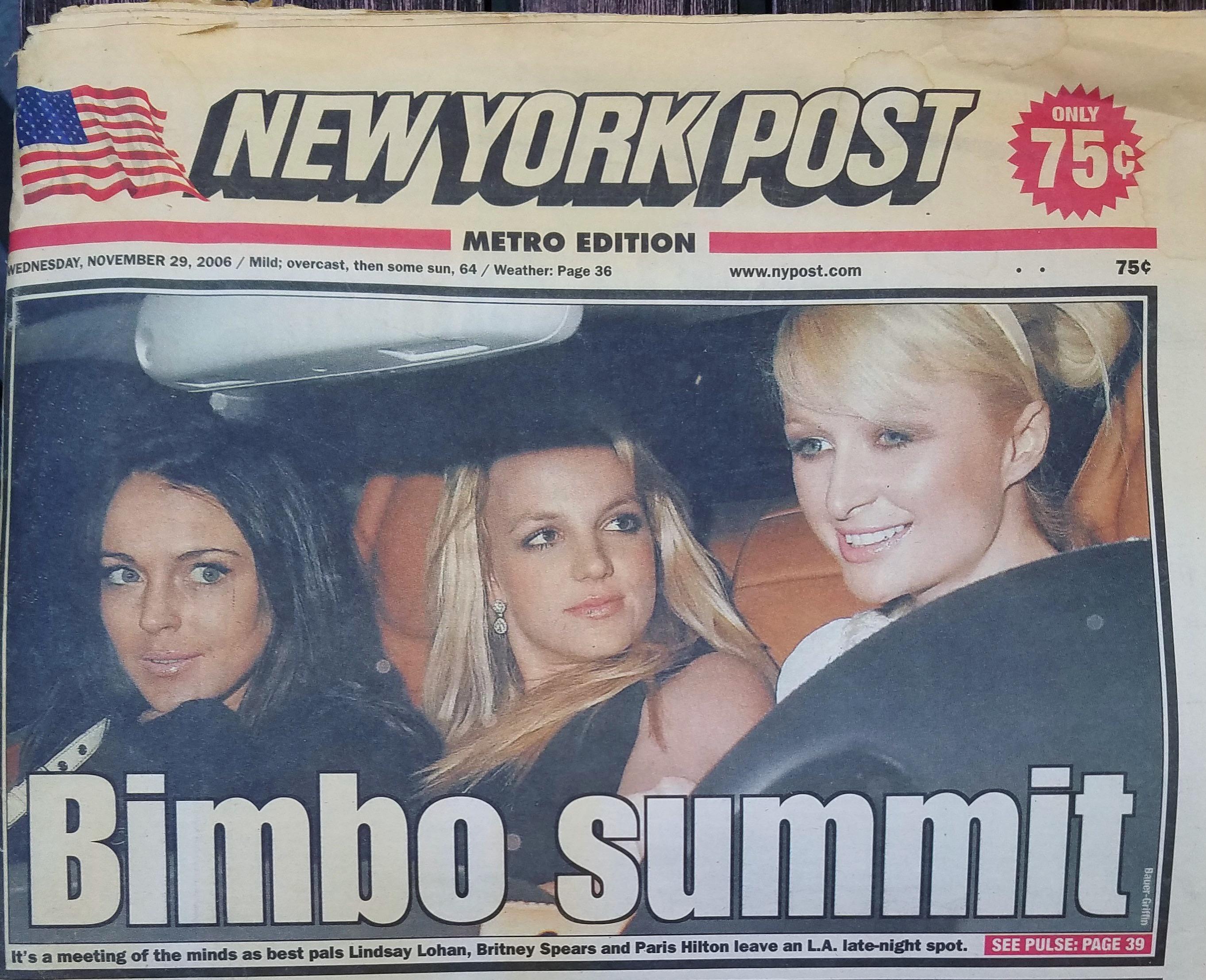 It is well known that trends move in cycles. Indeed, the most common trend predictor is the twenty-year rule: looking back twenty years can show us today’s fashion inspiration. But nowadays, as Forbes Magazine declares, the fast fashion industry has accelerated the pace of trend cycles. Consumers' interest is lost far more quickly, and styles change faster.

Nevertheless, the 20-year rule is still applicable to at least some extent, as the surge of Y2K fashion in the 2020s proves. Yes, low-rise jeans, baby tees, micro mini skirts, and all-denim looks are back in style, as they were in the early 2000s. The Bimbo Summit trifecta - young Britney Spears, Paris Hilton, and Lindsay Lohan - are fashion icons again, providing outfit inspiration just like they did back in the day. But how does this impact the perception of our bodies?

Well, as with fashion trends, it seems that (mainly female) body types also follow cycle trends. It can be seen all throughout history. Whilst in the 19th century a plumper figure was desirable, in the early 1920s flapper era, the trend for women’s bodies was a more boyish figure. In Marilyn Monroe’s 1950s, the hourglass figure with wide hips and a full chest came into fashion, and in the 90s’, the heroin chic model was the beauty standard.

Only in the 2010s did curves come back into style, with the Kardashian’s surgically enhanced, ‘BBL’ bodies becoming the desirable body type. However, as the trend cycle changes again and we return to elements of 90s and early 2000s culture, it is expected that the extremely thin body standard will make its comeback. It can even be said that it already has.

There is unlikely to be an explicit declaration of the return of heroin chic, but its influence cannot be denied. In fact, it was reported that in 2020, for the first time since the beginning of the new century, cigarette sales - and therefore smoking - had increased. At the same time, throughout social media BBLs were being declared ‘out of fashion’, and some even started noticing a remarkable change in the Kardashian sisters' bodies, as they lost significant weight and allegedly removed their BBLs.

The increasing popularity of Y2K fashion only makes these trends clearer, as low-rise and cut-outs seem to favour a specific body type. Moreover, the entertainment industry appears to keep up with the change in culture, with shows like Euphoria depicting heavy drug and alcohol use among teenagers, something that strikingly recalls the 90s and early 00s social scene.

Indeed, both the heroin chic era of the 90s and the fashion trends during the 2000s were infatuated by thinness. The term heroin chic appeared in the fashion scene during the 80s, as a metaphorical and literal reference to the prominence of heroin use in the modelling industry at the time. The style became predominantly favoured by many designers throughout the early 90s, depicting the thin, pale, eye-bagged, and quasi-emaciated look of someone who regularly consumed heroin.

However, the style left the mainstream world around 1997, as the dangers of heroin usage and overdose - highlighted by the many deaths of models who made use of the drug - were once again underlined. The culture of the 2000s left the heroin and drug abuse scene and shifted to an obsessive fixation with dieting and “clean” eating.

In fact, particularly during the early 2000s, fashion trends were engrained in diet culture and encouraged weight loss. Magazines often displayed images of celebrities' weight fluctuations, both condemning weight gain (even if it was natural, age-progressive weight gain) and extreme weight loss. There was a general infatuation with thinness and constant discussion of weight, and magazines for both adolescents and adults had sections with exercises and diet tips to follow.

As today’s fashion scene moves back towards this era, there is a risk of the resurgence of this diet-obsessed adoration. Eating disorders were fairly common, including among celebrities, during the 2000s, and a renewed glorification of this era in mainstream media could certainly contribute to the rise of eating disorders and body issues among the public all over again.

Indeed, eating disorder hospitals and clinics have recently reported an increase in people seeking help. Moreover, The London Centre for Eating Disorders and Body Image has outlined that it is now generally accepted that traditional media in general, and social media in particular, can participate and feed into poor mental health and (the promotion of) disordered eating.

With the shift in trends, there has also been a shift in pop culture with a renewed promotion of thinness on social media and less variety of body representation. The current clothing style seems to favour a particular type of body which doesn’t actually represent the majority of the population. Social media depicts mostly thin models with bodies naturally achievable to only a small number of people, and with the Covid-19 lockdowns, there has been a resurge in “clean eating” and exercise culture.

It thus appears to be that, effectively, curvy is out and stick-thin is in one again. The implications that the glorification of 90s and 2000s fashion and body trends can have in today's society are potentially very dangerous.

Pop culture and social media expose teens and young adults to the pressure of societal expectations which promote a certain look and body type that is, in most parts, not achievable for the general population. Minor drinking has become almost normalized in the Western world and smoking - an appetite suppressant - is becoming increasingly accepted once more.

The fear is that the return of the 2000s style could lead to an increase in the development of eating disorders among young people, and a consequently return to the use of drugs and alcohol as a means to maintain a certain physique, as drug abuse and alcoholism are intrinsically correlated with disordered eating.

Until society stops viewing body types as trends, this toxic cycle of bodies in and bodies out will continue. It is time to move away from the idea that only a particular look can be beautiful, and stop putting so much value on weight and thinness. Every individual has worth aside from their body.