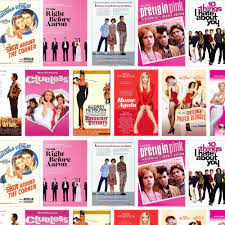 The romantic comedy genre can be traced back to William Shakespeare and his plays such as The Merchant of Venice, where examples of theatrical comedy surround the main plot. Movies such as She’s the Man, 10 Things I Hate About You, and Clueless are all adaptations of some of Shakespeare’s most famous plays. Furthermore, despite the genre having important moments throughout history, such as its initial revival in 1920s silent films and the introduction of sexual themes between the 1950s and 70s, romantic comedy had never seen success as prolific as it experienced between the 1990s and the early 2010s.

According to Statista.com, 1999 holds the highest revenue from rom-com films between 1995 and 2021with, with a whopping total of 756 million dollars at the box office. Romantic Comedy classics such as She’s All That, 10 Things I Hate About You, Never Been Kissed, and Notting Hill came out that year, making it the most successful year for Romantic comedies during the 1990s. This success continued into the early 2000s bringing cult classics to the screen and fully establishing the romantic comedy genre as the staple it is today.

The early 2000s used the momentum granted by the 1990s to their advantage and continued to produce the romantic comedies that we know and love today, such as The Sweetest Thing (2002), Bride Wars (2009), and Win a Date With Tad Hamilton! (2004). This decade saw a slight shift in some of the films that comprised it; for example, the inclusion of the mindblowing fact that there are couples who do not end up together.

A prime example of this is the film 500 Days of Summer (2009), where the male protagonist Tom, falls for his new co-worker, Summer, but she doesn’t believe in love, which makes Tom sad. Movies like this break the stereotypical tropes of a romantic comedy and show the audience that sometimes relationships don’t always work out, bringing a hint of realism to the genre. But not even including new tropes could save the rom-com genre because even those became overdone.

The success of this genre brought eventually led to a market saturation where essentially, the same film was being made repeatedly with a slightly different cast. The repetition of tropes such as the bad boy and the good girl or the fake dating to go to some form of a particular event because the female lead needs to save herself from embarrassment can only happen so many times before it becomes unbearably predictable. Other film genres were expanding and progressing with the help of technical innovations. Still, rom-coms focused on being an imitation of real life and, therefore, had little use for these technological advances.

There were some successes at the box office, like Easy A (2010), despite the genre already displaying signs of decay, but the vast majority did not reach the standard set by the early 2000s. Compared to the consistent revenue provided during the early 2000s, the 2010s did not exceed 500 million dollars in revenue any year, according to statista.com. Numbers don’t lie, and in this case, they clearly illustrate the fact that rom-coms are not what they used to be. Considering films can be stored in the form of DVDs, you can now watch them on demand on multiple different platforms. The future generations don’t need new movies from this genre because everything has more or less already been done. However, that won’t stop streaming services from trying to revive the genre to profit from it.

The 2010s saw the rise of book-to-film adaptations such as The Fault in Our Stars (2014) and Paper Towns (2015), which received mixed reviews. To All The Boys I’ve Loved Before (2018) is a literary adaptation that received significant success when it first came out. It currently has a 96% on Rotten Tomatoes, but its subsequent sequels, To All The Boys: P.S I Still Love You and To All The Boys: Always and Forever, received 76% and 79%, respectively. Although not low scores for Rotten Tomatoes standards, they cannot compare to the success of the first film showing the gradual disinterest in the franchise. It became common for books to be adapted into movies, especially romance novels, which then developed into remaking old rom-coms and giving them a modern flare.

Unlike the roaring 20s we discussed at the beginning of this article, the 2020s we are currently living through have seen the worst numerals in rom-com history. Looking solely at 2020 and 2021, the revenue acquired for these two years combined barely reaches the 10-million-dollar mark. Despite 10 million dollars seeming to be an elevated amount of money, in the film industry, the revenue is essential to cover the film's costs.

Using the She’s All That 2021 spin-off, He’s All That, starring Addison Rae and Tanner Buchanan, as an example; The film had a budget of 20 million dollars, which means that even if it had been the only romantic comedy of 2021, the money made at the box office would not cover the production cost of the film even if the revenue from 2020 and 2021 were combined. The numbers of recent years can not compete with the ones from earlier decades.

Ultimately, despite the reboots and adaptations, romantic comedies have suffered a significant blow and are not regarded in the same way as before. Their popularity lasted a couple of decades and gave us a plethora of cinematic gems, but alas, this beloved genre has hit a stalemate due to overproduction. This does not mean that romantic comedies will not remain beloved or that people will not watch them anymore, but we do have to accept that the genre has reached a stalemate regarding creativity.

Embrace What You’re Given, Not What You Want — A Review of Puss in Boots: The Last Wish