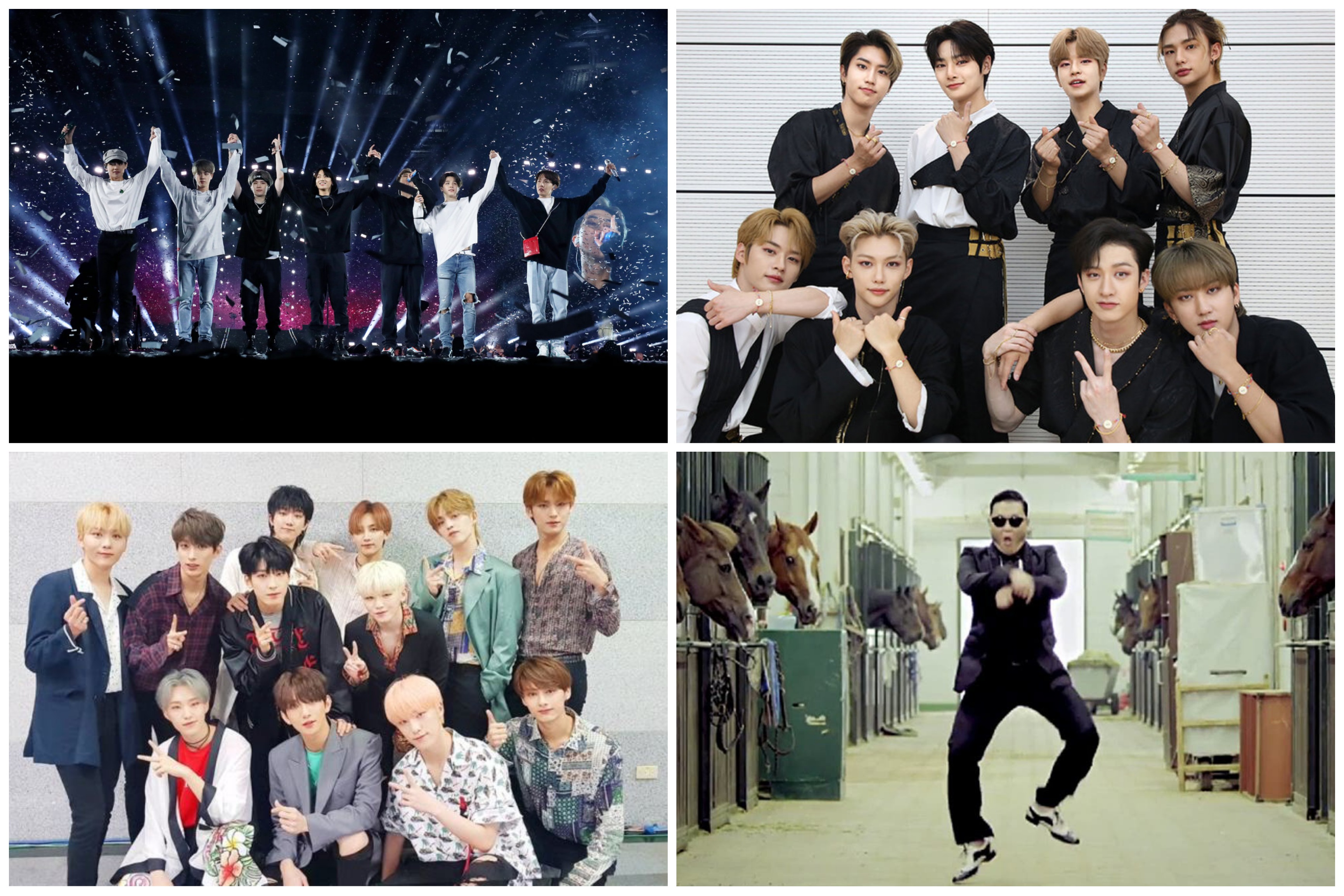 In our modern generation, almost everyone knows what K-pop is. K-pop stands for Korean pop, and pop is short for pop music. The name for the genre was first recorded in English around 1990–95. Strongly influenced by Western popular music, K-pop is something that the whole world is seeking at the moment. In 2013 a K-pop song, titled 'Gangnam Style’ was released and its music video went viral. It has influenced popular culture worldwide. The song, “Gangnam Style”, dominated the charts and peaked at number two on Billboard Hot 100 in the United States. At that time most people were not aware of K-pop.

You might believe you know what K-pop is because you've heard or seen videos of the popular K-pop group BTS on YouTube, but K-pop is much more. Yes, their efforts in the K-pop industry resulted in significant changes. Many adolescent and adult fans were drawn to their song and dance and became K-pop fans after following them.

The most interesting fact about K-pop is that they use lots of effort. They do so well with creative costume colors in music videos. Rather than using a green screen, they prefer to use more realistic props. Therefore, it should come as no surprise that Asian pop culture in general, including music videos, is often heavily refined and well thought out. The use of effects, make-up, outfits, and everything around it is always aligned in service to a greater theme and vision. They spend lots of time, effort, and millions of dollars to make a perfect video. They also teach the idol how to act while looking at the camera. Their behavior experiences everything. K-pop is also known for its greatest scans of fashion. These Idols use very new and fashionable clothes, which attract the youth.  That's why K-pop is more attractive than any other popular culture.

K-pop refers to a group of female or male singers who are idolized by their followers. The pictures that K-pop projects to its fans are flawless. Not only the kids who are affected but some adults will also be swayed because K-pop is an art form to them. Furthermore, each group's fans are referred to by a different name. They've been taught how to deal with celebrities and fans their entire lives. K-pop artists are well-known for their dedication; they can sing, rap, and even dance.

Even though K-pop is rolling all over the world and especially the success of BTS makes it higher, they have very strict rules to follow to be an idol. Idols have to sell a certain image of being available and constantly dedicate themselves to their fans. They have no privacy. Compared to other music industries the importance of fans and fan service is a lot higher in the K-pop industry. To maintain that image of being an "accessible" person, companies ban K-Pop idols from dating so that young people can fantasize about idols. It makes youth additional towards a group. It gives them hope to marry their idol or have an idol for themselves.

K-pop has a different and unique style from other music industries. They not only provide music but also tell a story through their music. They use entertainment and fun to make it more interesting for audiences. As I have mentioned earlier, they have their name for their stans with whom they interact through apps like weavers, V app, etc. This makes their fans more connected with their idols.

The way the K-pop industry has a very bright side, they also have a darker side. K-pop is known not only for dancing and singing. Lots of people also fall for their beauty. Korean culture is known for the use of beauty products. Through the use of makeup, they make the singer attractive and eye appealing. That is another reason why some K-pop fans are very obsessed with their idol. To be noticed by their idols, they sometimes try to follow them and do something, which makes an idol uncomfortable. Even though idols cannot do anything about it because of the image of perfection, they need to maintain the expectation of their fans they need to fulfill.

An Idol is mostly young. That's why a lot of teenagers can relate to them. At the age of 16/17, we always dreamed of becoming someone or being with someone. It was a phase where we struggled with our inner self and our emotions. It becomes easy when we can relate to someone who is of the same age as us. K-pop gives really good and comfortable music. Their music gives hope and support and when you get love and support from someone as a teenager, you become attached to them.

If you know about Korean culture, you might know that Korea is known as the plastic surgery capital of the world. They are crazy about how they look. They have strict rules about beauty standards. Even for a normal job, if you are not good enough in their eyes you can't apply for a job. That's another reason why good-looking people choose to be an idol so that they can catch the eyes of the audience. Because people have a higher expectation from their idol and it pressurizes them to be perfect, it has even led to an idol committing suicide.

K-pop fans dedicate themselves to their stan. So among most people who are crazy about K-pop, there are even teenagers who are ready to give their lives to an idol. In 2016 there surfaced a rumor about Jungkook dating. Because of that some of their toxic fans made it a hashtag #cuttkooki became a Twitter and also made cuts to their skin to show how much they loved their idol. Some often get easily triggered by words against K-pop or their idol. They cannot digest the fact that people have different tastes and not liking K-pop is okay. Even after a lot of toxicity in K-pop, K-pop still stands tall in the world because they produce a lot to connect with audiences.

Another factor for K-pop's popularity is that it is popular or that a huge number of people enjoy it. As a result, making friends on social media is simple. Furthermore, for those who are alone or going through a difficult moment, K-pop music might help them relax or not feel so alone. Depression is also addressed in K-pop songs. For instance, Seventeen's "Trauma Song'', ''Stray Kids'', "Mirror'', BTS' "Tomorrow," and so on. As a result, we can't claim that appreciating K-pop is a terrible thing, but we can't imagine some things. And, like any other fixation, K-pop mania has the potential to become frightening, causing the young generation to become poisonous.