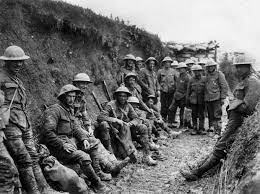 William Kaiser II, the Father,William Kaiser II was the result of Germany's growing military nationalism. In the notion of Germany being the finest, he was Adolf Hitler's forerunner. Bismarck had been administering Germany's international affairs as chancellor with odd policies, but when William II ascended the throne, he declared Bismarck's office titular and started on a radical policy shift. As a result of his policies, he was titled the "Father of World War I." Taylor puts it like this, "He grew up in the shadow of Germany's ever-expanding, seemingly infinite power. His personality amplified the impact of his surroundings. He believed that the Hohenzollern monarchy was strong enough to stand on its own in the world, without the need for checks and balances."

Many causes led to the grand war. Europe had been divided into two hostile camps in 1907 because of the rivalry and tensions among nations.

The most prominent of these reasons were-


Immediate cause and the beginning

Bosnia and Herzegovina had been annexed to Austria, thus creating differences with Serbia. On June 28, 1914, Archduke Francis Ferdinand, nephew of the emperor of Austria and heir to the throne was assassinated along with his wife in Sarajevo (the capital of Bosnia). The murders were of Serbian Race though they lived in Bosnia and so Austria held Serbia responsible. Germany promised support to Austria in whatever action she took.

The war on all visible fronts-

Belgians protected their fort for three days before surrendering and Brussels was captured. The Anglo-French Army tried to help but was defeated by Germany. Then in the battle of Marne, the French Army fought valiantly with the support of the British Troops and defeated Germany. This was followed by the Battle of Neuve Chapelle, the results of this battle between the Anglo-French army and Germany were indecisive and disappointing for both sides. The German Army for the first time used poisonous gases against the allied powers in the battle of Ypres but the result was still indecisive. The last battle in the Western front was the battle of Somme in which Germany played defensive. She would have won the war had the American army not saved the allied powers in the nick of time. Germany finally lost on this side.

Russia decided to invade Eastern Prussia. Since the German army was not ready, Russia gained several victories. Germany sent some troops to Prussia which caused her defeat at Marne. Russia later lost the battle of Tannenberg from Germany and parted not only from the newly conquered land but a part of its territory. Russia then invaded Austria and captured Galicia. The German army not only fought in Austria but also launched an attack on Poland. Russia fared terribly in this campaign and Germany established over Warsaw, Russia did not take part in the war again.

Turkey had entered the war to support Germany and she blocked the island of Dardanelles, starving Russia of contact with the allied powers. The Anglo-French squadron bombarded Dardanelles but it was a wasted effort since they lost the battle. Germany wanted to conquer Egypt and India through Constantinople. The allied powers also wanted Constantinople to send war supplies to Russia. The allied armies repeatedly attacked but never succeeded and while keeping them off, Germany could not move further. Bulgaria entered the war in favor of Central powers and she had a rivalry with Serbia as she lost Macedonia to her in the Second Balkan War. The central powers with Bulgaria attacked Serbia and conquered it within two months. Romania joined the war to support the allied powers to liberate Romanians living in Transylvania under the Austria-Hungary rule. Germany along with Turkey and Austria invaded Romania capturing its capital Bucharest and its resources.

Britain used her Supreme Navy to control and check the activities of Germany. England won at Heligoland and Falkland while Germany won only at Chile. England supported the allied powers completely and in the battle of Jutland, the British drove the enemy fleet back to Heligoland by losing more men. So the real victor was England and when Italy entered the war by signing the Triple Entente for the allied powers in exchange for Trentino and Trieste region under Austria. After several defeats, Italy along with England and France attacked Austria and successfully obtained these provinces in 1917.

The end of war and Germany

Allied powers captured Palestine thus cutting off Baghdad and isolating Turkey. Germany was alienated and the Berlin Baghdad dream was shattered. Bulgaria surrendered unconditionally in September 1918 having spent all its resources. Austria did the same in the first week of November 1918 followed by Turkey. Germany was the only country against the allied powers Kaiser William II appealed to US President Wilson to bring a Peace Conference meanwhile a revolution broke out in Germany demanding the Emperor's abdication on 9th November 1918. William II was dethroned and Germany signed an armistice two days later accepting that "The War Was Over". Peace was restored in the world for the next 20 years until another German like William II entered world politics.

Decoding the Fuhrer's mind and politics before the War