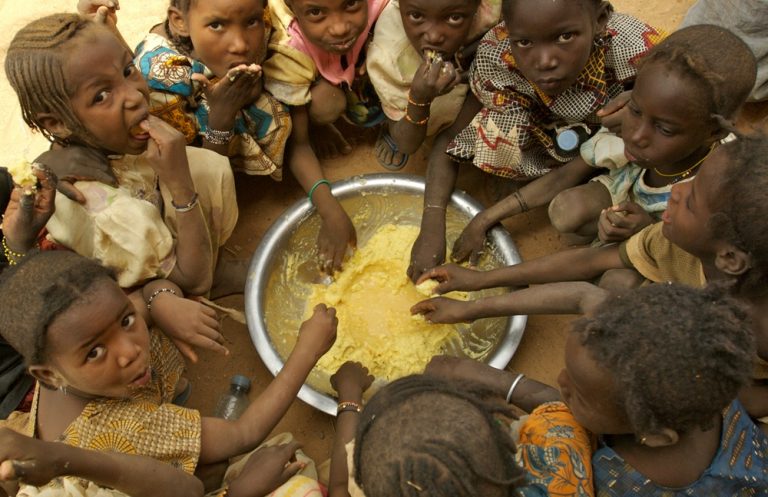 If you're well-off enough to eat even one meal a day, consider yourself very lucky. You're also fortunate if you can control what you eat, when you eat, and what you consume. However, you must be aware that not everyone is as lucky as you and that this is a serious issue that has to be addressed. Most individuals who have enough food to eat to be healthy are also wasting an insane amount of it.

One of the most important and first myths in this book is that there are too many people and not enough food in the world. However, Frances Moore Lappe and Joseph Collins prove that there is enough food being made for people in the world. The book linked the United Nations Food and Agriculture Organisation (FAO), which helped with proving that there are 800 million hungry people. The UN FAO measures hunger by measuring calories. In 2013 FAO created the Suite of Food Security Indicators which shows and helps us understand which countries are hungry and how FAO helps to prevent world hunger. We have been encouraged to believe that we cannot make any changes in the world. The one thing we can do is stop wasting food by measuring and not buying unnecessary food. However, the biggest power holders are the governments of every country. Governments control so much in our lives, but do not always prevent issues. Governments do so much for their nation, but also benefit from other countries, and more developed countries should support less developed ones.

According to Care Elite from 2020-2021, 11% of the world is hungry and about two billion people are malnourished. Another significant fact from Care Elite is around 1.3 billion tons of food are lost or wasted every year. One country that suffers from hunger is India, and by measurement of calories, 1 in 7 suffer from iron deficiency. Also, half of all women in India suffer from iron deficiency, “with potentially deadly consequences.” Germany is one of the countries that waste and each person can have 3,500 kcal per day and 1800 kcal is the normal recommended amount of calories. According to Care Elite, 356 million kg of meat is thrown away every year in Germany. Additionally, the reason why 16 percent of food is wasted is because it does not taste good.

Another place that suffers from hunger is the Central African Republic which has one of the highest rates of hunger in the world according to The Borgen Project. The country struggles with so many issues including chronic hunger, homelessness, and gender inequality. According to The Borgen Project, the Food Security Phase Classification (IPC) report shows 75,000 people in the Central African Republic are in food insecurity emergency (a level below famine)

The World Food Programme (WFP) in the UN is one of the biggest programs that has made real changes. However, one program is unfortunately not enough to feed every hungry mouth. The WFP Executive Director, David Beasley said having 50 million starving people is very dangerous and the numbers could increase in the future.

’’A staggering 50 million people in 45 countries are just one step from famine. There is a real danger these numbers will climb even higher in the months ahead,’’ Beasley said.

Access to healthy food is important, especially for women. According to a UN report in 2021, 31.9% of women in the world were moderately food insecure compared to 27.6% of men. It is more important for women to have healthy food because during pregnancy they need a healthy diet including food that contains iron vitamins.

Why is there world hunger?

There are hungry people because of leaders who have the power to change it but decided not to. One common reason behind governments not helping enough is believing that it is not a big issue. Other reasons are finance, ignoring it because it’s not a direct issue to them, and not enough pressure to address it. Overall, there are hungry people all around the world and we can change that. It is not impossible to change it because there is enough food for everyone, but it’s being thrown away instead of given to someone that needs it. Governments always have a major role in change or development. However, we can do what we are able to by not wasting food and only buying what we need.