Why You May Like Netflix’s Series Wednesday A Little Too Much! 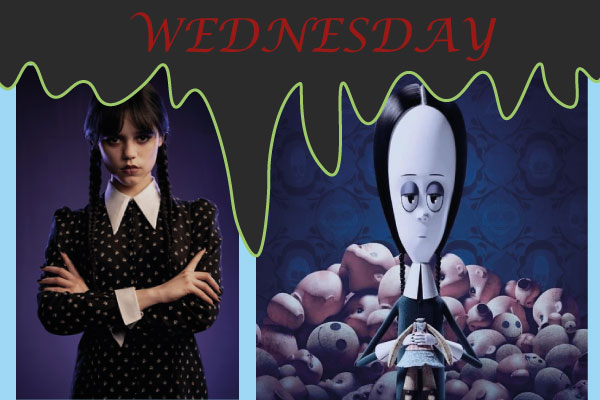 The Guardian Claims that Wednesday has a jaw-dropping billion watch hours. They say this is because it has something for everyone from teenagers to adults. It has a mix of fictional, fantasy, and 80’s music and atmosphere and it inclines towards death and evil things. The show portrays a teenager’s struggles of being outcasted while fitting in a Never Academy, which is a remote boarding school for outcasts. In a straight way, we can tell those features are quite relatable hence the series is one the most popular among its fans. Yet, it’s not just that, there is more to that truth.

Background of the Characters

You may know that the character Wednesday is Wednesday Addams from The Addams Family as the series introduces the weird family with their bizarre features maintained. Talking of the creation of the family, they are a group of fictional characters created by American cartoonist Charles Addams which include primary characters named Gomez, Morticia, Uncle Fester, Lurch, Wednesday, Pugsley, and Grandmama

They originally appeared as a series of single-panel cartoons, in The New Yorker between 1938 and Addam’s death in 1988. Ever since, their appearances have changed and have been adapted into various mediums such as television series, films, video games, and musicals.

The Addams Family is a satirical inversion of an ideal (wealthy and eccentric) American family whose lifestyle represents preferences on horror, death, torture and supernatural elements. They are so engrossed in their personalized world that they are unaware that society thinks of them as frightening and too strange. Though their choices and their interests freaks and trouble people, their intentions are not evil or to harm others. The parents are loving, caring and supportive of their children. They are also hospitable and friendly to their guests.

They seem to have a peculiar taste in their hobbies, interests, habits and ways of dealing with various circumstances. These choices are unfamiliar and scary to others, be it a family vacation, leisure acts, a festive occasion, sports, a dance, or children having fun with each other. Though they have good intensions, their unorthodox methods may lead to uncomfortable and unplanned situations adding surprising elements and dark humor to the show. Hence, the flawed characters and activities draw a set audience to enjoy their extravagant and prominent lifestyle.

The character Wednesday is the daughter in the family, who has a different approach to living as does each member of this family yet what sets Wednesday apart is that she is not only mysterious, dark and grave but subtle in her manners of expression even though she is certain of her opinions. Netflix’s series Wednesday is based on this created persona of Wednesday. She also proudly beholds the Addams’ family values, and traditions and relies on unconventional ideas and centuries-old or inherited tools for any achievements.

According to an article, we may like fictional villain characters when they share similarities with the viewer or reader. Even though we may find the same character traits offensive in the real-world, fiction acts like a cognitive safety net allowing us to identify those traits in ourselves without tainting our image. Researcher Rebecca Krause in an interview discusses that fictional worlds and stories act as a safe haven for comparing ourselves to the villain. She further adds that people are more interested to learn about dark and sinister characters who resemble them positively and even more negatively.

When you’re excited to have characters like Wednesday alive, it tells us who we want to be even for a while. Though we oblige, are polite, are kind, and need to show that good-natured person in our lives, we don’t always want to oblige so much into being mixed with people showing so much goodness, cheerfulness, and joyfulness when we are not. We can tell that we lie in behaving we’re this good-natured to be liked and belonged in a community or a social circle be it with people we know personally or professionally.

As we see those characters doing all we could only imagine, we may be obsessed with them as we try to live those experiences through the characters we lean towards. Characters like Wednesday can tell us that we want to be selfish with our time and efforts and sometimes wish to be an outcast or weird scaring the people so they don’t expect us to put in a box of social behavior.

Even though we are social animals and seek support and belonging, we want to also live without having to follow any basic expected norms of living in a community or group.

We may try hard to fit in and belong in a set of groups yet we don’t want to fit in so much that we have to change our behavior, and attitude and compress or wait for our desires to be realized. We try to look, feel and be beautiful humans with good-natured souls but we also need to let out our inner freaks releasing all desires and emotions. It gives a glimpse of being scornful and wicked to be carefree, with unburdening expectations as a human being, as a family member, or as a part of a group/community.

As we are engaged, vying, and intrigued by Wednesday or characters in Wednesday, we may feel that it's not bad to feel like a freak and maybe shout, sing, howl and scream like the outcasts.

Wednesday is not afraid of not being liked and fitting in with others. This makes her challenge others' views, making her stand out among the characters. She can also be stubborn and powerful when she heads toward what she absolutely wants or needs. She teaches us courage by only being herself despite the objections around her and being brave by playing to her full abilities for achieving her mission.

As much as we want to be human beings with good intentions we also have this freakish side that we suppress. We believe that we are good people after all we need to embrace all sides of being a human being.

It may help us in simply existing, understanding our own moods and behavior, and helping to understand others around us. When we really know ourselves and others better, will it not be easier to live with people around us? I think it will return to benefiting everyone and not just us.

What do love about Netflix’s recent series ‘Wednesday’?  We would love to hear from you in the comments below.