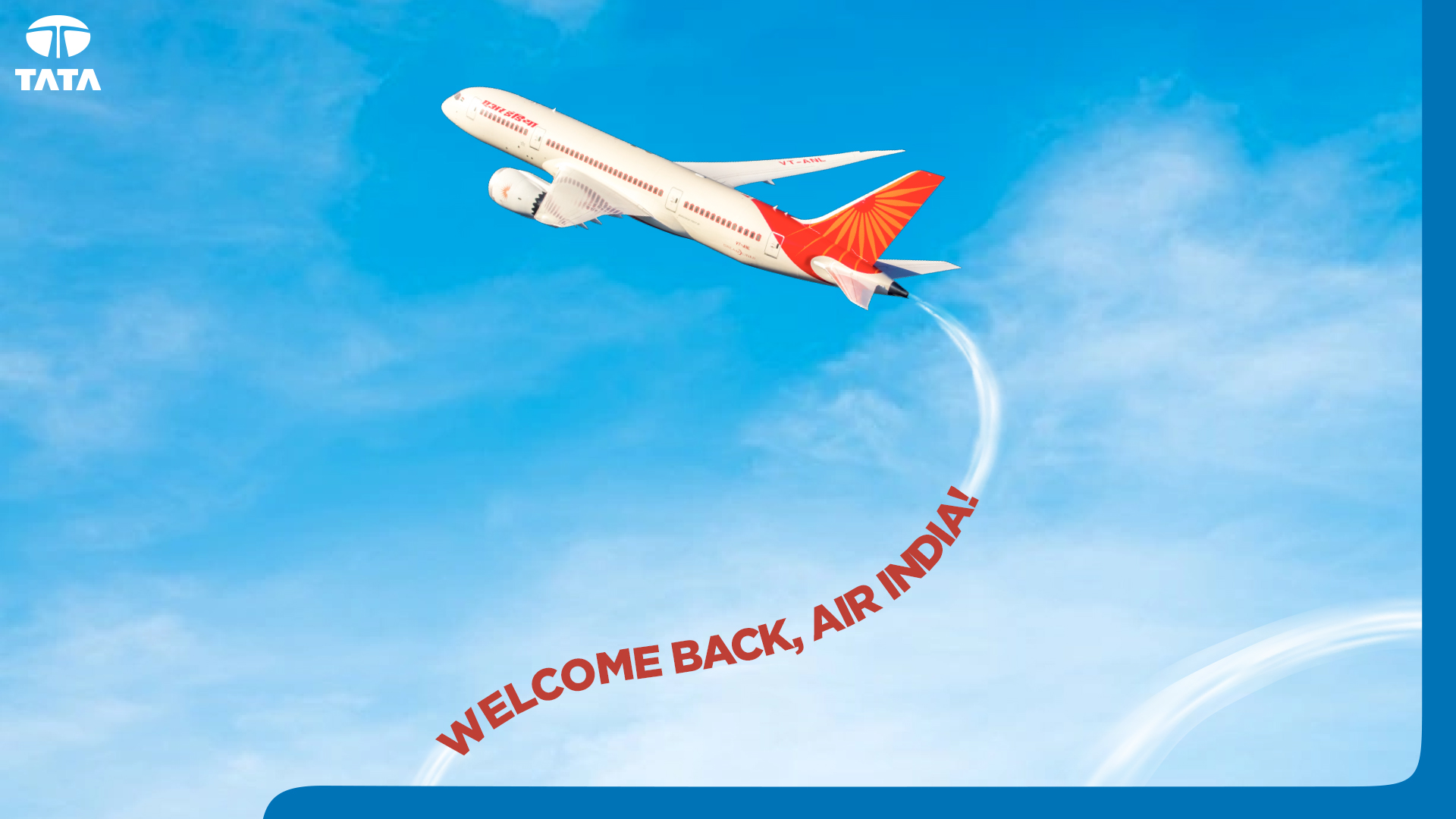 Air India returns to Tata Group on Thursday after 70 years. In October 2021, Tata Group won a bid to acquire Air India for Rs 180 billion in a competitive war with a cash component of Rs 270 billion to the government. Further, the contract gave Tata immediate access to a valuable flight ticket and landing site from Air India on Friday (i.e., 28th January 2022).

So yesterday, Air India made its first flight since officially returning to the Tata Group, and passengers were greeted with a sweet welcome. Before the plane took off, each pilot welcomed passengers with a welcome speech. Their exact words were: “ Dear guests, this is your captain speaking…welcome aboard this historic flight which marks a special event. Today, Air India officially becomes a part of the Tata Group again, after seven decades. We look forward to serving you on this basis every Air India flight with renewed commitment and passion. Welcome to the future of Air India! We hope you enjoy the journey. Thank you”.

As early as 1932, Jahangir Ratanji Dadaboy founded the Tata Group. The Tata Group officially introduced Air India as the first domestic airline. Mail flew between Karachi and Bombay, India, which was dominated by Britain at the time. It was nationalized in the latter half of 1953. But due to some bad decisions and intensifying competition, the airline has fallen. And now returned to the Tata group in 2021 after winning the bid led by Spice Jet Chief Ajay Singh.

Further, Tata son’s Chairman, N Chandrasekaran in a statement said,” We are pleased that Air India has returned to the Tata Group and are working to create a world-class airline. We warmly welcome all Air India employees to our group and look forward to working with them”.

Later that day on Thursday, Air India tweeted, “ a brand new chapter unfolds for Air India as part of the Tata Group. Two iconic names come together to embark on a voyage of excellence. Looking forward to soaring high propelled by our rich legacy and a shared mission to serve our nation. Welcome aboard. @TataCompanies”, it added.

On 11 October 2021, a Letter of Intent (LoI) was sent to the Tata Group confirming that the government was ready to sell 100% of the airline's stake. Following on October 25, the government signed a stock purchase agreement for this transaction.