British Food Fortnight 2022: the national celebration of the food the UK produces 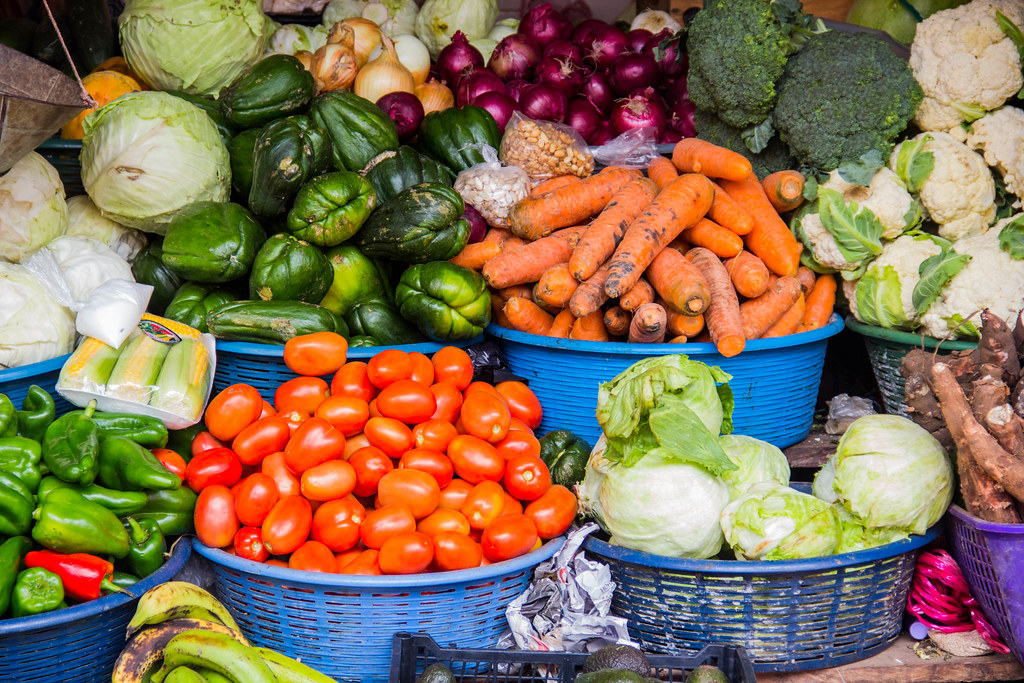 From 20th September to 2nd October 2022, the UK celebrated British Food Fortnight. During this time, the nation celebrated the food that Britain specifically produces. This year’s fortnight marks the 21st year; it was first run in the wake of the foot and mouth crisis that decimated the farming profession. This crisis saw 2,000 cases of the highly infectious disease on farms across the British countryside and resulted in over six million animals being killed in an eventually successful attempt to stop the spread. The founder, Alexia Robinson, wanted to help revive rural communities and convince farmers to continue their work after the devastation. The fortnight was born out of her wish to motivate the public to buy British food during their weekly shops or in restaurants year-round.

The fortnight was chosen to take place at the traditional time of harvest, late September to early October. Since pagan times, communities gathered together in autumn to celebrate the produce of the land, in a festival known as Harvest Festival, which is still celebrated by many communities today. As quoted on their website, ‘Britain has had a national celebration of food for hundreds of years… which in years gone by was as much a part of the national calendar as Christmas and Easter.’ Alexia Robinson wanted to create a modern-day adaptation that everyone could participate in. Since 2001, the British Food Fortnight has become one of the most established food campaigns on the national calendar and has been used to drive sales and consumer awareness in major stores such as Tesco, John Lewis and SPAR. Indeed, Marketing Magazine described it as ‘one of the highest profile awareness weeks’.

British Food Fortnight has gained many famous supporters over the years, including the new prime minister Elizabeth Truss, who said: ‘British Food Fortnight brings us together in celebration of all that is great about our wonderful food and drink – from our gastro pubs and chippies to our Sunday roast and farmers markets’ when she was Secretary of State. Similarly, Jonathan Ross OBE, an English broadcaster, comedian and actor said: ‘Things are looking up here… It’s British Food Fortnight. Every week is British Food Fortnight in my house’. Her Majesty the Queen Consort, who supports the initiative every year, once said: ‘I am delighted that the team behind British Food Fortnight are maintaining it as a prominent part of the nation’s year’. His Majesty Charles III has also often applauded the Fortnight’s achievements.

There are several key activities during the British Food Fortnight, which cover all bases of British culture and lifestyle. Almost every county holds a food festival during the period, including Cardiff, Manchester, Devon, Glasgow and Cornwall. The Fortnight caters to every age group. In schools, special lessons and activities are planned, teaching children about the importance of supporting British suppliers. Special menus are also designed for schools, restaurants, hospitals and care homes to promote the charm of home-grown food. Themed menus are also offered in universities, where Fresher’s Week coincides with the Fortnight. Markets also offer promotions and taster sessions to encourage the public to buy products. Additionally, each year the Love British Food’s Harvest Torch travels the country with a National Harvest Service, in a similar fashion to the Olympic Torch. The 2022 service was due to take place in Peterborough Cathedral but was cancelled due to covid-related staff shortages. The event is also used to highlight the benefits of robust, short supply chains – particularly in the public sector which buys £2.6 billion of food per year.

Finally, the festival culminates in an annual competition, held to find the most imaginative community initiative. Previous winners have included the City of Peterborough, which held a two-day food celebration, involving a huge harvest lunch for 500 people in the cathedral square. Many activities have also had Royal patronage. For example, in the past school children made tea for the Queen Consort in the Dorchester Hotel in London, and Scottish children cooked in Holyrood Palace in Edinburgh. Most famously, ‘Cook for the Queen’ took place in the year of the Diamond Jubilee (2012) when schools competed to take over the Buckingham Palace kitchens and make tea for Her Majesty. Over 100 organisations and over 1000 independent shops have taken part in the Fortnight or run promotions. This included the Cabinet Office, the BBC staff canteen, St Paul’s Cathedral, the British Army and the National Trust. This year, Love British Food partnered with the charity Public Health Collaboration to create a 14-Day ‘Healthy Living Action Calendar’ for GPs to give to patients to help them focus on one healthy action every day of the Fortnight, The success stories and figures from the British Food Fortnight speak for themselves. Establishments that have taken part in the past reported increased sales as a result of promotions.

Why is it so important to buy home-grown food? The first reason, which is so important in today’s conditions surrounding global warming, is that native produce travels far less from farm to shop, so it has a lower carbon footprint than most imported foods. For example, there is no point in buying strawberries from Egypt during the height of the British strawberry crop. Therefore, you will be helping to protect the environment. Similarly, when certain crops are in season, they are cheaper as there is such a surplus. Therefore, it is very economical to eat seasonally. Indeed, you could buy a glut of strawberries in the summer and use them to make jam to last for many years. Secondly, you know what you are eating. The UK has incredibly robust assurance and traceability systems. Thirdly, the majority of British food is produced in a sustainable way that enhances and protects the countryside. Britain has some of the highest welfare standards regarding meat and seafood production in the world. For example, growth-accelerating hormones are banned, and antibiotics can only be administered by vets. Furthermore, the British cattle passport system ensures that each animal can be traced to its mother and birthplace. The UK also produces more cheese than France, coming in at around 700 different types, with different speciality cheeses being produced in different regions of the country, including Wensleydale in Yorkshire, goats cheese in the North West and somerset brie in the South West. Buying British produce also lowers the carbon footprint, but additionally means you are supporting British farmers who labour to keep the countryside in the best condition. To quote the Love British Food website: ‘no cows, sheep and goats: no countryside!’

Similarly, eating British fruit and vegetables is also incredibly important for your health. The produce is fresher, as the time between being picked, sold and eaten will be much shorter than if the foodstuffs had to be imported from elsewhere. This also provides health benefits: foods in-season contain the nutrients, minerals and trace elements that our bodies need at particular times of the year. For example, butternut squash and apples, which come into season at this time of year, are full of vitamin C to boost resistance to winter colds. Similarly, according to Love British Food’s resident nutritionist Lucy Williamson, oily fish like British Trout are one of the few foods to be high in Vitamin D, vital for our immune system and often low in the winter, while British-grown grains and pulses provide fibre and important gut bacteria. The Love British Food website has a downloadable chart on what is in season at different times of the year, available here: https://www.lovebritishfood.co.uk/whats-in-season-when. By buying British food products, you are supporting the economy, protecting the environment and also bettering your and your family’s wellbeing.

So what can you do on an individual basis? Firstly, buy homegrown produce at supermarkets. Look for your country’s flag, or read the information given on the packaging which will explain where it has travelled from. Also support your local butchers, greengrocers and markets, which source very locally, halting such extreme air mileages and lowering the carbon footprint. Moreover, buy in-season and make recipes which honour those ingredients, such as berries in summer and casseroles with root vegetables in winter, which saves importing from other countries and saves money, especially important considering the current economic climate. Finally, grow or pick your fruit and vegetables. For example, now is the perfect time to pick blackberries for puddings and jams and is a fun and satisfying thing to do. Even herbs can be grown in hanging baskets or planters on windowsills. The Royal Horticultural Society lists fruits and vegetables alphabetically, with information on each plant and how to grow it.

To conclude, British Food Fortnight highlights an incredibly important initiative that, now more than ever, needs to be circulated and observed. The Covid-19 pandemic and the issues in Ukraine have emphasised the uncertainty of supply and the necessity of focusing on what your country can provide for itself. The Fortnight's founder Alexia Robinson said: ‘With the government potentially introducing new buying standards that will require the public sector to “aspire to sourcing 50% of its food locally or to higher environmental production standards” the activities taking place during British Food Fortnight are an important foundation to achieving this’.