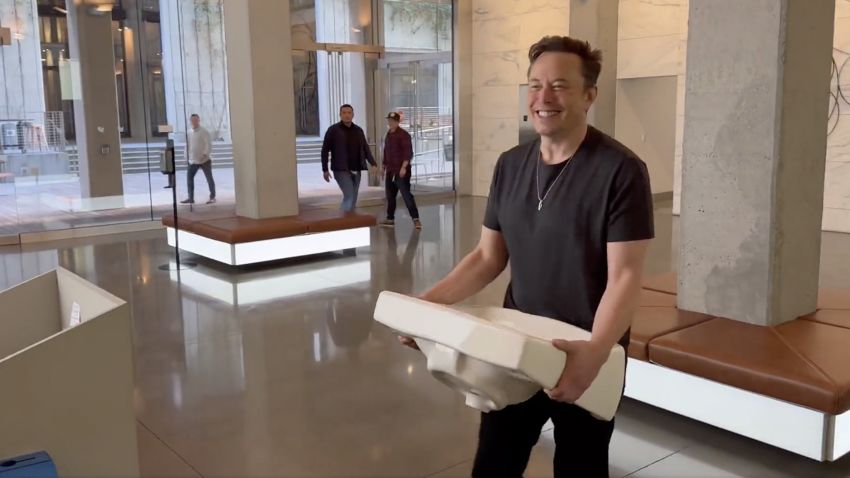 Ahead of a court-ordered Friday deadline to seal his acquisition of Twitter, Elon Musk tweeted a video of him carrying a kitchen sink into Twitter’s headquarters on Wednesday, a business-world symbol largely associated with taking radical action. Radical or not, change is coming to the tech titan.

"It is important to the future of civilization to have a common digital town square, where a wide range of beliefs can be debated in a healthy manner, without resorting to violence," he wrote in an open letter to Twitter advertisers on Thursday.

While many critics argued the acquisition was a money move, Musk shared his motivations behind the deal: “I didn’t do it because it would be easy. I didn't do it to make more money. I did it to try to help humanity, whom I love,” he wrote. However, Musk did recognize that failure is still “a very real possibility.”

The entrepreneur initially offered to buy the platform for $54.20 a share last spring, about $44 billion. Negotiations and stocks struggled before Musk openly criticized the company and spent months trying to walk away from the deal. He changed his mind after an expensive legal battle neared a trial over the contract.

The Judge overseeing the case set a deadline to close the transaction for Friday, Oct. 28. Despite admitting to “overpaying” for the company, Musk’s financial backers announced they were “prepared to honor their commitments.”

“Twitter aspires to be the most respected advertising platform in the world that strengthens your brand and grows your enterprise,” said Musk.

The tech titan plans to eliminate fake accounts, also referred to as “bots,” and loosen up the platform’s rules on speech, though the specifics are not yet available. Additionally, he wants to avoid the “great danger of social media splitting into far right-wing and far left-wing eco-chambers that generate more hate and divide [in] our society.”

Musk’s Twitter will adhere to the laws of the land while welcoming all. He announced, “Twitter cannot become a free-for-all hellscape where anything can be said with no consequences!” After officially taking over the company, Musk tweeted, “The bird is freed,” declaring the commencement of his reign.

As of Friday, Musk fired Twitter Chief Executive Parag Agrawal, Chief Financial Officer Ned Segal and legal affairs and policy chief Vijaya Gadde. He also indicated a large-scale layoff from a staff of roughly 7,500, though it has yet to be determined precisely how many and when that action may occur.