Entrepreneur Pallonji Mistry Passes Away at 93 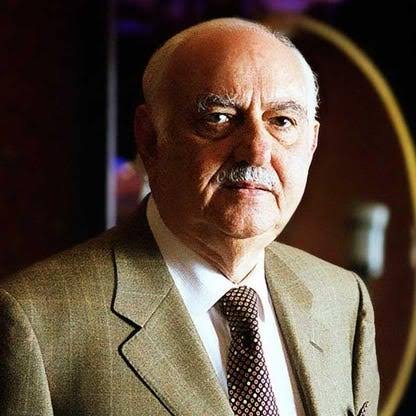 According to corporate officials, rich industrialist and Shapoorji Pallonji group chairman Pallonji Mistry passed away in Mumbai. Authorities say he passed away at his south Mumbai residence on Monday and Tuesday in the middle of the night. He was 93. Mistry is one of the wealthiest individuals in India, with a net worth estimated by the Bloomberg Billionaires Index to be close to $29 billion. Being Tata Sons' largest minority shareholder contributed significantly to the family's wealth.

The Shapoorji Pallonji Group is involved in the engineering and construction, infrastructure, real estate, water, energy, and financial services industries. The company, which offers end-to-end solutions in 50 countries, has over 50,000 employees, according to its website.

Tata Sons, the holding company for the Tata group, is 18.4% owned by the Pallonji Mistry family. A few of Mumbai's landmarks, such as the Reserve Bank of India and the Taj Mahal Palace hotel complex, were built by the SP Group, which was established in 1865.

Including Abu Dhabi, Qatar, and Dubai, the group's 1970 Middle Eastern expansion was led by Pallonji Mistry. It received a contract in 1971 to erect the Sultan of Oman's palace along with other governmental structures.

Under his direction, the business expanded into a multinational with businesses in real estate, water, energy, and finance.

In 2004, when Shapoor, his eldest son, took over as chairman of SP Group companies, Mistry resigned.

"An era has come to an end with Pallonji Mistry. Witnessing his brilliance and gentleness at work was one of life's greatest delights. I send my sympathies to the deceased's family and friends "Tweeted by Union Minister Smriti Irani.

In 2016, Mistry was awarded the Padma Bhushan, one of India's top civilian honours. Due to his obscurity, the business tycoon, who was of Irish descent, was also known as the "Phantom of Bombay House."

Mistry, who was born in 1929, went to Mumbai's Cathedral and John Cannon schools. After that, he continued his studies at Imperial College in London.

At the age of 18, he started working and helped his father grow the business by opening offices in Qatar, Dubai, and Abu Dhabi in the Middle East.

Mistry was one of India's first billionaires.

For his contributions as an industrialist, he received the Padma Bhushan in 2016, the nation's third-highest civilian honor.

Mistry's first abroad project was the construction of the Sultan of Oman's palace in 1976.

Eureka Forbes, the largest water purifier brand in the nation, is under the management of the S.P. Group, which is run by Shapoor Mistry, the oldest son of the founder.

Forbes claims that the Tata Group, which consists of 30 businesses and has a $103 billion (revenue) revenue, is the family's most valuable asset, which is an 18.4% shareholding in Tata Sons.

Since Cyrus, the younger son of Mistry, was fired from his position as chairman of Tata Sons in October 2016, there has been conflict between the two families.

In September 2020, the Mistrys decided to sell their stake in Tata Sons, claiming that "a separation of interests will best benefit all stakeholder groups."

When Cyrus Mistry, Pallonji Mistry's younger son, was named CEO of the Tata corporation in 2012, the public first became aware of Pallonji Mistry and his family. He assumed the position of chairman after Ratan Tata declared his retirement in December 2012. His son's termination in October 2016 marked the end of the good days and the beginning of one of India's worst corporate conflicts.