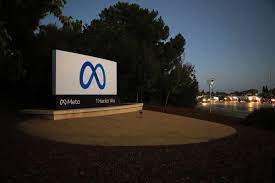 Facebook’s parent company Meta has been fined $24.7 million after a Washington state judge found them repeatedly and intentionally violating campaign finance disclosure law. This action is considered the most significant campaign finance penalty in U.S. history.

Issued by King County Superior Court Judge Douglass North, the penalty was the maximum allowed for more than 800 violations of Washington's Fair Campaign Practices Act, passed in 1972. Washington Attorney General Bob Ferguson argued that issuing the maximum penalty was appropriate, given his office had previously sued Facebook in 2018 for violating the same law.

Facebook’s 2018 violations resulted in the company having to pay $238,000 while announcing they would stop selling political ads in the state instead of complying with the law. They argued that the law is unconstitutional because it “unduly burdens political speech” and is “virtually impossible to comply with fully.”

However, Facebook failed to comply with those commitments and continued to run political ads without upholding the requirements by law, causing Ferguson to sue again in 2020.

“I have one word for Facebook’s conduct in this case — arrogance,” Ferguson said in a news release on Wednesday. “It intentionally disregarded Washington’s election transparency laws. But that wasn’t enough. Facebook argued in court that those laws should be declared unconstitutional. That’s breathtaking. Where’s the corporate responsibility?”

Ferguson further urged the tech giant to “come to its senses, accept responsibility, apologize for its conduct, and comply with the law.” If Facebook refuses to do this, he says his office will see the company in court again.

Washington’s election transparency law requires campaign advertisers, including social media like Meta, who host political ads, to make information about Washington political ads that run on their platforms available for public inspection in a timely manner. However, the state contended that Meta committed an estimated 822 infractions since December 2018.

Though each penalty is typically punishable by up to $10,000, the judge tripled the reparations and fined Meta $30,000 for each of its 822 violations. Meta will also be held responsible for reimbursing the attorney general's costs, which Ferguson’s office is estimated to be about  $10.5 million.

According to the attorney general’s statement, the court also ordered Meta to pay 12% interest per year on the total judgment, starting when the payments were due.