Tech World Is In a Chaotic State 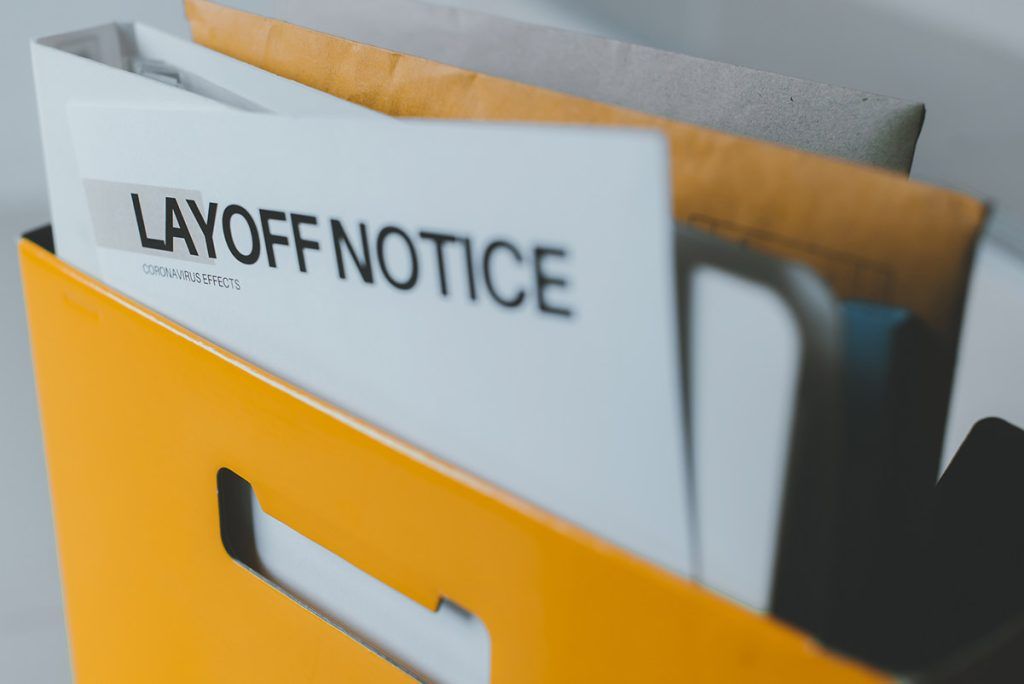 The tech world finds itself in a situation of misery when thousand of employees suddenly become jobless. The companies blamed uncertain economic conditions to be the reason for the layoffs. But the cause is still unclear to many experts due to the uneven distribution of firings across different departments.

As reported by layoffs.fyi, over 760 tech companies have laid off employees in 2022. While some businesses lay off just a few employees, others, like Meta and Twitter, lay off thousands. This situation will raise questions about the company's financial evaluation and its philosophies in the challenging marketplace. The companies have cut the workforce to restrain themselves from the financial crisis during this global recession.

Since the day Elon Musk took over the charge of Twitter, it has been in the spotlight since then. At first, Musk fired the top management of the company along with the CEO. But this will not stop here. Thousands of employees were laid off in a severe cost cutting. The estimated cuts accounted for 50% of the company’s workforce, which means around 3,700 employees were laid off. Many of the company’s workforce were aware of their termination after they were locked out of their work emails.

Musk stated in a tweet that the company was losing at least $4 million every day, which was the reason for the layoffs. The widespread layoffs throughout the company were conducted inconclusively, even though everyone was reportedly offered three months of severance pay. Whereas Twitter reportedly contacted a few laid-off workers to rejoin the company.

Lyft was also one of the major companies to announce layoffs. It reportedly laid off 13% of its staff, leaving 700 employees out of work. In a letter to employees, CEO Logan Green and President John Zimmer stated, “There are several challenges playing out across the economy. We’re facing a probable recession sometime in the next year, and ride-share insurance costs are going up. We worked hard to bring down costs this summer: we slowed, then froze hiring; cut spending; and paused less-critical initiatives. Still, Lyft has to become leaner, which requires us to part with incredible team members.”

The ride-hailing company announces ten weeks of pay and health coverage, accelerated equity vesting, and recruiting assistance to laid-off employees. In 2022, 75% of the company’s shares are down.

Online payment giant Stripe's CEO, Patrick Collison, announced to lay off 14% of its workforce, which is estimated to be 1,100 employees.

He admitted the leadership mistakes and stated, “(leadership was) much too optimistic about the internet economy’s near-term growth in 2022 and 2023 and underestimated both the likelihood and impact of a broader slowdown.” He further added, “We grew operating costs too quickly. Buoyed by the success we’re seeing in some of our new product areas, we allowed coordination costs to grow and operational inefficiencies to seep in.”

All departing employees will receive 14 weeks of severance pay from Stripe as well as either healthcare coverage or cash premiums. Moreover, PTO and 2022 bonuses will be paid.

One-fourth of the company's market value was lost due to the company's poor fourth-quarter guidance, and the stock fell to its lowest level since 2016.

After expanding the workforce by 60% during the pandemic. It now initiates to rightsize the company. CEO Mark Zuckerberg recently said in a conference call that he expects Meta to end 2023 “as either roughly the same size or even a slightly smaller organization than we are today.”

Apple’s privacy updates and declining ad spending challenged the company’s growth. Zuckerberg, In a letter to employees, mentioned that the laid-off employees would receive 16 weeks of severance plus two weeks for every year of service. Additionally, the employees would get health insurance for six months.

Among the biggest layoff group, Netflix is also a part of it. In May, after its first subscription loss, Netflix announced to eliminate 150 jobs, and later in June, it rose to 300 positions which are 4% of the company’s workforce.

The streaming company made a statement, “While we continue to invest significantly in the business, we made these adjustments so that our costs are growing in line with our slower revenue growth.”

Recently, another layoff news hit the screens by a renowned tech giant. On Monday, the news circulated that Amazon intends to fire around 10,000 employees starting this week. The massive online retailer is one of a growing number of tech companies cutting staff to control costs. According to reports, departments like devices, retail, and human resources will experience the majority of the cuts.

The day before the announcement, CEO and founder Jeff Bezos issued a recession warning, indicating headwinds are coming. However, Amazon has not issued any corporate statements or instructions regarding the layoffs.

Why are companies laying off employees?

According to the Forbes report, Macroeconomic factors are a recurring theme in the layoffs on this list. Investors became agitated as a result of lower corporate profits brought on by inflation, rising interest rates, and the possibility of a recession. But overzealous hiring during the pandemic is one of the hidden factors.

As the tech prospect grew during the pandemic, many companies expanded their workforce and hired people. But after the Federal Reserve price hike, companies found themselves in debt as their profits reduced. Therefore, companies started to rethink the scope of investments. The layoffs are the outcome of the correction by tech giants to hire more workforce. As the layoffs mount, some economists warn that the effects will soon spread to other industries.