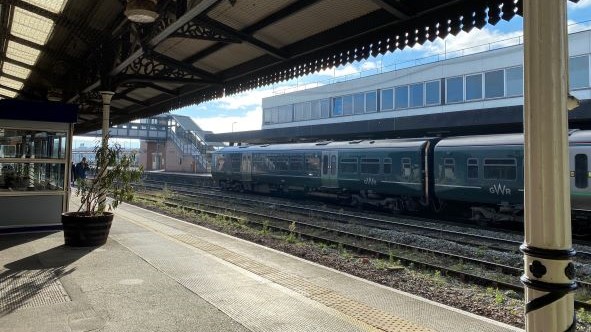 The trail drives are set to go on strike again in October in a pay dispute, which might cause rail journey disruption in the UK.

UK train drivers at 12 rail firms will resume strikes on October 1 and 5, following the cancellation of industrial action planned for this week due to the death of Queen Elizabeth II.

The strikes are part of a long-running salary dispute.

The dates correspond with the start and end of the Conservative Party Conference in Birmingham, which is set for 2 and 5 October.

The train drivers' union, Aslef, would not make any public announcements or comments on any strike action until Tuesday.

However, David Horne, general director of one of the impacted railway lines, the London North Eastern Railway, tweeted that the union has actually alerted the company of the forthcoming strike action on October 1 and 5.

Mr Horne stated that LNER had already paused ticket sales for these dates and that the services would be confirmed as soon as feasible.

Other cancelled strikes are scheduled to continue, including planned action for TSSA union members at nine train firms to participate in a 24-hour strike beginning at midday on September 26, as well as potential strikes from other sectors, including post and telecommunications.

Mick Whelan, ASLEF's general secretary, said of the cancelled September 15 strikes and expressed their regret for causing the inconvenience to the passengers. He claimed that although going on strike is a fundamental human right, they didn't want to go on strike. It’s the train companies that pushed them to do so.

The Aslef leadership's decision to launch strike action against train operators on Friday is "incredible" and "totally disrespectful," according to a rail industry insider. Because the entire rail family is working extremely hard to support the hundreds of thousands of people who wish to pay their respects to Her Majesty the Queen during this period of national mourning.

A series of large-scale rail strikes has lately occurred because unions want salary increases in accordance with rising living costs.

They contend that, with passenger revenue lower than before the pandemic and billions of dollars in public funds used to keep services running, neither taxpayers nor passengers should be forced to pay more to close the budget gap.

Mick claimed that inflation is now in double figures and rising, although train companies had made no changes. And this is for train drivers who kept Britain moving - vital workers around the country - throughout the pandemic and have not been paid a raise since 2019.