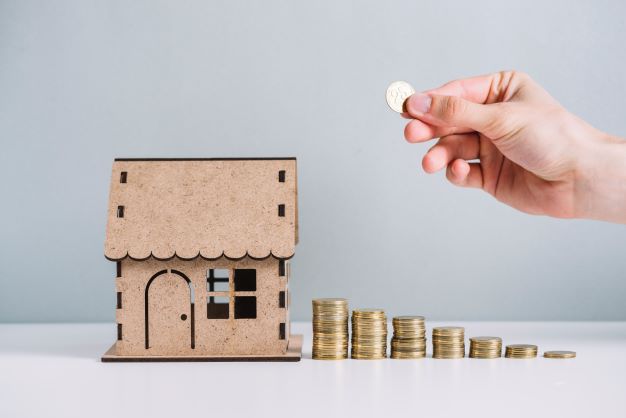 According to Nationwide, UK house prices fell by the most in more than two years in November as rising interest rates discouraged buyers.

House prices in the United Kingdom fell at their fastest rate in more than two years in November, new Nationwide data shows.

In November, the average house price fell 1.4% month on month, the largest monthly drop since June 2020.

This comes on the heels of a 0.9% drop in October, indicating that the housing market is cooling after experiencing rapid growth since the pandemic began.

The average price of a home in November was $263,788, as experts warn the housing market is decelerating.

As affordability concerns weigh on demand, the government's official forecaster predicted that house prices will decline by 9 percent over the next two years.

It said the housing sector was still being impacted by the fallout from September's mini-budget, which caused mortgage rates to rise and forced lenders to suspend hundreds of mortgage products amid financial market turmoil.

It comes after mortgage rates rose in the aftermath of the disastrous Mini Budget in September, as well as the Bank of England raising its base rate.

These figures indicate a shift in the housing market - a predictable shift, but nonetheless a significant one.

Official forecasters predict that this will be the start of two years of house price declines - but keep in mind that this comes after a period of significant increases.

If you have a tracker mortgage, your payments will fluctuate in tandem with the base rate.

If you have a standard variable rate (SVR) mortgage, it is up to your lender to decide whether or not to increase your interest rate when the base rate rises, and the vast majority do so.

Some first-time buyers may be relieved by falling property prices, but the significant increase in the general cost of living may limit their ability to save for a deposit.

Other buyers may believe that now is the time to bargain hard on price, and sellers will need to think about pricing and how quickly they want to move.

All of these are broad statements, but there is no single UK housing market to navigate. Instead, there are a plethora of local markets in which price, demand, and supply are influenced by a variety of factors ranging from local schools and housing developments to job opportunities and transportation.

The most recent data from Land Registry, released in November, indicated that the average house price in the United Kingdom was £294,559. Monthly property prices were flat.

The Rightmove index, which was also released in November, indicated that house prices fell 1.1% month-over-month, while Halifax reported a 0.5% monthly decline.

Increasing UK Mortgage Rates: What Could This Affect People?