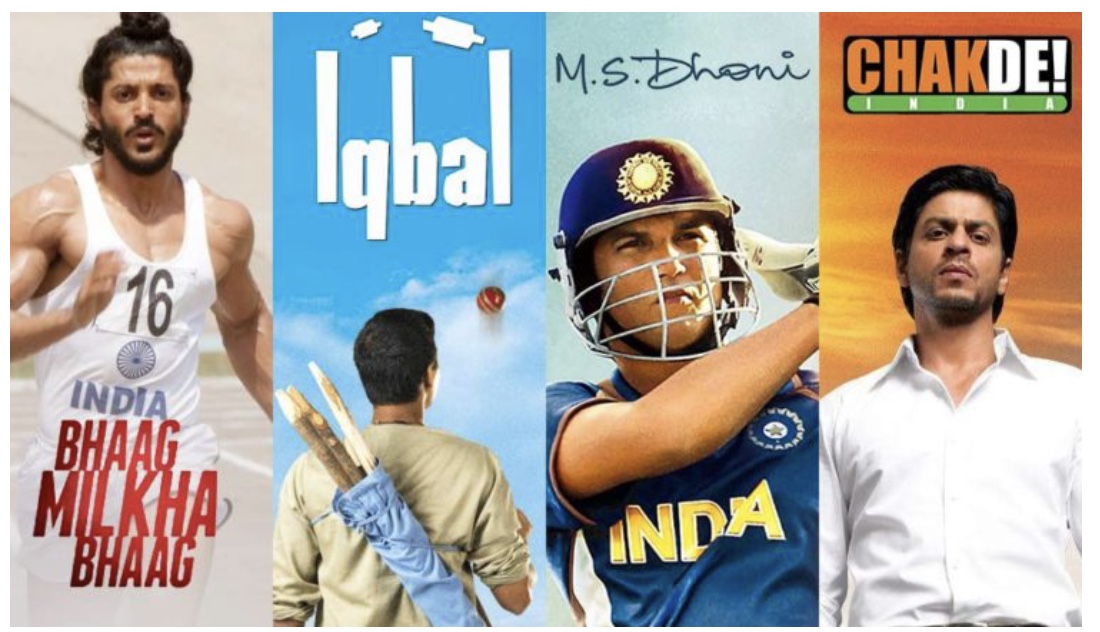 One of this year’s most awaited films was the Ranveer Singh starrer 83, based on the Indian cricket team’s win at the 1983 cricket World Cup. India, being a sports- loving nation that appreciates and values the sporting spirit, has witnessed some eye-opening Bollywood sports movies.

Movies based on the lives of sporting heroes tend  to be wonderful tales of grit and determination, narrating the story of accomplishment against the odds.

Women-centric  sports movies like Dangal, Chak de, Panga,  Rashmi Rocket are also testament to the phenomenal transformation of the actors into the sporting heroes whose tale they are narrating. Biopics like Mary Kom and Saina have depicted the real -life travails of sportswomen.  Undergoing rigorous physical training, actor Priyanka Chopra went to every length to pin down Mary Kom’s style of boxing to an extent that even a seasoned boxing enthusiast will be hard- pressed to pick out any flaws in her acting in the ring. Such movies  showcase to the audience the hardships  and struggles behind the gold and silver medals.

Among one of India’s most acclaimed sports movies was the Shah Rukh Khan starrer Chak de India. Though the film was inspired by Indian hockey women’s team’s  2002 Commonwealth Games win, the film is fictional even if the issues it tackled—feminism, sexism, bigotry and prejudice—are very much real. Kabir Khan (Shah Rukh Khan) attempts to redeem himself after facing ostracisation by training and steering a group of women hockey players to finally win the World Cup.The film, an inspirational and a highly enjoyable watch even for non-hockey fans, made its mark in the sports genre of Indian cinema.

Biopic Bhaag Milkha Bhaag (year) is yet another inspirational and motivating  watch and is based on the life of Commonwealth Games and Asian Games medal- winning Indian sprinter Milkha Singh. Actor Farhan Akhtar impresses with the physical transformation he underwent to fit into the character. Based on his book The Race of My Life by Milkha Singh and his daughter, the movie highlights the strife of the protagonist and his journey in becoming one of India’s most cherished athletes.

Others like Dangal, Gold and Lagaan too represent the best to have come out in the genre. However, although these films had many positives , they still have weaknesses that cannot be ignored. Saina’ highlights the resilience and unbreakable spirit of the former world number one ace shuttler Saina Nehwal . However, the role of Saina played by Pariniti Chopra could have been played by another person, possibly an athlete giving it a realistic appeal.

Movies like Panga , Gold and Soorma , are inspirational too, but they lack depth in the portrayal of the protagonists. While concessions are made to popular taste, too many songs or loud background music distracts the audience and sometimes makes them lose interest in the film. Also, many, like Dhoni and Azhar  are mere hagiographies that rarely scratch the surface to go beyond the obvious. Everyone knows drill—struggles, road to glory, downfall, resurrection. The ones that stay with you break that template.