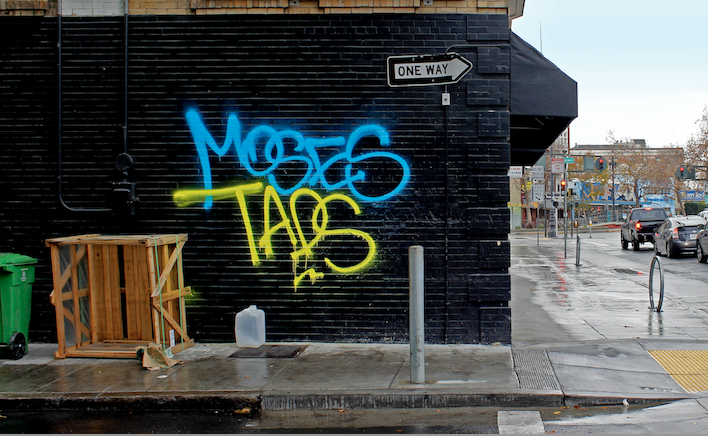 What do people usually think of when others mention the oppression of graffiti art?

Many will probably think of the legal restrictions enforced by the government. However, an artist collective, TOPSPRAYER, came up with a brand new ideology.

Founded in 2007, TOPSPRAYER included two graffiti artists, Moses and Taps, who have worked independently from each other since 1994, focusing on spray paint as their mutual mediums. After joining together as a group, Moses and Taps have beenwell known for their first ambitious plan, the International Topsprayer Project, which aimed to complete 1000 paintings on trains in 1000 days. 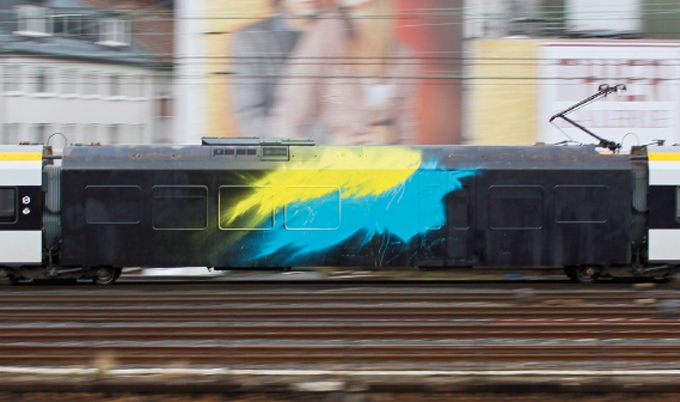 Declaring freedom as their ultimate pursuit, Moses and Taps treatgraffiti in a way that deviates from the general artist, actingas an evolutionary tool to fight against the double constraint of the authority’s persecution and the rigid rules in graffiti art.

SPLASH is a unique project Moses and Taps started in 2010. In this project, they spray pure color lumps one after another, which transits naturally, exhibiting an impressive artistic effect. This particular way of spraying is aimed at mocking the aesthetic rules of graffiti. When graffiti nowadays seems to blindly satisfy the standards of perfection, showing fewer diversities and variations in its form and theme, the importance of SPLASH is to revitalize graffiti art through innovation. In an interview, Moses and Taps called this movement a “visualization of the harsh criticism regarding graffiti’s stagnation” (The Grifters Journal). By differentiating in their visual approach, Moses and Taps completed SPLASH creatively and reflectively, leading general artists to reconsider their value of work and stagnation in graffiti art.

As a form of art, the SPLASH is a pithier message. The process of creating the SPLASH is a performance since it involves the artists using their whole bodies to paint. They also have to act quickly when spraying, which gives their work a sense of vitality.

In contrast to this process, the process of painting ordinary graffiti art contains fewer actions and is more rigid, which deprives the artistic value of the painting itself. In SPLASH, people can concentrate on the act of painting and documentation.

Breaking conventional rules is an important goal among all their plans, and one aspect of it can be manifested in their corporate identity. For graffiti artists, it’s an unnamed rule only to spray their names on their works for recognizability. However, Moses and Taps refuse the idea of authorizing their works, stating that freedom should be prioritized.

They first began to exchange their names to each other, then shared their identities with friends worldwide, and finally enabled everyone to use their names. This brave and innovative action was done in an effort to minimize themselves as much as possible: it has even fought against the judicial system.

While the name written by the author on the graffiti may be used as evidence of prosecution towards graffiti artists, the corporate identity ensures the action is less traceable, which helps to counter the unfair legal interpretation of graffiti in Germany. It’s an act of changing the jurisdiction. Moses and Taps’ use of corporate identity has a profound impact on both the outbreak of traditional rules in graffiti and the contribution to the juristic evolution in Germany.

When most people notice the authority’s prosecution as the apparent threat to the freedom of graffiti art, Moses and Taps realize the implicit restriction brought by the stagnated rules of graffiti among artists, using their particular form of art to complete their multifaceted challenge.