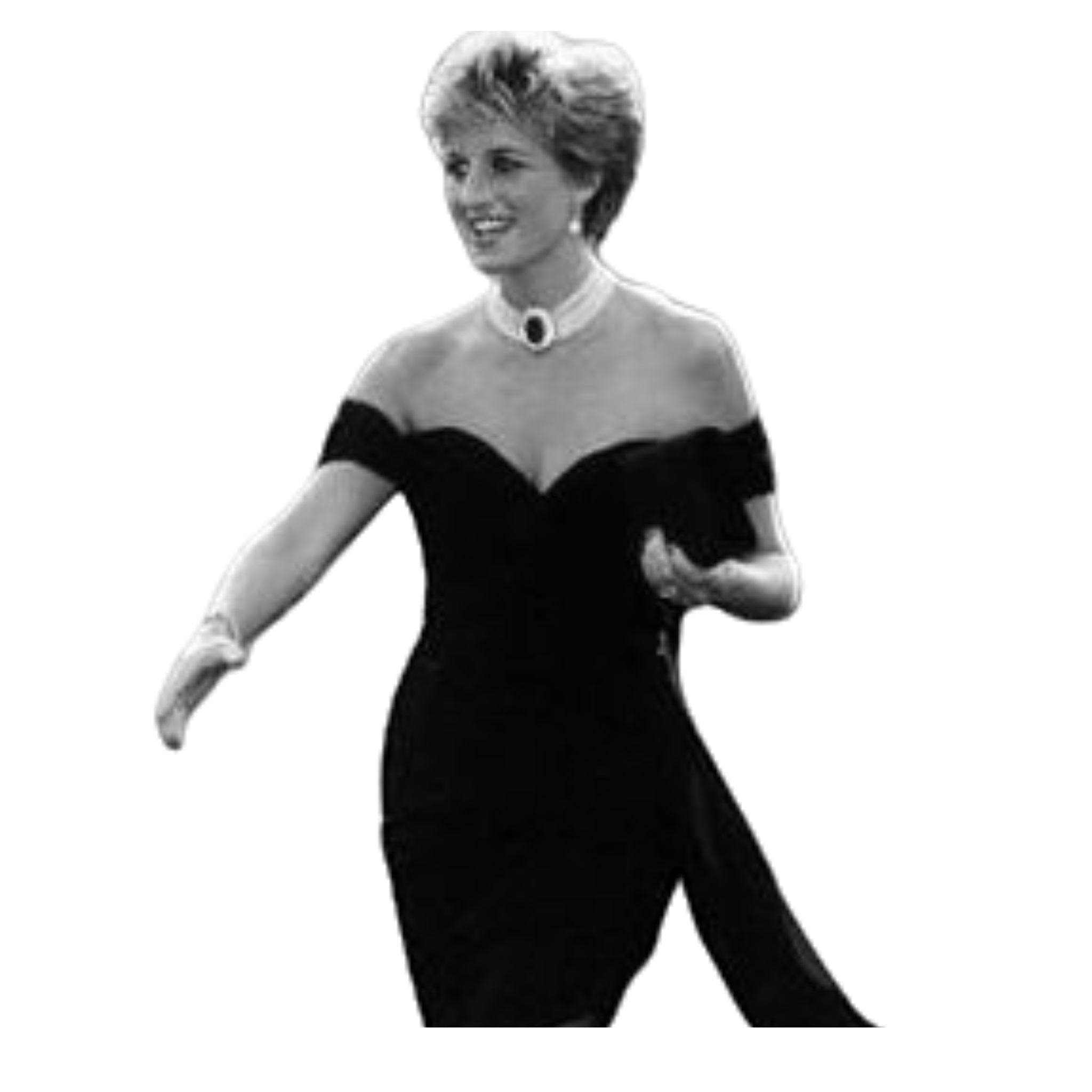 In the early 60s, fashion began making a formal statement, giving us a sense of empathy for bright and bold composition, which led to a popular, indispensable craze. Vogue, for example, was one of the most prominent magazines Featuring icons such as Twiggy, who dominated the fashion magazine industry in the 1960s.

After a decade, fashion elements changed tremendously due to the Royalist, who stood out with only her distinctive style. Diana had a natural beauty that was both soft and alluring. In 1993, the late princess wore a dress designed by Christina Stambolian called 'The Revenge Dress.' That placed her as a fashion statement icon.

Stambolian trained in Athens before coming to London to showcase her iconic designs; for her, it was a giant leap from being uncommonly heard. Making 'The Revenge Dress' a modern top value, Diana owned & wore it with an elegance that outdone a generation of fashion.

As the world climaxed at the news that aids were slowly eroding, Diana's rich, classy looks came at a time of great need. Many people around the world found hope & encouragement in the princess of wales, enlightening us all and accepting the world as it is.

Seventy-nine of Diana's decadent gowns were auctioned off before she died to benefit cancer and AIDS research. Even after her passing in 1997, the princess remained a big name in fashion.

Elizabeth Holmes, who wrote about the late princess in her book quoted in: So Many Thoughts on Royal Style,

" Diana was a "master dresser" who would tailor her style "not just to what she was doing or who she was meeting, but how she was feeling."

Unlike other women, Lady Di wore her clothes to make a statement, not just to own them. This legacy will live on for generations to come.

1 week, 1 day ago by Elliotkay

1 week, 5 days ago by GPemberton

What a thoughtful article on a timeless fashion icon. Thank you for writing.

Modelling And Toxicity: What Can Be Improved?