Alexa Nikolas Created The Organization Eat Predators, But Why Does It Target The Entertainment Industry And Music Companies? 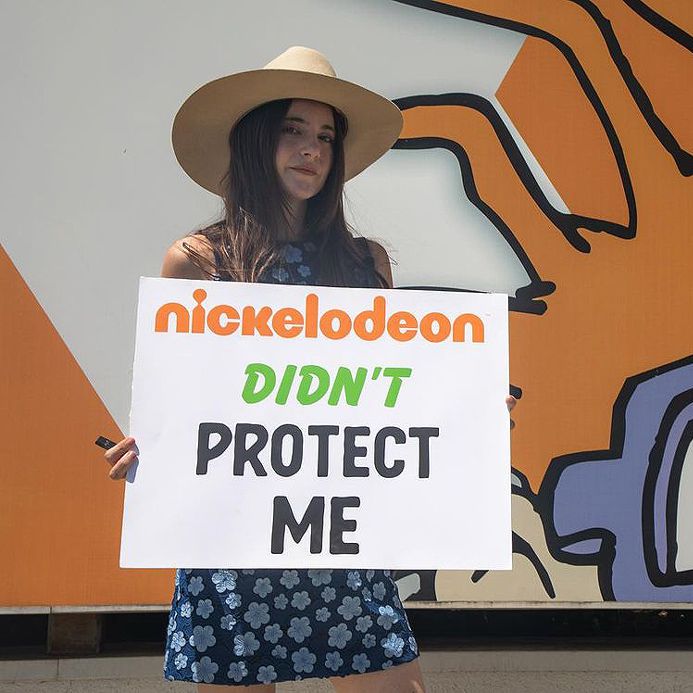 This paper will address the prevalence of sexual misconduct in the entertainment and music industries and the number of celebrities speaking out about their past experiences. Alexa Nikolas, who played Nicole Bristow for two seasons on the hit Nickelodeon series Zoey 101, founded the organization Eat predators, which protests against sexual misconduct within the entertainment industry. According to Variety, Alexa Nikolas went public with sexual assault charges against her ex-husband, Michael Milosh, of the indie R&B band Rhye in 2021.

According to an article published by TheGuardian, 94% of women engaged in the American film industry have experienced sexual harassment or assault, according to a survey performed by USA Today in collaboration with the Creative Coalition, Women in Film and Television, and the National Sexual Violence Resource Center. This included "unwanted sexual statements, jokes, or gestures" (87%), "being sexually touched" (69%), and "being shown sexual images without consent" (39%). In addition, 21% of respondents stated they had been "compelled to do a sexual act," and 10% said they had been "forced to appear naked for auditions against their will."

Several protests against sexual abuse in the entertainment industry have taken place with the support of social media, which has helped to draw attention to the problem. Recently, Alexa Nikolas spoke publicly about the unsafe environment she encountered as a child and the multiple instances of abuse she endured while working for Nickelodeon.

According to the Variety article, Alexa Nikolas reflects, "It shouldn't be a woman having to trail blaze. It should be on the industry itself."…Because a predator's going to come and go — there's always going to be a predator. But they can't perpetuate that abuse if they don't have a haven.

On Thursday, Alexa Nikolas protested against the network outside Nickelodeon's Burbank headquarters with a sign reading "Nickelodeon Didn't Protect Me." According to the Vanity Fair article, she and approximately 20 other protesters objected to allegations of misconduct by Nick and some of the network's higher-ups, including Schneider.

Furthermore, Nikolas talked to the tabloid website TMZ about her experience, “I wanna make Nick safe for kids because, in my experience working on Zoey 101, I didn’t feel safe,” she shared. “I didn’t feel like Nickelodeon protected me or had my best interests in mind. So after hearing so many different stories from different Nick stars, it just feels like enough is enough.” Nikola refers to Dan Schneider, creator or producer of popular Nickelodeon shows like All That, The Amanda Show, Drake & Josh, and Victorious, as the “creator of childhood trauma.”

Since the release of Jennette McCurdy's memoir "I'm Glad My Mom Died," Nickelodeon has been the target of criticism from the media and her fans. According to the RollingStone article, people are paying attention to the book as it rose to No. 4 on Amazon's best-seller charts  (and No. 2 in memoirs) before the physical copies sold out on Amazon, Target, Walmart, and Barnes & Noble.

Additionally, Los Angeles Times published an article describing the childhood star's abusive experience working for the 'allegedly inappropriate man' at Nickelodeon, whom she refers to in the memoir as "the Creator." She also describes how the network allegedly paid her $300,000 to remain silent about the incident.

Variety explained that in response to the recent publishing of Jennette McCurdy's memoir, Alexa Nikolas and her organization, Eat Predators, decided to broaden their emphasis beyond the music industry by protesting outside Nickelodeon.

Nikolas hopes that the industry can redeem itself to stop the NDAs(non-closure agreements), also known as non-disclosure agreements which can silence children and prevent them from getting help when needed.

Variety stated that Eat predators began to criticize the systemic problem within the music industry. The movement received public support from her social media platform and activist organizations, such as the 100 Percenters, for her fight against the prevalence of sexual misconduct in the entertainment industry. They gathered in front of the headquarters of Warner Music Group on July 28, Red Light Management on July 21, and Sony Music's Culver last week to protest the sexual misconduct and abuse associated with the label group's artists.

Nikolas hopes that the music business and entertainment industry will become a safe space for women in the future. She continues to fight against sexual misconduct in the industry so that today's children will not experience what many women have endured. Nikolas shared a post On Instagram which states that "a survivor of child sexual abuse have until December in testate of California to get justice. It doesn't matter what year it happened. If the time feels right, people can call 1-800-it's time for legal advice to begin the process. The choice has to be yours. And yours only".

Alexa Nikolas's childhood was affected by a great deal of trauma, which is the case for many sexual assault survivors. She is working so that people can feel safe discussing their past and exposing those who caused them so much misery as children.