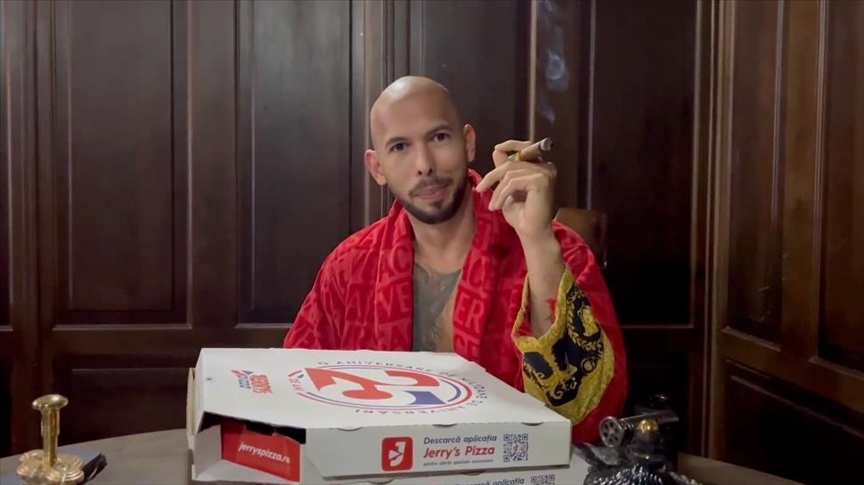 On December 29, 2022, social media personality Andrew Tate and his brother Tristan Tate were arrested in Romania for alleged human trafficking. This occurred just hours after a response video to Greta Thunburg, who he was arguing with on Twitter.

The feud began when Tate tagged Thunburg on Twitter in a post. “I have 33 cars. My Bugatti has a w16 8.0L quad turbo. My TWO Ferrari 812 competizione have 6.5L v12s. This is just the start,” Tate taunted. “Please provide your email address so I can send a complete list of my car collection and their respective enormous emissions.”

In response, Thunburg sent her “email,” [email protected], which prompted a video response from Tate.

In said video, posted to Twitter, Tate expresses his apathetic response to the climate crisis and claims that he is not mad at Thunburg, because “she doesn’t realize she’s been programmed, she doesn’t realize she&#39;s a slave of the matrix.” During his speech, he is handed a box of Romanian pizza, revealing his location to the authorities. Allegedly, once they found he was in the country, they made their move.

Andrew Tate is a former kickboxer, originally born in Washington D.C., who moved at an early age to England. Tate began practicing kickboxing and martial arts in 2005, all while supporting himself by working for television advertising. After winning his first ISKA (International Sports Kickboxing Association) title, and second title in 2013, he retired from sports.

In 2016, Tate became a member of the Big Brother UK House and quickly received backlash for his homophobic and racist tweets that had emerged. Soon after, Tate was removed from the organization for a video reportedly showing him hitting a woman with a belt six days after it began. Tate’s video posts began to soar, for their display of wealth and ideas of hyper-masculinity.

Tate has been known for his controversial opinions on sexual assault victims, and for saying that they “share the responsibilities” of their attacks. Tate has also made comments online about how women are considered property and what roles they are meant to play in society. Following his long list of misogynistic posts, audiences worried for the future of young viewers and pleaded with social media platforms to remove his content. In August 2022, Tate was removed from all social media sites.

In November 2022, Tate was brought back to Twitter after the platform was bought by Elon Musk, along with other celebrities such as Kanye West and Donald Trump. Since then, Tate has continued to share his ideas to the public, without regards to those he offends.

Although Tate and his brother have only recently been arrested, their history of misogyny does not go unnoticed. At this point, the Tate Brothers’ future lies in the hands of the Romanian government now, who are fully aware and accounting for the brothers’ past actions.