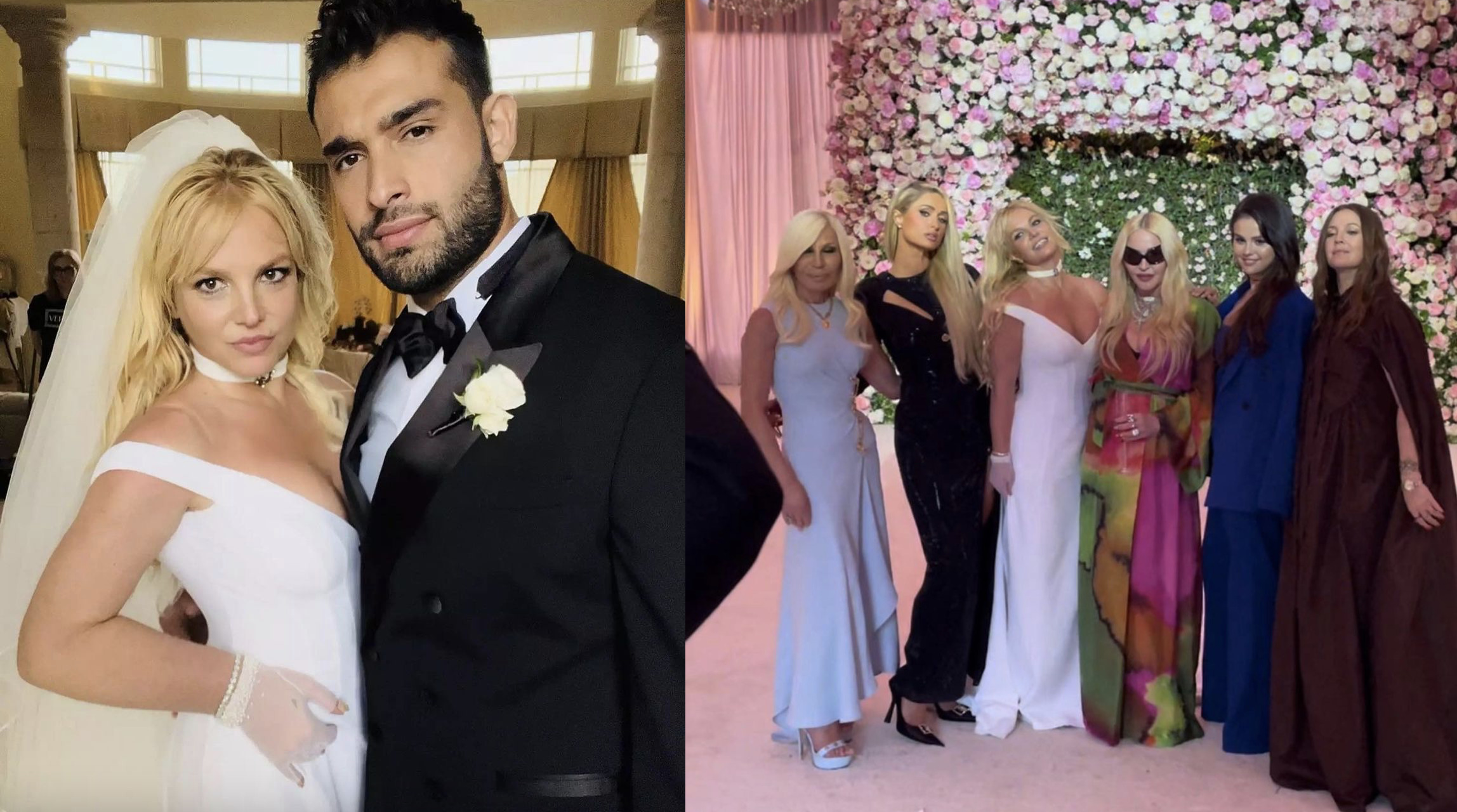 It seems like Britney Spears can't catch a break. The "Toxic" singer married her fiancé Sam Asghari in a private home ceremony on June 9th at her home in Los Angeles, California. Celebrities like Paris Hilton, Drew Barrymore, Donatella Versace, Madonna, and Selena Gomez were some of the attendees. Despite the long-awaited wedding, the drama couldn't keep away for too long.

Britney's ex-husband, Jason Alexander, whom she was married to for only 55 hours back in 2004, showed up unexpectedly at her house before the ceremony carrying a knife. Many people were shocked by the bizarre event. He was live-streaming the whole event on Instagram.

In an exclusive interview by People magazine, he introduced himself to the party's workers saying, "My name's Jason Alexander. Britney invited me here," Alexander claimed. "Britney Spears invited me here. She's my first wife, my only wife. I'm her first husband."

He was then arrested and charged with felony stalking. Britney later filed a restraining order against him which was granted to her by the Ventura county judge. Alexander has to remain 100 yards away for the next three years.

Despite this moment, the rest of Brittany's wedding went according to plan. Britney arrived at the ceremony in a horse-drawn carriage. She took to Instagram to gush about everything, from decoration to the ceremony. She wrote, "The crew who created our home into literally a dream castle were fantastic!" she continued to say, "the ceremony was a dream, and the party was even better." The dress she wore was custom designed by Donatella. Britney walked herself down the aisle, which many fans found to be symbolic of her freedom after being restrained by her thirteen-year-long conservatorship.

It was confirmed by Asghari back in September that he and Britney will get a prenup. On an Instagram story, he jokingly wrote, "Of course, we're getting an iron-clad prenup to protect my jeep and shoe collection in case she dumps me one day." Fans found this statement endearing, given that Britney's net worth surpasses his.

This wedding has been deemed an essential milestone in Britney's life post the conservatorship. Fans want to see what is in store next for the newlyweds and wish only the best for them.