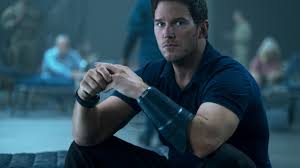 Peter Quill, often known as Star-Lord, was a famous character played by Chris Pratt in the Marvel Cinematic Universe. The actor has appeared in two Avengers films and two Guardians of the Galaxy movies. Chris has recently hinted that his job would be ending soon, even if he might not want it to.

In at least two upcoming films, Chris is set to play Star-Lord. He and the other Guardians will appear in the July 7 release of the Marvel Cinematic Universe film Thor: Love and Thunder. Then, in May 2023, he will appear in Guardians of the Galaxy Vol. 3, which will be released in theatres. Aside from this, Star Lord's Marvel career is in doubt.

The actor explains, “You asked whether I’m cognizant, intentionally turning a page. The page is turning. Whether I want to or not. Because the franchises are over". The actor cited Russell Wilson, an American football player who recently left Chris' favourite team and claimed that moments of something coming to an end affect him more intensely than usual. The actor said, “You want to be conscious and put a lot of effort into experiencing the moment.”

Guardians of the Galaxy star continued, “Like, this is going away. I want to take it in. You can’t take it in any harder than just being present to it. So, I’m being present. The other day, Russell Wilson, the Seattle Seahawks quarterback, got traded to Denver. He’s been with Seattle for about ten years, which has been about the duration of this (his Guardians stint). I was like, ‘Wait, hold on, what happened?' ".

Pratt explained his feelings over Russell's retirement by saying, “The emotion around the last ten years has sort of come to an end. I was most embarrassingly, like, ‘My quarterback leaves, so I’m gonna cry.’ It’s hitting me in moments like that.” Chris Hemsworth, who plays Thor in the MCU, had also hinted that Love and Thunder might be his last picture.