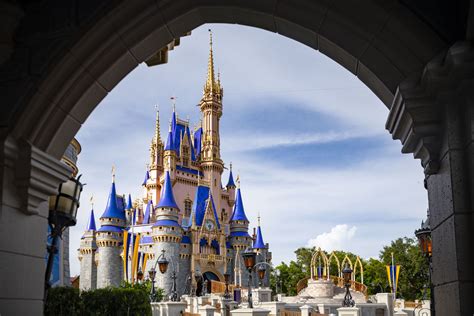 Disney World, Florida, and the various other Disney-owned theme parks worldwide are family attractions that draw in both children and adults to its magical gates and whimsical rides. With movie franchises like Pirates of the Caribbean and Star Wars and thousands of animated and live-action children’s movies and shows, the company has become one of the top family attractions in the world. Though this is undoubtedly an outstanding accomplishment, it does not entirely give this company the expertise to speak on political and legislative decisions regarding children in school, but that is what was precisely tried by Disney.

In Florida, the Parental Rights in Education Act, referred to as the “Don’t Say Gay” act by opposers, was passed on March 28, 2022. It bans teachers from instructing or discussing sexual orientation or gender identity with children from kindergarten to third grade. This legislation aims to give parents more control over their children’s education and what students are being taught in school.

When information about this bill first came out, Disney hesitated to release any statements of opinion on the subject of the act. After anger and protests from some of its LGBTQ employees, CEO Bob Chapek posted a comment on the company’s Twitter account, stating that “Disney would pause all political donations in Florida and donate $5 million to LGBTQ rights groups.” In the 2020 election, Disney was reported to have donated $4.8 million in total to over 100 individual legislative candidates and members. Though Bob Chapek claims hesitancy to express political views and opinions as a company, he did not seem to mind donating extensive amounts of money to political candidates. How ironic is that?

In response to this opposition from Disney, Florida Governor Ron DeSantis passed a bill that punishes the company for its outright disapproval. According to Reuters, the bill “strips Walt Disney Co of self-governing authority at its Orlando-area parks.” This bill could affect both the company and the state, as Disney paid “$780.3 million in state and local taxes in 2021,” the lack of which will most likely fall directly to Florida citizens. This self governing body, known as the Reedy Creek Improvement District, has allowed Walt Disney World Resort to operate as its own city. DeSantis claims that no other business or individual in Florida is given this level of freedom, including Disney’s control over their own police and fire relief forces. After more than 50 years of governing itself, the family-oriented company will suffer from the repercussions of speaking out on political issues that are meant to help children.

Walt Disney Co has been known as the ultimate family company for decades. With its numerous theme parks, franchises, and attractions, the company has expanded its success to become one of the world’s most popular children’s entertainment brands. The day after Disney released this opinion, they lost over $50 million in revenue and support from customers. This long reign might be slowing down, due to Disney’s CEO speaking out against a Florida bill and being punished for his lack of support for legislation aimed to help the very people Disney was supposedly created for: children.