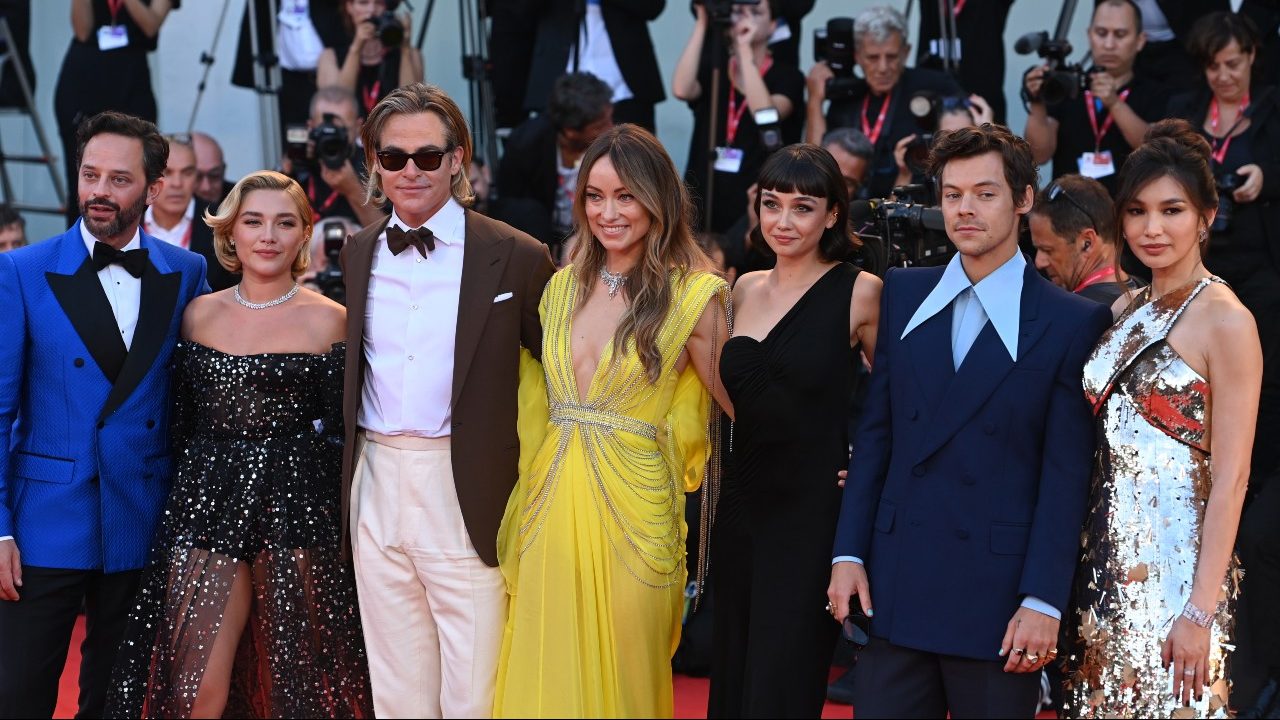 “Don’t worry, darling,” which received a standing ovation four minutes long after its screening at the Venice Film Festival, is heavily criticized for its poor script.

Olivia Wilde’s new film premiered at the Venice Film Festival on September 6. It received a 4-minute round of applause after its premiere. However, the first reviews have since been published, and the results are not very positive.

“Don’t worry, darling” is Olivia Wilde’s second film. Before that, she was successful with her debut directed film “Booksmart,” which was released in 2019. That was the reason why her second work quickly became one of the most talked about on the Internet, and with the presence of “muse” Harry Styles, it is expected to have the same impact as “Booksmart.”

The film is a mystery thriller movie set in the desert suburbs of California in the 1950s. The plot revolves around Alice (Florence Pugh) and Jack Chambers (Harry Styles), a young couple who are looking for a place to start building their home.

Despite the film’s expectations, on Rotten Tomatoes, one of the most popular movie review sites among users, “Don’t worry, darling” received only 41% “fresh”, a rather low number when compared to the film crew’s original expectations.

Critics praised the film’s directing, setting design, and art direction, but chastised it for its poor script. Author Geoffrey Macnab stated in a review on Independent that the film is not a flop, but it is a messy story. The plots in the film are hazy and complicated, and as a result, the flow is also slow and boring. The character Jack is probably the most boring husband on the screen.

He later commented, however, that “Don’t worry, darling” has very nice camera angles. The movie’s character appearances and costumes are both impressive and flawless. The exterior of the film is gleaming, but the interior is as empty as the characters.

Although the film received mixed reviews, Florence Pugh’s performance was praised by the audience and is said to be the highlight of the film. According to Richard Lawson, a Vanity Fair reporter, despite the film’s flaws, Pugh’s performance is commendable. She has produced one of her career’s most outstanding performances.

According to the press, Florence Pugh did not appear in Venice until the film was released. She also did not sit with her co-star Harry Styles or the film’s director. People believe the crew members were arguing. Despite the rumors, Olivia Wilde confirmed there was no feud between her and Florence Pugh.

The film will be officially released in theaters on September 23, 2022.

What's the Drama Surrounding Don't Worry Darling? Here's What You Should Know.