Embrace What You’re Given, Not What You Want — A Review of Puss in Boots: The Last Wish 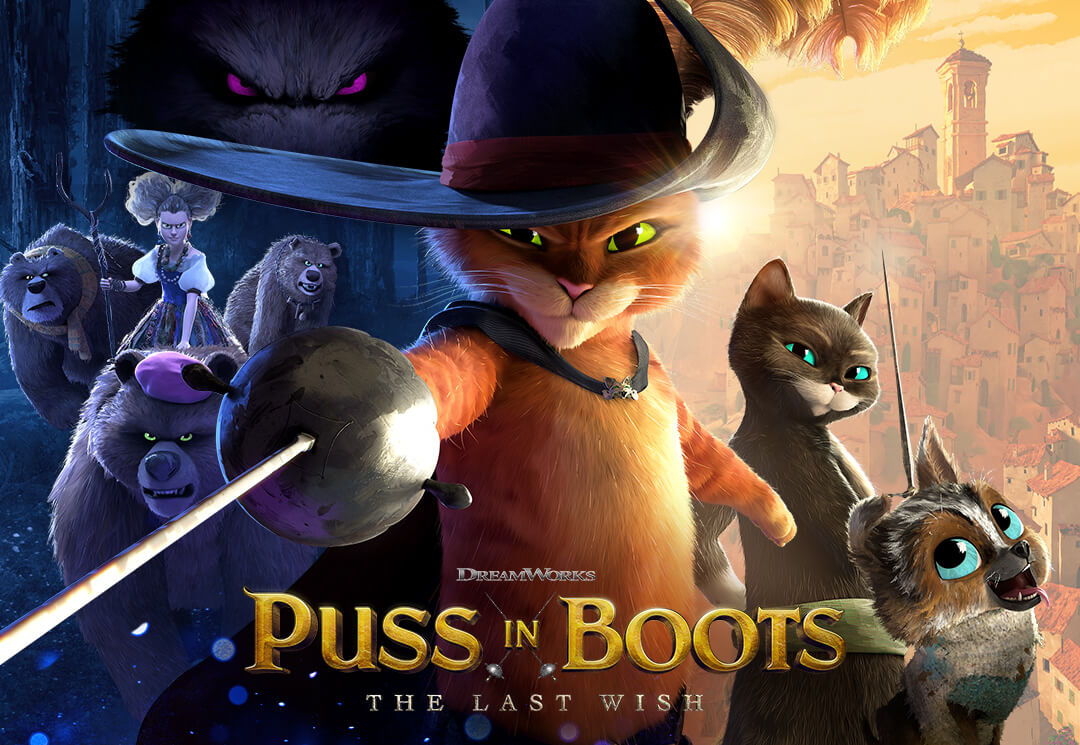 After a hiatus of over a decade, the latest installment in the Shrek universe came to theaters on December 21, 2022. Puss in Boots: The Last Wish features the return of the fan favorite heroic feline Puss and his romantic interest Kitty Softpaws, who — among others — search for a legendary wishing star, which possesses the ability to grant a single wish. The unique movie boasts fast-paced yet fluid action sequences, several new yet memorable characters, and a beautiful, hand-painted animation style reminiscent of that in Spider-Man: Into the Spider-Verse. The commendable soundtrack, voice-acting, and animation within Puss in Boots: The Last Wish has led to its nomination for several awards, successfully reviving the Shrek universe, and potentially paving the way for future franchise installments. However, the most interesting and laudable aspect of The Last Wish is its approach to fame-and-fortune culture — instead of idealizing the endless pursuit of seeking for more and climbing to the top, the movie encourages embracing the life you are given, and the gifts that come with it.

Throughout the course of the film, Puss changes considerably as a character. The Last Wish begins with a smug, confident Puss brazenly and easily confronting his opponents, with a sense of invincibility and no fear of death. However, all of this changes after Puss suddenly finds himself on his ninth and final life, forcing him to address the subject of mortality. When he is approached by a powerful wolf, an opponent rivaling his combat skills and threatening his last life, Puss feels fear for the first time and abandons the fight. He seeks refuge with a cat rescuer until he hears tales of a map leading to a Wishing Star, and resolves to grant himself nine more lives with it, so he will be able to continue his dangerous adventures fearlessly. Accompanied by the puppy Perrito, who he met at the cat rescuer’s sanctuary, he sets off on a journey to retrieve the map to the Wishing Star from the villain Jack Horner.

While Puss is stealing the map, he encounters Kitty Softpaws, an old flame of his who is also stealing the map. Another party — Goldilocks and the three bears — comes in search of the map as well, and after a fierce skirmish, Puss, Kitty, and Perrito end up with the map and follow it to the Wishing Star, with Goldilocks’ party and Jack Horner not far behind them. While on their way to the Wishing Star, Kitty and Puss discuss their desire for their own wishes, while Perrito — although he has no wealth, fame, or family — doesn’t have a wish. Kitty and Puss reconcile their past conflicts, and grow closer to each other during the journey, but Puss abandons her in fear of his last life after the wolf he fought at the beginning of his journey returns. Puss discovers that the wolf is death himself, and chooses to make peace with him by admitting that while Puss fears death, he wishes to live his last life surrounded by those closest to him. The wolf allows him to do so, leaving Puss and the others, who proceed to destroy the Wishing Star to prevent Jack Horner from using it for evil. By the end of the story, Puss has transformed from a fearless hero seeking adventure and fortune into a humble protagonist, knowing the fear of death and yet choosing to embrace the life and friends he is given, instead of running from death by wishing for more lives.

Throughout the story, each character discovers that the wish they desire to have granted can already be found in their own lives. Puss desires more lives, but discovers the value in his last life spent with friends. Kitty wishes for a friend she can confide in and rely on, and she gains this through her friendship with Puss. Goldilocks, an orphan raised by the three bears, wishes for a family, but discovers that the bears who raised her had been her family all along. Through these wishes and their resolutions (without the aid of the Wishing Star), the characters mature and develop, realizing that they don’t need a supernatural wish to be happy. Their desires and dreams are already present in the lives they have, and instead of pursuing more, they choose to be happy with the gifts they already have. Puss in Boots: The Last Wish does a wonderful job of illustrating the importance of gratefulness, and valuing what life offers you instead of endlessly searching for more.