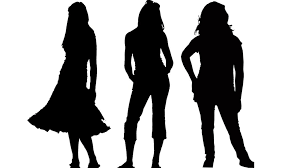 The role of the media is to provide information that can influence, educate, or dehumanize society. Music, TV, and magazines in the 1960s began exposing these forms of media. Besides disasters and political occasions, the news in the 1960s mainly focused on popular culture, new technology, and fashion. Teens, especially teenage girls, were their target audience. Susan J. Douglas’ book, Where the Girls Are, exemplifies the empowerment of teen girls through different forms of media in the 1960s. It explored the limitations popular culture placed on their freedom and the comparisons contemporary media makes of sexuality and female power.

Douglas explains that in the mid-1960s, tens of millions of teenagers erupted, and advertisers, movie makers, and TV producers of America realized that they were not just a big market: they were humongous. In a 1963 article titled Teens Grow as a Top Target for Many Products, Printers Ink estimated that already some 20 million teenagers personally spend an average of $550 million annually. This generation's diversity and individuality urged them to be different from others; specifically their parents,  who made them work together to abide by their standards. The changing meanings of “boy” and “girl” also started. People had to get used to seeing girls wear pants instead of skirts, men growing their hair out, and many other things of the opposite nature. The separation from the traditional gender norms sparked the act of social activism undertaken to defy gender roles and sex-role stereotypes.

After seeing this change, an ad campaign portrayed many images of teenage girls and young women, who personified the blending or management of defiance and conformity. When pictures of such arrived, new female icons, such as thecareer girl, the Beatles fan, and the perky TV teen, started to forsake prescribed female traits like being submissive, sensitive, or sexually passive. These ideal characteristics gave ideas to magazines on the kinds of quizzes, pictures, and information that should be added to their collections. Magazines such as Seventeen, Glamour, Teen, and Mademoiselle increasingly brought up models, advice columns, and endless quizzes. The quizzes caught the attention of many teenage girls because they would sort each individual into a fun category by asking several questions like, “Who are we?” and “How could you fit in with everybody else yet still be a distinctive individual?”. The questions were broad but intentional about what the magazines wanted from teens, and this was reflected by the types of categories that were offered. . For example, Four Party-Givers: Which Type Are You? Glamour magazine makes one fall into one of the four categories suggested: a planner, a traditionalist, a romantic, or an extemporizer. These categories limited a person's individuality because magazines needed increased self-scrutiny.

The rejection of traditional ideals led to prefeminist terms, and according to Douglas, female perkiness was a camouflage. It restrained and channeled teen girls’ sexuality into antics and plots while giving girls some sense of control. Celebrity girls acted out against this excitement of perkiness because it drifted them away from what they originally wanted to abide by. Perkiness was a disguise of sexual energy, a rebellion against adult authority, defiance of traditional gender code, and a howling send of outrage.

If it was not the image of being perky, then it was an image of a victim of Beatlemania. Beatlemania, the rise of the Beatles, marked a critical point in the evolution of girl culture. The Beatles defied the expectations of traits in popular culture for a boy group. Their music enabled teenage girls to believe in and love themselves. The band always combined the masculine and feminine traits of rock ‘n‘ roll in their music. Whether it was their appearance or their style of performing, the Beatles always seemed to acknowledge everyone. The popular soft layered harmony styles of girl groups that the Beatles incorporated into their music pushed the conventional musical codes of masculinity and femininity against each other in a way that entertained their fans. Their music bridged safety and danger because The Beatles included a kind of sexual energy in their music that was perceived as entirely genuine and nonaggressive.

Beatlemania formed a bond between musicians and listeners that brought a satisfying feeling of completion. It was a manifestation of the fear that we knew nothing about ourselves except that each of us was full of unchanneled longing and a desire to not end up like our mothers. . The Beatles empowered women to do things that satisfied them.

Despite girls being taught to live a certain way, they felt free enough to faint, scream and act like themselves when at a Beatles concert. The Beatles’ success showed that girls wanted some gender boundaries blurred.The role of a woman is to be able to cook, clean, and provide for the family by doing household duties. In a comedy TV show called Gidget, the main character, Gidget, cooks and serves dinner. Inge, her friend, insists that she is not having fun and demands to be taken out, but refuses to help Gidget with the dishes. If women did not abide by these casualties, they were considered spoiled, lazy, or unfit to be a woman.

The 1960s made people believe that to be too feminine meant to be self-centered, helpless and sexualized. In another episode of Gidget, Gidget was teaching Inge how to act helpless and seductive to get boys to carry her books, buy her food and take her out on dates. Shows like this in the 1960s always tried to show what constitutes equality for girls. In Gidget, theyinsisted that girls not to be slaves to men, but to get their way.

On the other hand, popular culture made women think that doing the wrong thing the right way was ok for everyone to follow. But in all actuality, it just made women so similar that no one could be themselves and follow their standards. However, when the Beatles spoke to girls, it made them feel so much more powerful than how society made them feel. Through it all, the mass media reinforced the importance of individualism and conformity of being more like boys yet still very much a girl and offered perkiness as a temporary compromise. It was up to the teens to decide who they wanted to be and what they wanted to follow.